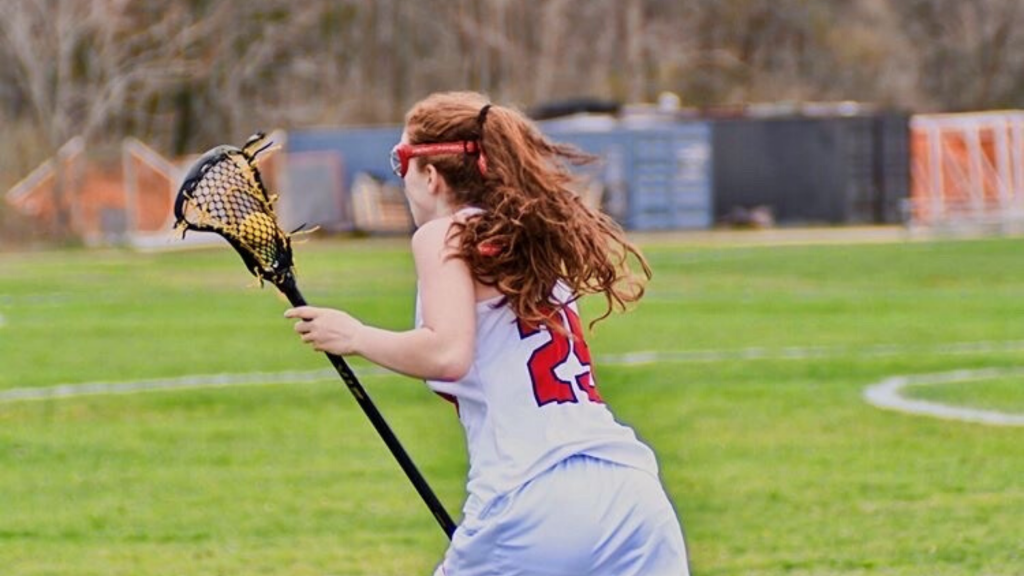 Syosset’s Jillian Hooey is a young gun who is filled with grit, passion, and has the will to do what it takes to be great and help the team win. These are qualities that embody what Long Island Lacrosse is all about. She credits her competitive nature to her older sister, Sally, who she had the fortune of playing with for 3 years. Hooey’s lacrosse journey started as a kindergartner and she has played for various teams along the way. As part of a talented Braves team, she is ready to make a big splash on the offensive end along with the rest of her teammates in 2021. Not only will she have the opportunity to put up great stats, but the things that she learned from the older players when she was a freshman can rub off onto the younger players that will be playing on the team next year. Last season Syosset finished with a 9-6 record, and Hooey believes that they have the talent, chemistry, and coaching that they need in order to bring home a championship. Check out the full interview with Jillian down below as she recently spoke with the LILJ.

Q. How did you get into playing lacrosse?

A.  My first experience playing lacrosse was in kindergarten, and it was a bit of a disaster. My parents’ friends had told them about a fun lacrosse camp, so they enrolled me without any prior knowledge of lacrosse. They sent me in with a toy fiddle stick!  Since then, it’s gotten much better, thank God! I joined the most amazing Syosset PAL team and made Team Elevate ‘22 Blue. Many of those teammates have grown to be my best friends. The bonds that made me first love the game back then continued to this year, with practically all of our 2011 PAL team reunited on the Syosset Varsity Lax field!

Q. What was it like getting to play with your older sister last season?

A.  I am so lucky!  Sally is not only my sister, but she is also my best friend and my teammate on Varsity Lacrosse and Varsity Volleyball.  I grew up admiring her as she dominated the field, and her drive inspired me to work hard and be the best I could be. As we got older, our competitive spirits fueled the passion we both held for this game. She would beat me on the draw and then teach me why. Her coaching abilities and hustler spirit are what made me into the player I am today. That’s why playing next to her for three years has been so incredible. And, sure, it was great playing on a team filled with my friends, but the most special part was playing next to her!

Q. Were you able to learn a lot from the juniors and seniors last year?

A.  Yes, for sure. They welcomed me from day one as an 8th grader, always making me feel part of the family even though I was younger. They were like my mentors teaching me how to compete on a high school team. And, once I had made it into the high school as a freshman, they would always smile or say hi in the hallways to brighten my day. On the field, these girls are so intense and play at such a high level that it was impossible for me not to elevate my game. I think one of the most valuable lessons they taught me, though, is the importance of mental toughness and confidence on and off the field.

Q. What would you say is the strongest skill you bring to the table?

A.  I would definitely say that my dominant size is one of my biggest strengths; I can thank my 6’4” dad for that lol!  Yet I believe that grit is an even more important strength of mine. During this winter pre-season, knowing that this was an important spring, I intensely trained to build up my stick skills and speed through box lacrosse, lots of agility training sessions, and consistent skills sessions with Team Elevate. My versatility and hustle have helped me outrun or defensively drive out opponents.

Q. How do you see yourself and your teammates on the offensive end stepping up next season with Kayla Gulmi and Kendall Halpern graduating?

A.  We are going to miss Kayla, Kendall and the rest of the seniors so much next year and they leave big shoes to fill. Next year’s offensive line is stacked and ready to go, though, with Nikki Fanelli, Megan Kitagawa, Mallory Ngitngit, the Igneri twins, and me. The team has tremendous talent with the majority of athletes playing intense and competitive club ball all year round.  Utilizing all of our talent in team plays will make us unstoppable.

Q. How close do you believe Syosset is to winning a championship?

A. We are there!  A lot of the underclassmen, soon to be upperclassmen, have been playing together since that first camp in kindergarten. The talent, connections, and chemistry we have gives us the solid foundation which Coach Lomo and Coach Bridget will transform into a winning team. They value hard work on and off the field from intense 7v7 at every practice to team bonding days and pasta parties.  Coach Lomo and Coach Bridget’s leadership will drive us to a championship in 2021. I believe, as Captain America did in Age of Ultron, that we will do it as a team.