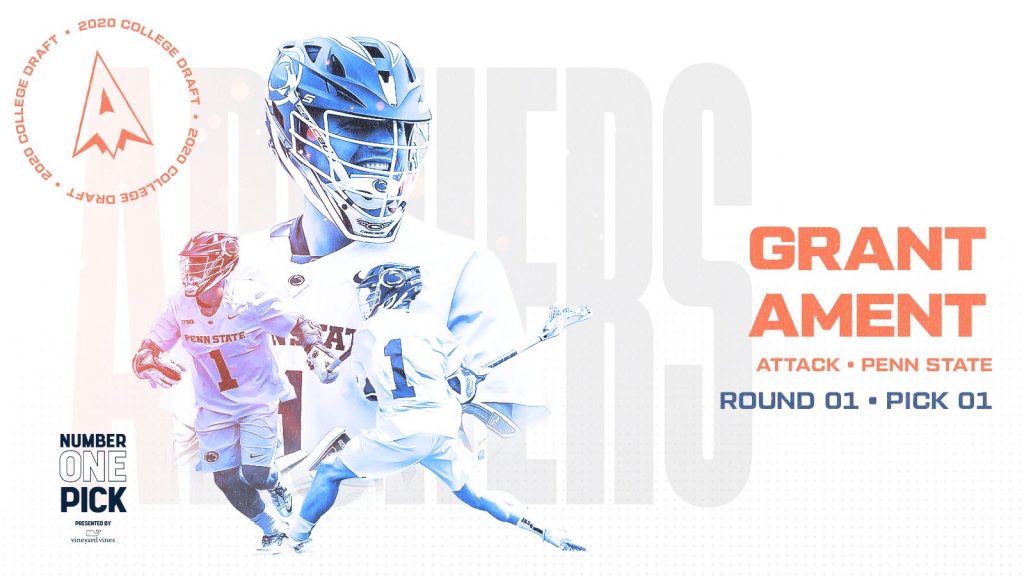 Last night marked the beginning for 14 individuals who heard their name called in the 2020 PLL College Draft. The Archers Lacrosse Club drafted attackman Grant Ament out of Penn State with the first overall pick. Ament was expected go No. 1 after he announced he was not going to return to Penn State for his extra year of eligibility. Last night on the broadcast, Ament spoke about how much it means to him being drafted.

“It’s a dream come true for me. I wrote in my sixth-grade yearbook it was ‘to play lacrosse at Penn State and go pro,’”.

Long Island native Matt DeLuca was taken eighth by the Waterdogs Lacrosse Club. DeLuca is from Farmingdale, where he is a former All-American at Farmingdale High School. He played collegiality at the University of Delaware and was one of the top goalie’s in the Colonial Athletic Association. He is also ranked sixth in school history with a 10.08 career goals per game average. The Waterdogs are the newest expansion team in the PLL, founded in January of this year. Before taking DeLuca with the first pick in the second round, they drafted Michael Kraus third overall. Here are all 14 players that were taken in this years Premier Lacrosse League College Draft.