Furman Lacrosse Forced to Shutdown due to Financial Concerns 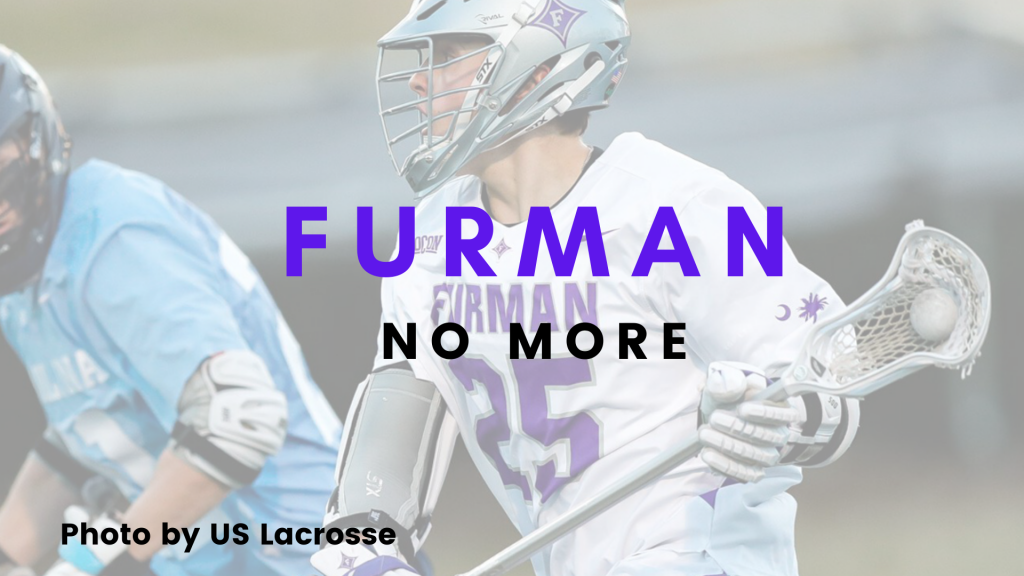 Furman University has announced that they will be discontinuing their men’s lacrosse and baseball program due to impact that COVID-19 has caused financially. The South Carolina based school is the first Division I school to shut down their men’s lacrosse program since Presbyterian back in 2011. In an email by the school Athletic Director Jason Donnelly, he expressed how tough the decision was to end the program.

“This difficult decision involved thoughtful consideration of all of the student-athletes who chose Furman to pursue their degrees and dreams of playing Division I lacrosse. Students, you have worked extremely hard on the field of play and in the classroom and have represented Furman the right way.”

Donnelly also stated that right now they are focused on supporting everyone who has been affected by the program being cut, including the student athletes, coaches, and the alumni that have shown their support to the programs.

This season the men’s lacrosse team had a 1-6 record before the remainder of the season was cancelled. They were led by Head Coach Richie Meade who has been at the helm for the last seven years. The roster featured five players from Long Island, including Andrew Jenet, Jack Rooney, Cole Horan, Jack Schleicher, and Kyle Korwan. They spoke with the LILJ about the disappoint that the program has been discontinued, as well as what it meant to them having the opportunity to play for Furman.

The disappointment is there for Andrew Jenet, but he says he will never forget his time at Furman, both on and off the field. He will be looking to continue his lacrosse career elsewhere as he heads into his sophomore year. “Although my time as a Furman lacrosse player has come to an end, the relationships made, the lessons learned, and the experience of living in the south will remain with me forever. Now as a rising a sophomore, I am focusing on the new direction my athletic and academic careers will take. That being said, I have entered the transfer portal with the intention finding a new home.”

For junior defenseman Cole Horan, his time at Furman meant so much to him even beyond playing lacrosse. “Furman Lacrosse means more to me than the sport of lacrosse. I committed to Furman as a young kid and believe this place helped turn me into a man. I’m proud of the things this group accomplished. The family and bond that was created is one that cannot be discontinued or cancelled. Thank you to the former players, coaches, alumni base, and any individuals who helped Furman Lacrosse go so far in so little time.”

Kyle Korwan who is going into his senior year, didn’t know about Furman until he was recruited by coach Meade. Although it’s not how he expected his career there to end, the three years that he spent at Furman are unforgettable. “I’m forever grateful that they allowed me to go south and play. Furman Lacrosse allowed me to make friendships that will last a lifetime and really molded me into the person I am today. While this is certainly not the way I imagined my career at Furman ending the brothers I have gained over the course of my three years will be there for the rest of my life.”

Freshman midfielder Jack Rooney said what it meant playing with his teammates for the coaches. “It meant a lot playing with such a great group of guys and dedicated coaches, and we really thought we were going to compete in conference play.

Rooney also expressed the disappointment he feels for the seniors on the team that may not have the opportunity to take the field again. “It sucks the way that it ended. I couldn’t feel worse for the upper classmen who may never play lacrosse again. It was a great program with a really close group of guys and I will cherish the bond we had.”

According to the statement released by Furman, there aren’t any plans reinstate either of the sports. As of May 19, there are 12 players that are in the NCAA Transfer Portal.