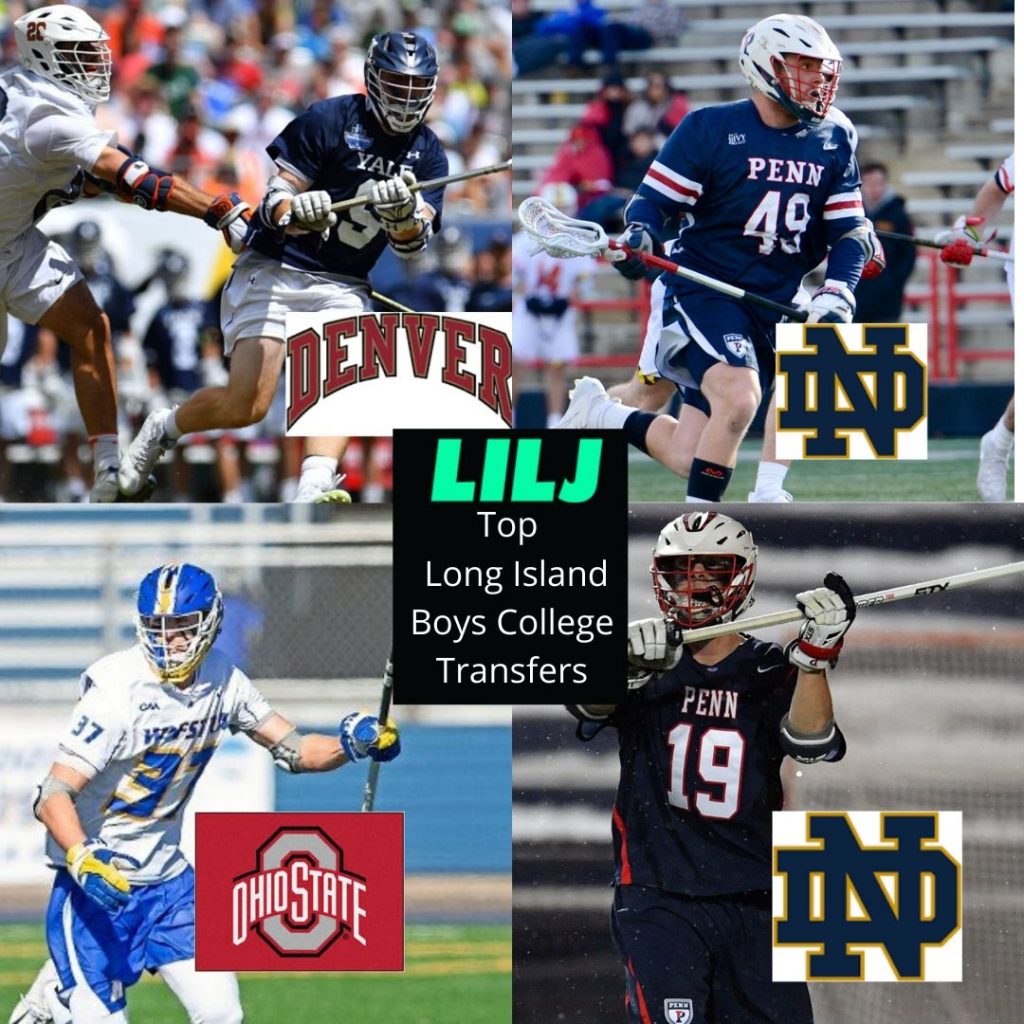 The cancellation of the 2020 lacrosse season means changes for so many college players. With seniors seeing their final season get cut short, they are exercising their right to play for a fifth year which was granted by the NCAA. Many of Long Island’s talented players will be transferring to different schools to play their extra year. While the majority of the players that will be changing schools are seniors, their are some who still have a lot of time left in college who might just be looking for a fresh start. The uniforms that they wear next year will be different, but their amazing play on the field won’t change. Here are Long Island’s top college transfers.

Kyle Gallagher: University of Pennsylvania’s Kyle Gallagher will be transferring to Notre Dame for his fifth year of eligibility. As a face-off specialist, he started all 16 games in 2019 where he won an outstanding 62.5 percent of his face-offs, and scooped up 169 ground balls. He also was member of the Third-Team USILA All-American, Third-Team Inside Lacrosse All-American, and Second-team All-Ivy. Gallagher played high school lacrosse at St. Anthony’s which is one of the top high school lacrosse programs in the nation.

Lucas Cotler: Yale midfielder Lucas Cotler will be heading to Denver University to play his fifth year. While playing for the Bulldogs, Cotler earned the honors of NEILA Pre-Season All-New England First Team. Before playing for Yale, he played at Syosset High School where he was a US Lacrosse All-American, Under Armour All-American as well as First Team All-Long Island, Second Team All-Metro, All-Conference 2014, and All-County 2015-2016.

Kyle Thornton: After being a defenseman for the University of Pennsylvania, Kyle Thornton will be transferring to Notre Dame to play his fifth year of eligibility. He started all 21 games between 2019 and 2020. He was the captain of the defense this season and is a two-time Honorable Mention All-Ivy. Before playing in college, Thornton played high school lacrosse at Chaminade which is one of the top high school lacrosse programs in the nation.

Eric Wenz: After playing locally at Hofstra University, Eric Wenz is transferring to Ohio State for his fifth year. The defenseman spent all four years at Hofstra where he was named to the 2020 preseason All-CAA team by Inside Lacrosse. In 2019, Wenz finished second on the team in caused turnovers with 11. In high school Wenz played at St. Anthony’s and is a member of their NSCHAAA State Championship team in 2016.

Alex Concannon: Midfielder Alex Concannon will be transferring from John’s Hopkins, but has not decided where he will be playing for his fifth year of eligibility. In 2016, he was ranked as the #64 freshman in the nation and the #19 freshman attackman by Inside Lacrosse. In the 2018 season, Concannon was sixth on the team in scoring and was fourth on the team in scoring in 2019. At Syosset High School he was a two sport athlete, playing both football and lacrosse. In four years on the varsity lacrosse team he recorded 125 goals and 83 assists.

Finn Goonan: Defenseman Finn Goonan has not yet decided where will be playing his fifth year, but he will be leaving The University of Michigan where he  made the Academic All-Big Ten. In his four years there he was ground ball machine, picking up 55 of them in the 2018 and 2019 seasons combined. When he played for Northport High School, he was a two-time All-League, All Suffolk County, and a team captain.

Justin Lynsky: After playing for four years at Holy Cross, attackman Justin Lynsky will be transferring for his fifth year of eligibility, but has not yet decided where he will be spending his extra year. This season in the seven games Holy Cross played, he led the team with 12 goals. Lynsky was also ranked 10th nationally and fourth in the Patriot League with four man up goals. Playing for Massapequa high school, he was Named All-County and  Academic All-County in 2016, and recorded 138 points, scoring 89 goals and tallying 49 assists.

Dylan Pallonetti: Freshman Dylan Pallonetti will be returning home to play at Stony Brook University. He is returning after just one year at the University of Maryland. As an attackman for Ward Melville, he was one of the all-time great scorers, ranking fifth in goals scored in Patriots history. Pallonetti started every game in his four years on the team, winning two state championships. He was also an Under Armour All-American. 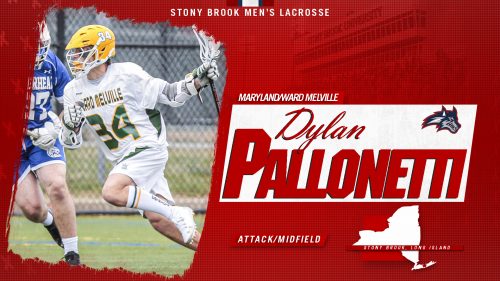