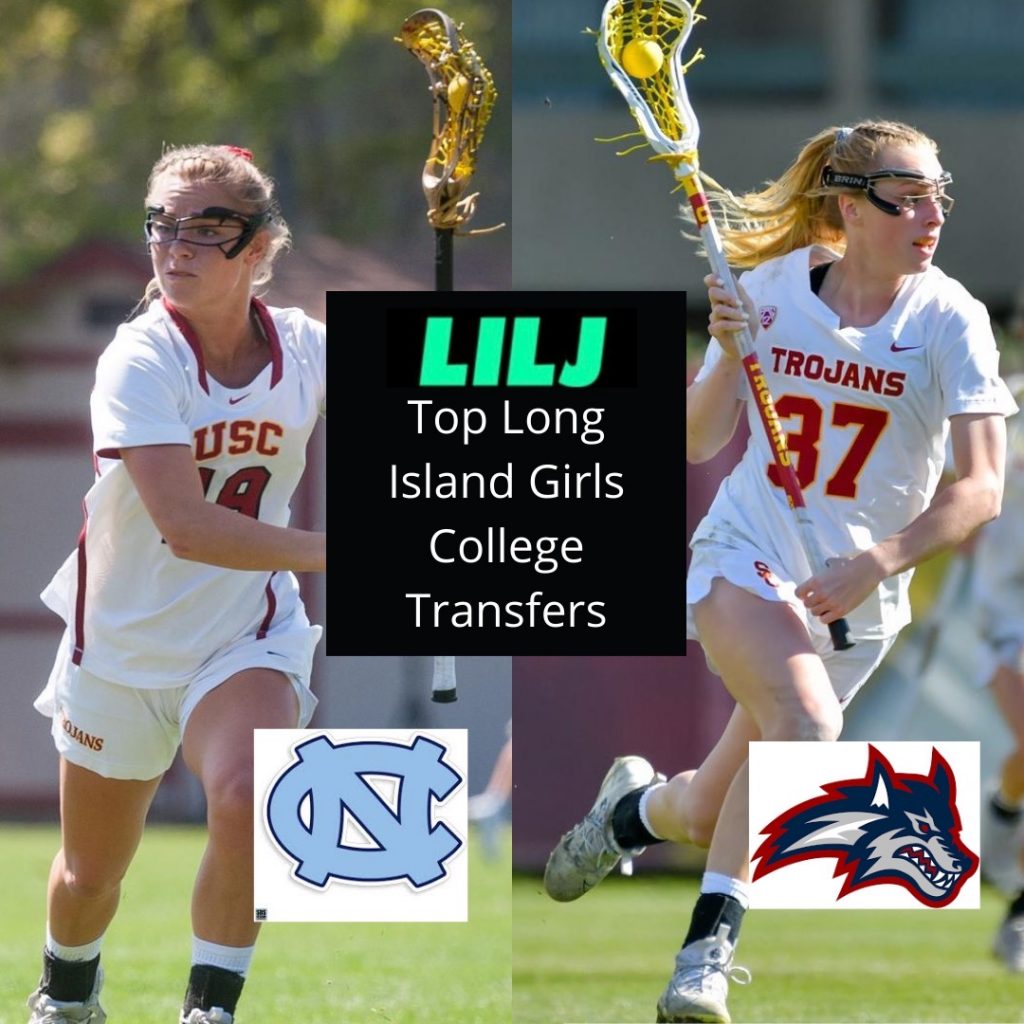 The cancellation of the majority of the 2020 season meant that many players played their last game with their team. With the NCAA granting a fifth year of eligibility for seniors, some of them will be taking advantage of the opportunity and will be transferring to a different school to play their extra year. Others who still have much of their college careers ahead of them will also be playing elsewhere next season. While these players will be wearing a new uniform, the excellence that they’ve consistently shown on the field won’t change. Here are Long Island’s top girl transfers.

Kerrigan Miller: After playing for four years with the USC Trojan’s, midfielder Kerrigan Miller will be heading to No. 1 ranked UNC to play her fifth year of eligibility. She leaves USC as an All-American midfielder, two-time Pac-12 All Conference First Team, and two-time Pac-12 Midfielder of the Year. Between the 2018 and 2019 season, she started all 38 games and was second on the team in ground balls and draw controls in 2019. Miller played high school lacrosse at Bayport-Blue Point where she was one of their most decorated players. She was Inside Lacrosse’s No. 1-ranked overall recruit (2016-17), two-time U.S. Lacrosse High School All-American, Five-time All-Division, four-time All-County, and two-time All-Long Island First Team.

Kaeli Huff: Midfielder Kaeli Huff has spent the last four years with the USC Trojan’s. For her fifth year of eligibility, she will be heading back home to play at Stony Brook University. In 2019, Huff Started all 20 games, recording 24 goals and six assists. She is also a member of the 2018 Pac-12 All-Conference First Team. Huff played in high school at Eastport-South Manor where she was a two- time U.S. Lacrosse High School All-American, four-time All-Division, three-time All-Country, and two-time All-Long Island.

Kerrin Heuser: Stony Brook’s Kerrin Heuser will be transferring to Adelphi after one year with the Seawolves. As a midfielder at Hicksville High School, she became the all-time leader in goals scored with 225, and was a four-time All-County and a two-time All-Academic All-American.