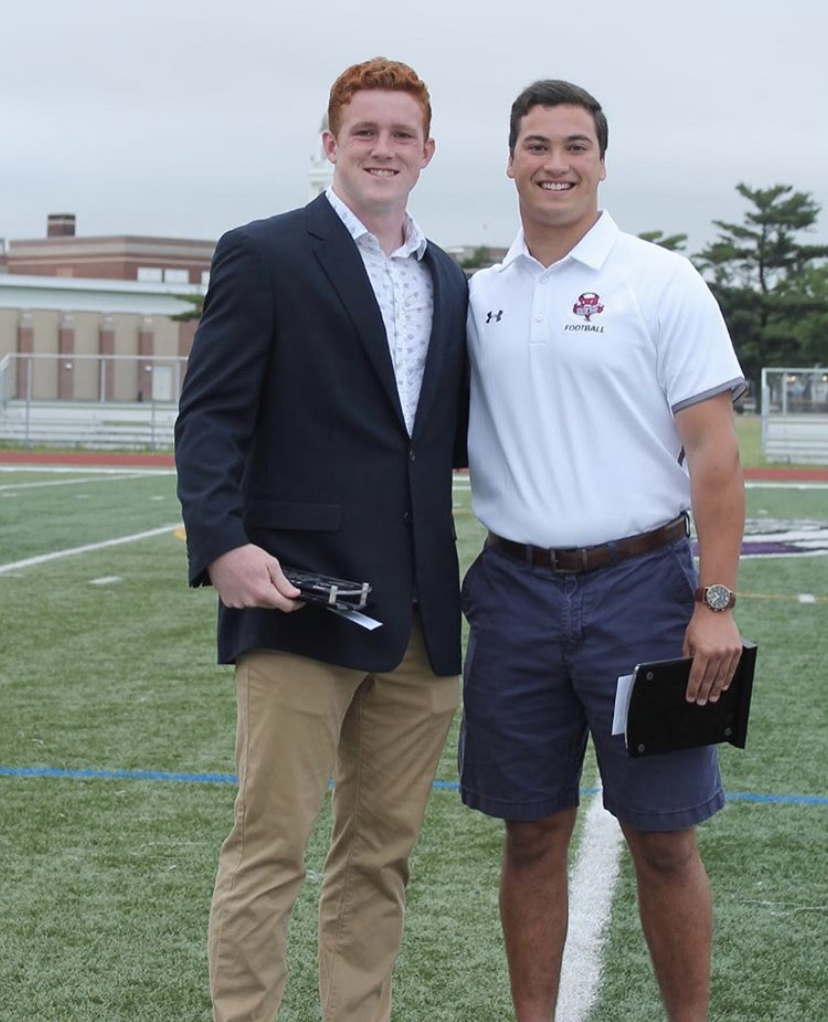 Earlier this month, the first Inaugural Tom Flatley Award was given to two members of the Long Island Lacrosse community. The award, named after the legendary Garden City coach who passed away in May, will be given to male football and lacrosse student athletes who have shown strength and leadership on and off the field. This year’s recipients are Hugh Kelleher of MacArthur and Nick LiCalzi of South Side. Kelleher will be attending Cornell in the fall, while LiCalzi will be heading to Navy. Their activism within their respective communities was unprecedented.

Kelleher was a frequent volunteer at school fundraisers. As a member of his school’s varsity lacrosse and football programs, his talent and leadership seemed effortless. The two time All-American is known to have the clutch gene, making significant contributions in both sports. He explained just how much the award means to him.

“I was very honored and humbled to have received the Inaugural Tom Flatley Award…” Kelleher explained. “He was such an excellent coach and person and has left a lasting impact on so many people in our community.”

LiCalzi  is still extremely active in his home town. The recent graduate helped out within his church during the pandemic and helped make PPE for essential workers. The LSM’s actions on and off the field have him set to attend the United States Navy Academy later this year. He shared a similar sentiment when talking about the recognition.

“I asked my coach (Coach Horl) what it was like to play for Mr. Flatley– He told me that when he spoke, everybody listened”, he explained. “Just by hearing stories from others, you can see the influence that he had on everyone he knew. I’m honored and blessed to have received this award.

The Tom Flatley award is to be given out annually, and will continue to represent the finest that Long Island has to offer. It is the standard set by a coach who will go down as one of the greatest of all time.