Kayla Downey is Making Her Way to Coastal Carolina 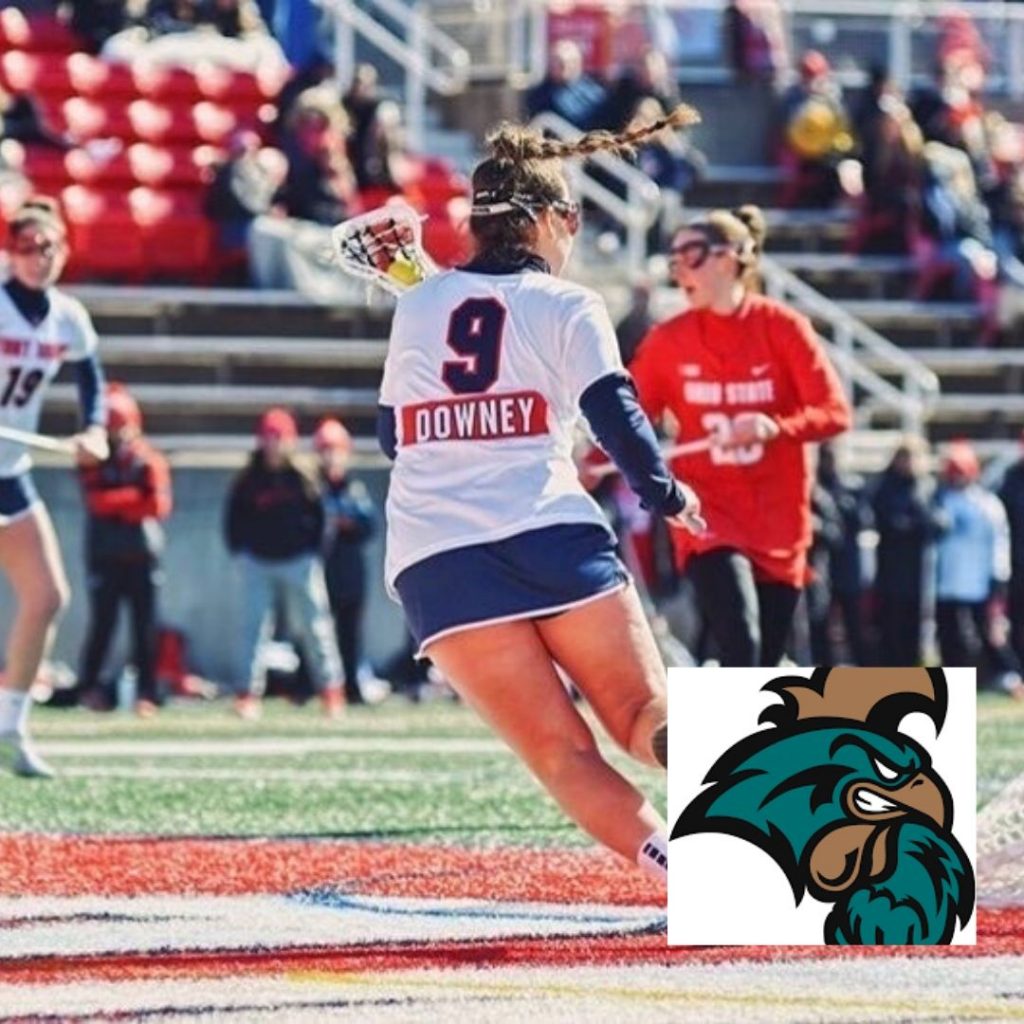 Attacker Kayla Downey was one of the top players in the class of 2019. In her senior season at West Babylon High School, she scored an incredible 60 goals and recorded 31 assists. Downey isn’t just an elite offensive player. She was also one of the most well rounded players in her class, leading the team in caused turnovers, ground balls and finishing third in draw controls. Downey completed her first year of college at Stony Brook University where she played and started in four of the five games they played this season, helping them to a 5-1 record. After one year with the Seawolves, Downey is preparing to start a new chapter in her lacrosse career. She is transferring to Coastal Carolina University where she will look to fit right in with the current team that they have in place and have an instant impact for the Chanticleers. Read more about Kayla Downey below where she talks about what went into her decision to transfer down south, as well as what her best attributes are, and some of the difficulties in transitioning from the high school level to the college level.

Q. As one of the top players in the class of 2019, what would you say is your best attribute?

A. I’d have to say my best attributes are my field sense and IQ.

Q. After getting to play in a few college games, are there any noticeable differences in the game at the college school level compared to the high school level?

A. High school and college lacrosse are two very different things. The hardest adjustment for me was that the defenders could now run through the crease. As an attacker, attacking from X was much harder than it was in high school.

Q. What led to your decision to transfer from Stony Brook to Coastal Carolina?

A.There were many things that went into my decision but I really wanted to go away. Being just 45 minutes away from my house was something I didn’t want anymore. I want to experience something off of the island.

Q. How do you see your game fitting in to Coastal Carolina’s team?

A. Coastal Carolina’s 2020 team was filled with many great attackers. I think that my feeding abilities and working inside will fit right into their offense.

Q. What team goals and or individual goals are you hoping to accomplish at Coastal Carolina?

A. As a Chanticleer, I hope to help my team win the conference and to be an impact player fairly quick.