Then and Now; Rob Molfetta 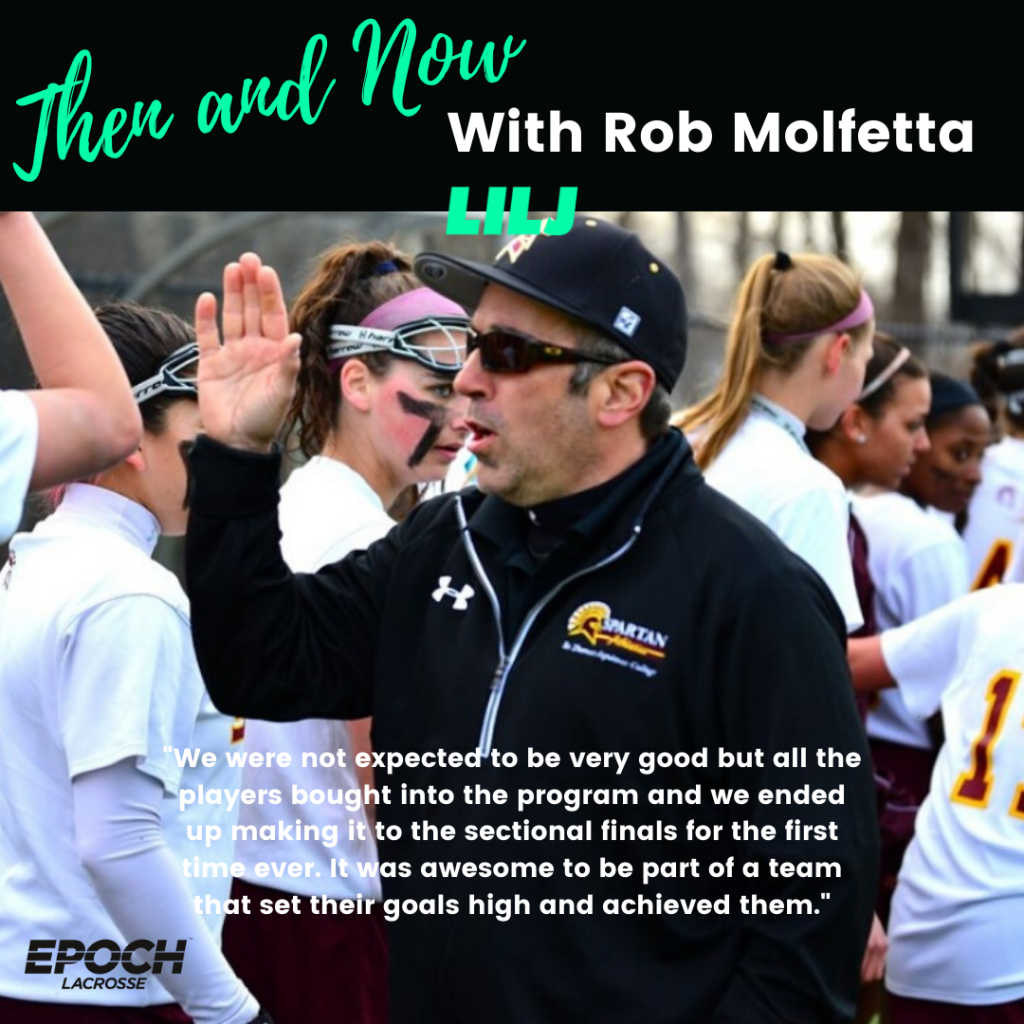 Rob Molfetta fell in love with the game when he was in the sixth grade. He started out playing baseball, but says once that lacrosse stick was put in his hands he was hooked. He remembers the first lacrosse stick he ever bought was a Brine Superlite for $20. Molfetta was an attacker at Carey High School until his senior year before he switched to goalie. Molfetta went on to play in college for three years, spending two years at Hofstra University and one year at SUNY Geneseo. Not only did he enjoy playing the game, but he also loves teaching the game which is how he knew from a young age that he wanted to be a coach.

“I knew I wanted to coach as a young kid because I enjoyed teaching the game and being around athletics. My senior year in High School I coached a Little League team which was so much fun and then coached again when I was going to college. I had so much fun that I knew it was something that I wanted to do in the future.”

Molfetta has had such a desire to become a coach that it led him to switch careers 15 years ago and become a teacher so that he would have the opportunity to coach at the high school level. He was the coach of the Mahopac High School varsity girls lacrosse team from 2005-2009. After that he was an assistant coach at the college level, spending time at St. Thomas Aquinas College from 2011-2014 and Iona College from 2015-2016. Since 2017 he has been the head coach at Hendrick Hudson High School, where he has had some of his best coaching moments.

“The best moment of my coaching career was the first year I coached at my current position at Hendrick Hudson High School. I took over a team that I did not know and started the season with 3 8th graders on the team. We were not expected to be very good but all the players bought into the program and we ended up making it to the sectional finals for the first time ever. It was awesome to be part of a team that set their goals high and achieved them.”

Since becoming a coach Molfetta says that the way he views the game has definitely changed compared to how he saw it as a player.

“As a coach you have to be involved in every aspect not just your position. You have a different level of visibility than as a player. I can see things develop faster and it helps me to make adjustments during the game.”

In addition to being a head coach, Molfetta is also a father of four children who have all played lacrosse. His oldest daughter Tricia played in college at Stony Brook University and is now the head coach at Pace University while his other daughter Gina is currently a volunteer for Harlem Lacrosse and was a goalie at Canisius College. His son Kevin was a goalie at Mahopac High School and his youngest son Kevin played for two years at American International College.