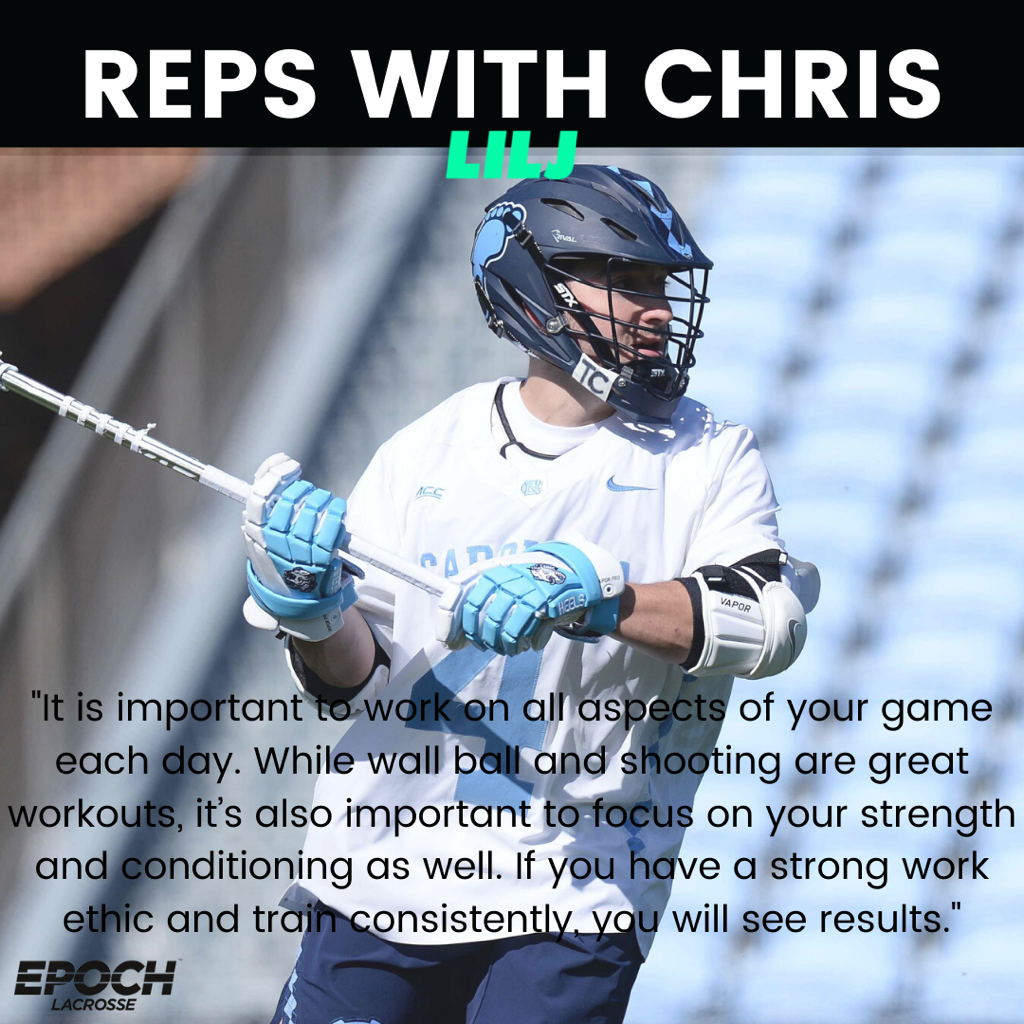 UNC Lacrosse Star Chris Gray didn’t achieve his D1 dominance overnight. As a Long Island lacrosse prodigy, the college junior spent years mastering his craft at Shoreham Wading River high school. The lethal attack man won multiple awards during this tenure, a status equally matched by his ability on the football field. He would later attend Boston University, where he played two spectacular seasons. In his freshman year, Gray was named a USILA All-American, 2018 Patriot League Rookie of the Year, and First Team All-Patriot League selection. The following season marked even greater heights for the player, as he currently leads the NCAA Patriot League record with a stunning 111 points. As one of 2020’s Inside Lacrosse Preseason Media First-Team All-Americans, Gray is a testament of the hard work and dedication that has been put into the game. We recently asked the star about some tips that he would give to up and coming players. See below to read the full article!

It is important to work on all aspects of your game each day. While wall ball and shooting are great workouts, it’s also important to focus on your strength and conditioning as well. If you have a strong work ethic and train consistently, you will see results.

Off the field, watching film on players that play the same position as you is a great way to develop your lacrosse IQ. Mental reps are just as important as physical reps as the film you watch can translate to what you do on the field.

Having great stick skills is one of the most important aspects of the game. If you want to compete at the highest level, it is important to develop your stick skills every day by playing wall ball. Consistency is key will stick work – the more time and effort you put in, the better your stick work will be.

Fueling your body with healthy foods is an essential part of training. This will allow you to see results in the weight room and on the field.

When you are practicing by yourself try to be creative. It is essential that you focus on the fundamentals of the game but also don’t be afraid to try new shots or passes. For me personally, I love working on my backhand and behind the back shots because in some situations, they are sometimes the best option.