Then and Now; Kevin Cassese 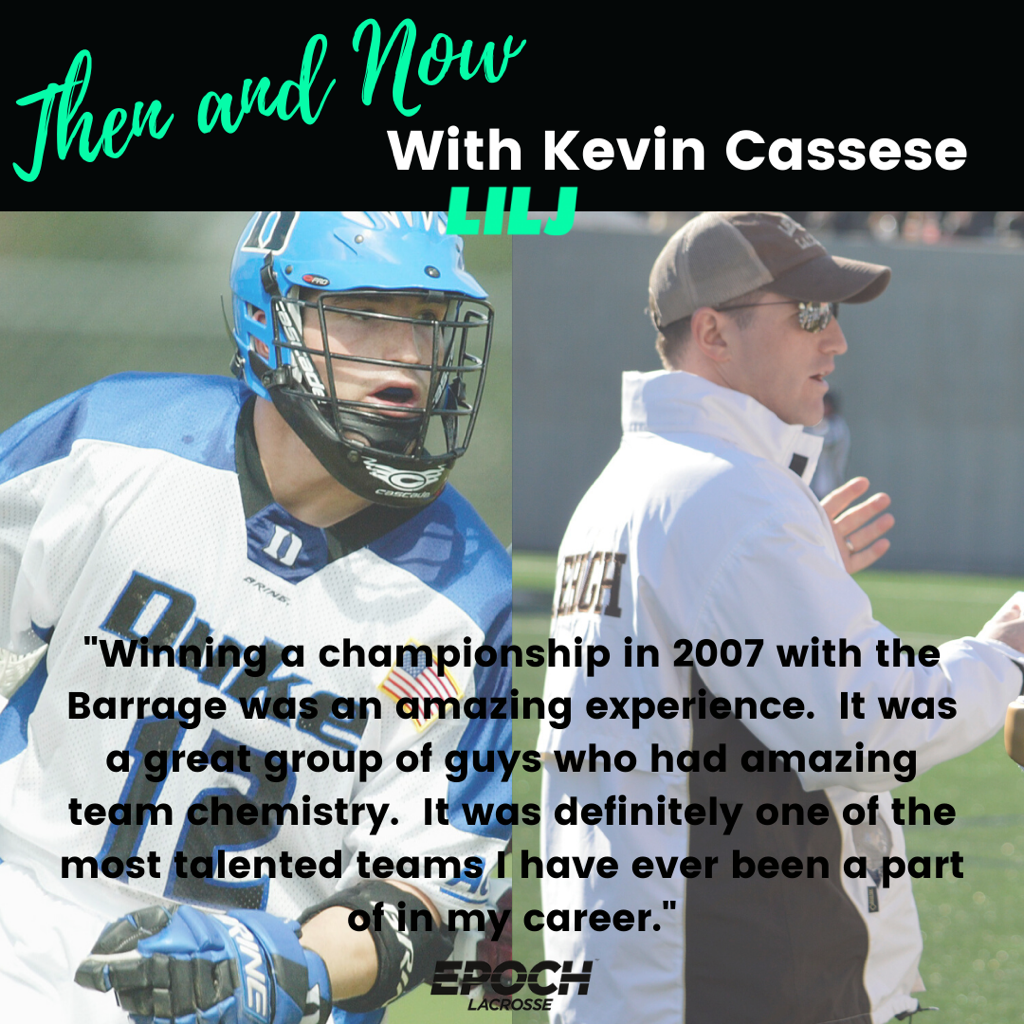 Kevin Cassese began playing lacrosse at a young age after being introduced to the game by his travel baseball teammates who played. John Banks, who was a dad of one of his teammates invited him to an indoor practice which is where he first really got into the game. Cassese also played on a Comsewogue youth lacrosse team coached by John Dobias which also helped spark his love for the game. Cassese attributes his love for the game to those two men.

“Those two men were instrumental in helping me find my love for the game at a young age.”

“I actually chose Duke because it was one of the few schools that recruited me with an option to play both sports.”

Primarily recruited by Duke to play lacrosse, Cassese spent his freshman year only playing lacrosse as he got acclimated to the school and the academics. After preparing to play both sports in his second year, he had a change of heart and opted to focus solely on lacrosse in order to continue to improve his game.

” I was all set to play football my sophomore year, but decided at the last minute to keep the focus on lacrosse. I felt I needed to improve my game in several areas, and was concerned I wouldn’t be able to do that if I was playing football in the fall instead of fall lacrosse. It paid off because I saw the biggest improvement and greatest jump in production from freshman to sophomore year at Duke.”

While Cassese was continuing to improve his game, Major League Lacrosse had just been created and was beginning to grow. Cassese knew that if he continued to take major strides, he would have a very good chance at getting drafted. After playing at Duke for four years, Cassese was drafted with second overall pick in 2003 by the Rochester Rattlers. He described draft night as something unlike anything he’d ever been a part of.

“The draft was interesting. There was a combine at the Haverford school and then they brought all of us into the auditorium for a live draft.  It was unlike anything I had ever experienced before.  It was very cool to get drafted and know that I was going to be able to keep my lacrosse career going.”

It was during his playing career that Cassese got into coaching. He was an assistant coach at Stony Brook in 2005 and Duke from 2006-2007, while playing for the Rattlers. After being named the head coach at Lehigh University in the summer of 2007, he was traded to the Barrage which helped him get things started at Lehigh. He was part of an extremely talented team in 2007 that went on to win the championship.

“Winning a championship in 2007 with the Barrage was an amazing experience.  It was a great group of guys who had amazing team chemistry.  It was definitely one of the most talented teams I have ever been a part of in my career.”

During his seven year career in the MLL, some of his career highlights include making the all-star team in 2005, and winning a championship. With his coaching career and playing career meshing together, Cassese believes that they each helped him become better at the other.

“It was the pinnacle of our breakthrough season and the most decorated and historic season that Lehigh Lacrosse has ever seen.”

In the immediate future, some of the goals that Cassese has for his team include once again winning the Patriot League Championship after coming up short in the title game the last two years, and compete for a National Championship.

As he continues to lead the Mountain Hawks each year, what gives him the most joy is seeing players get to their full potential.

“I love watching players realize their potential.  There is a moment where it becomes obvious to everyone that the player has “figured it out” and all the struggles, all the adversity, all the effort becomes even more meaningful and even more worthwhile.  I coach for those moments.”