Top Performers in the Class of 2023 in the Summer Showdown

After a couple of long months, the LILJ finally got to see some of Long Island’s best in the class of 2023 at the Summer Showdown presented by Top Lacrosse Tournaments. After long months of these kids not being able to play the sport they love, they were eager to go out there and make a name for themselves at the Connecticut Sportsplex in North Branford. These young male athletes did not disappoint. Here are the top performers in the class of 2023 at this year’s Summer Showdown!

Connor Dobson (Goalie, Islip)- What makes Dobson a special goaltender is his excellent communication skills while on the field. Dobson also puts himself in great position to save the ball as well. 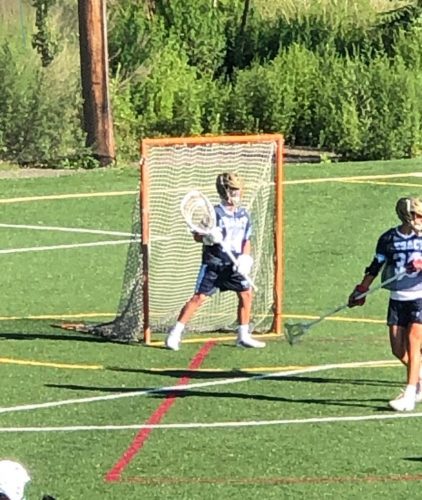 Jack Trovato (Attack, Islip)- Trovato is an extremely skilled lefty attackman who is a great step down shooter.

Nicholas Valenti ( Defense, Northport)- One of Valenti’s strengths is that he is excellent at clearing the ball.

Trevor Gayron (Midfield, Farmingdale)- Gayron can best be described as a dominate athletic midfielder. He also did a great job at the faceoff X for his club team. Gayron has a chance to be a big time player in Long Island High School lacrosse. 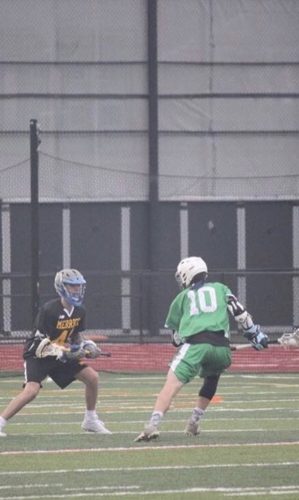 Alex Siegel (Attack, Roslyn)- Siegel is an excellent dodging attackman from the X. Siegel also sees  the field very well. Look for Siegel to be an impact for Roslyn for the next couple of seasons. 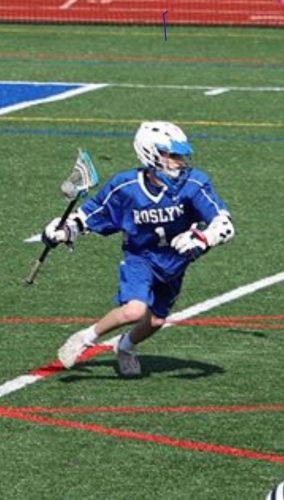 Chris Bergersen (Attack, Farmingdale)- Bergersen is a lefty attackman who possesses a high lacrosse IQ. He is a coach’s kid, and he did a great job running through stick checks all day long.

Hayden Calabretta (Attack, Cold Spring Harbor)- In one of his games today, Calabretta had a great bouncer in the upper corner for a jaw dropping goal. Calabretta also does a great job at finding the open man.

Tomaso Ramos (Midfield, Farmingdale)- Ramos got better as the games went on today. As the day went by, Ramos started to feel the game was coming to him.

Matt Pantorno (Defense, Farmingdale)- Pantorno did a great job all day defensively for his club team. He was the anchor of their defense. 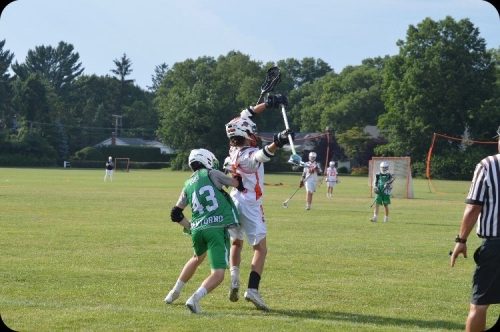 Owen Fitzgerald (LSM/Defense, Kelleneberg)- Fitzgerald was a player who really impressed me today. He made a lot of takeaways for his team, and he is a very solid 1 v 1 defender.

Charlie Cavalieri (Attack, Middle Country)- Cavalieri was a player that I was not too familiar with before this tournament today. Cavalieri put on a brilliant performance today and he really impressed. Cavalieri is a dynamic playmaker who is also a great shooter.

Dillon Osorio (Attack, St. Anthony’s)- Osorio is a very solid lacrosse player. He scored a ton of goals for his team today, and he had chemistry with his teammates. Osorio is also a very shifty attackman as well.

Dylan Rail (LSM/Defense,  Smithtown West)- Rail is a very versatile defender. He’s a great 1 v 1 defender, and he is also great in transition.

Owen Duffy (Attack, St. Anthony’s)- Duffy, who will be transferring from Westhampton to St. Anthony’s once the new school year starts up is an absolute stud.  Duffy is a floor general and he can find open teammates with ease. 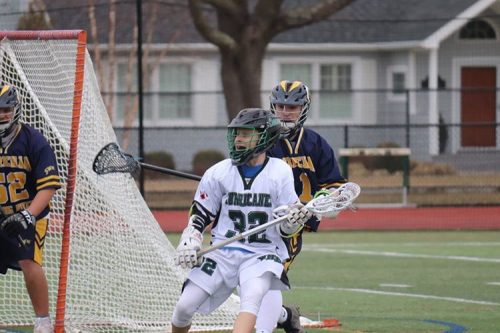 JJ Aiello (Midfield, Bayport)- Aiello is a beast! He can do it all on the lacrosse field. He can feed, shoot, and play defense. Aiello will be one of the top prospects in the 2023 class on Long Island. 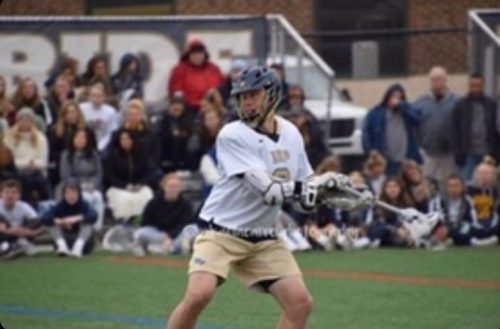 Jackson Greene (Midfield, St. Anthony’s)- Greene is a great midfielder dodging from downhill. He is also lethal with the ball in his stick. Greene will be one of the top players on the Island for the class of 2023 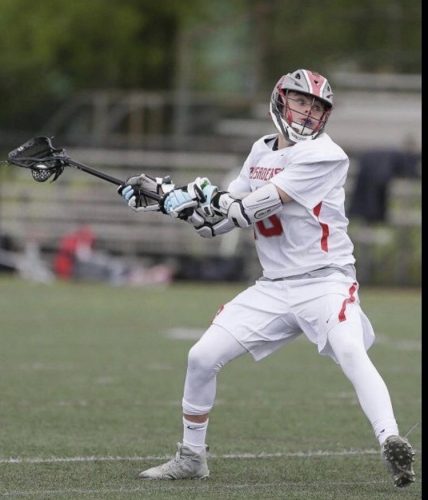 Jake Spallina (FOGO, Mount Sinai)- Spallina owned the faceoff X in today’s tournament. Look for Spallina to be one of the top FOGO’s in the 23 class.

Jack Ponzio (Attack, Connetquot): Ponzio is a lefty crafty attackman who has good size. He does a great job getting under his defender as well.

Luke Martin (LSM, Hills East)- Martin is excellent at throwing checks. Martin is also a magician when the ball is in his stick. 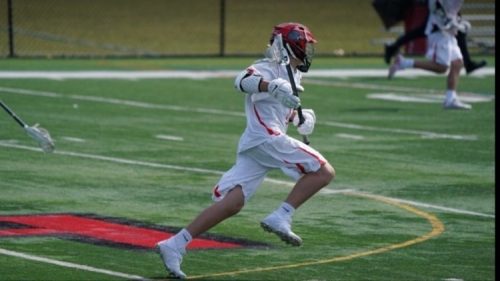 Jack Speidell (Attack, St. Anthony’s)- Speidell is a great crease attackman who is a tough inside finisher. Spiedell is also a tough kid as well as he took a beating all day long, but still got up and performed at a high level. 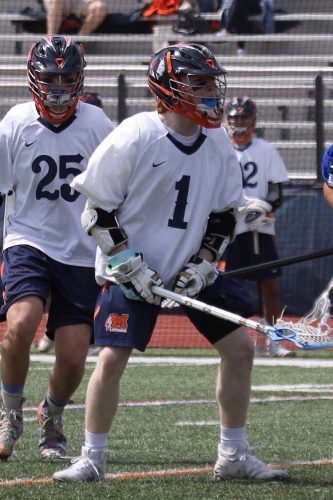 Anthony Annunziata (FOGO, Huntington)- Annuziata was phenomenal at the face off X today. Look for him and Jake Spallina to be in competition for the top FOGO in the class of 2023. 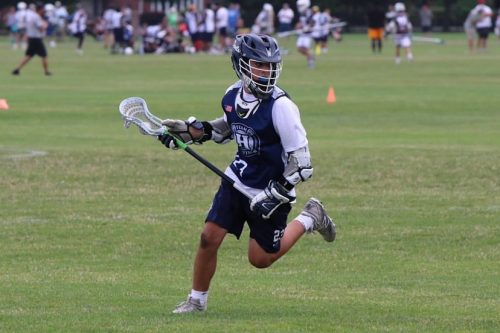 Grant Faber (Midfield, Hauppauge)- Faber is a very solid lacrosse player, who is really good with and without the ball.

Aidan Carrello (Defense, Huntington)- Carrello is an excellent cover guy. He has great size and he understands how to play defense the correct way.

Eddie Schwasnick (Defense, St. Anthony’s)- Schwasnick is an excellent cover defenseman who can work well off ball. He is also very good at sliding off ball in double situations. 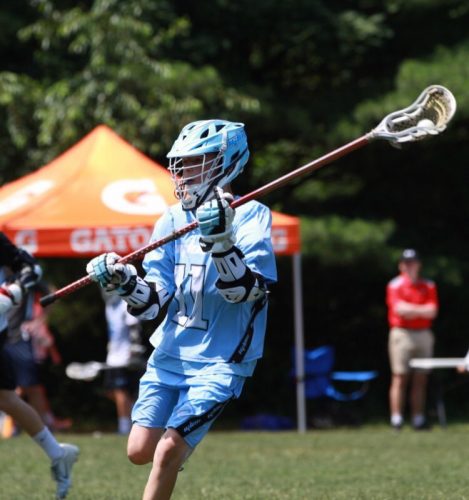 Liam Connor (Midfield, Manhasset)- Connor is a big kid with a great shot.  He is also a very dynamic playmaker. 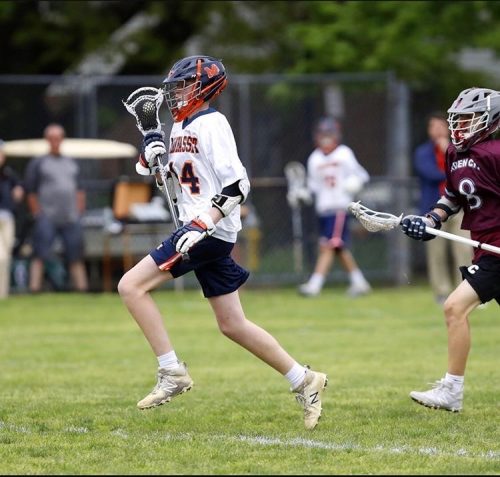 Stephen Finnell (Midfield, Garden City)- Finnell is a stud! He has all of the intangibles of being one of the top lacrosse players on the island. He is tough, athletic, and is a great 2 way midfielder.

Andrew Miller (LSM, Northport)- Miller is a very strong kid who is phenomenal in transition. He showed that today by scoring a couple goals on the day.