Top Performers in the class of 2021 in the Summer Showdown 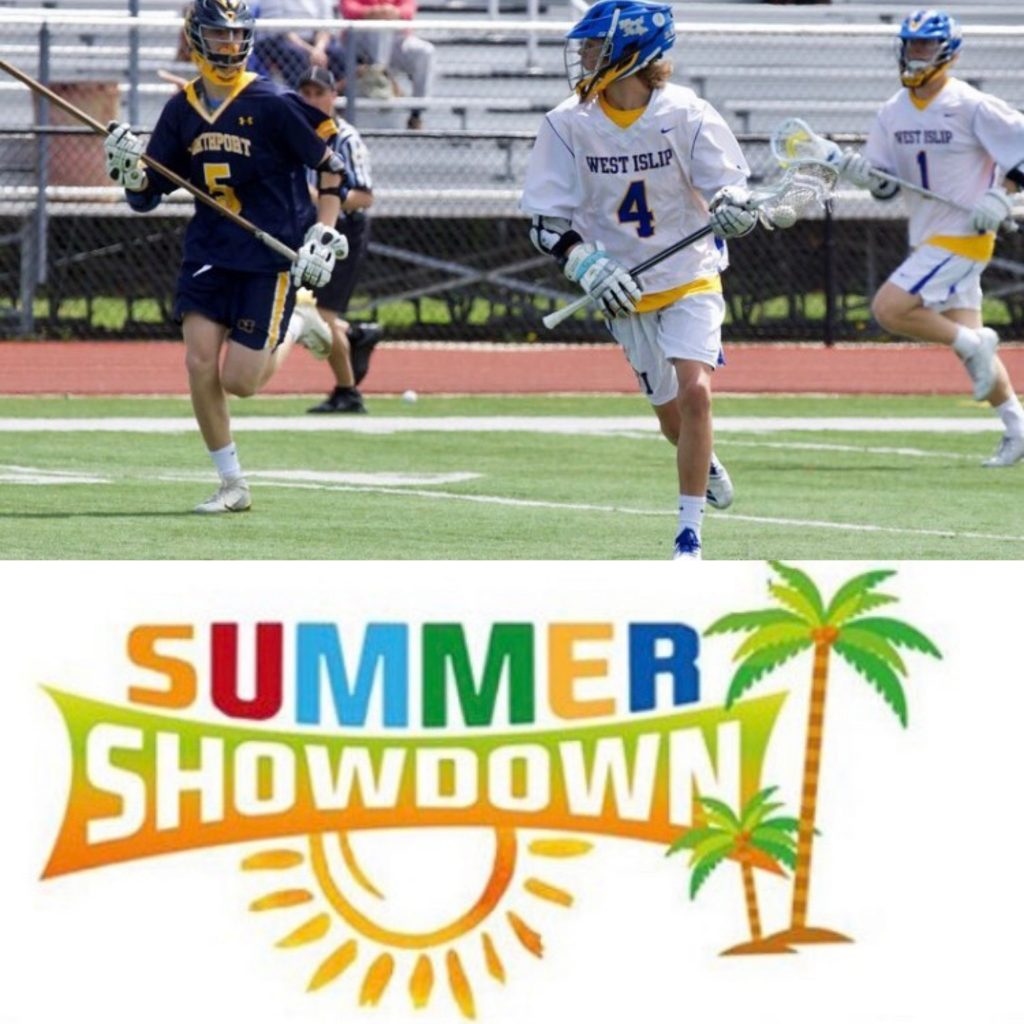 Thomas Mai (Attack, Islip)- Mai is a dual threat at the attack position. He can feed and score at a moments notice. Mai also showed a tremendous amount of chemistry with his teammates as well today.

Riley Henselder (Attack, Hauppauge)- Henselder was a player I was not too familiar with before yesterday. Henselder really impressed me in this tournament.  He is a very versatile attackman and he is a 21 who college coaches should keep their eyes on. 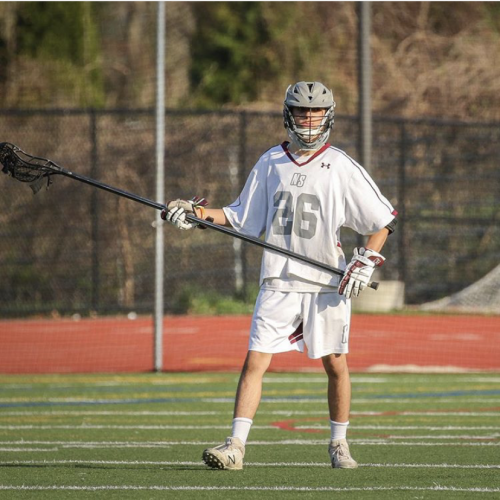 AJ Pascarella (Midfield, Wheatley)- Pascarella is a tough kid. He is a great short stick defensive midfielder, and could be a great pick up for college coaches.

Conor Julich (Midfield, Islip, Wagner)- Julich is a great 2 way midfielder. He plays fast, and he also has a great lacrosse IQ.

Forrest Demetri (Attack, North Shore, Brown)- Demetri is a pure playmaker. He is a lethal threat on offense, and he is a tough guy to cover. Demetri is one of the top attackman in Nassau County. 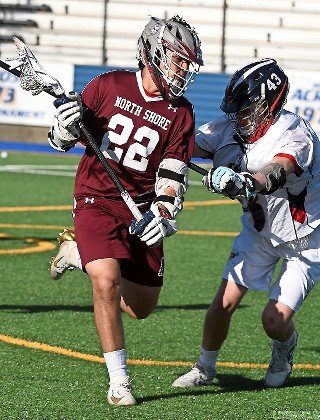 Jack Alletto (Defense, North Shore)- Alletto is a defender who impressed me yesterday. He is a big physical kid who can cause turnovers.

Ward Tucker (Goalie, Harborfields)- Tucker is one of the best uncommitted 2021’s on Long Island. This kid can really play! He is a great athlete, he has quick hands, and he communicates very well with his teammates. 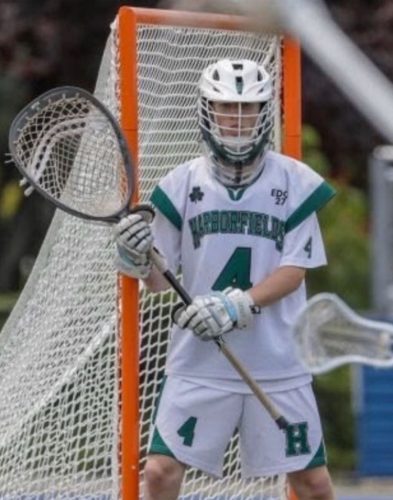 Luke Dellicicchi (Attack, Locust Valley, Brown)- Dellicicchi put on a clinic in this tournament. He has unbelievable quickness, and he had no problem yesterday beating his defender. Dellicicchi is ready to have a big high school season in 2021. 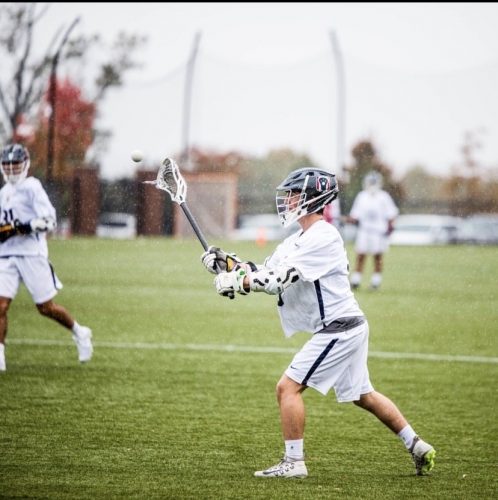 Griffin Chernoff (Attack, Kellenberg, Binghamton)- Chernoff is a big kid who has great dodging ability. He’s good on the iso, and has a tremendous shot. 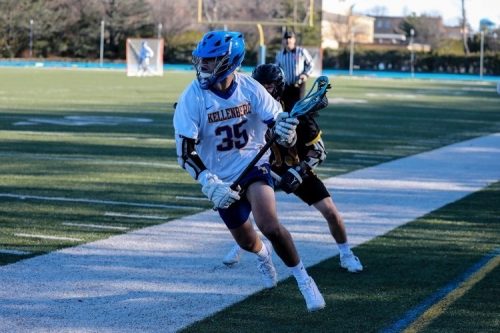 Danny McLoughlin (LSM, Farmingdale)– McLoughlin is a big physical kid, who is a tremendous athlete. He has great stick skills, and is a great ground ball guy.

Thomas Decker (Midfield, Farmingdale)- Decker played outstanding in this tournament yesterday, and he was one of the best midfielders in the tournament. He does a great job driving to the cage and scoring. He is also a great athlete. 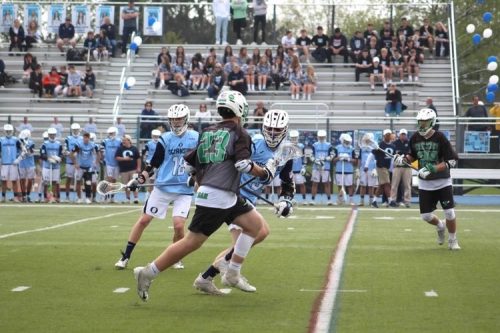 Liam Sargent (Attack, Manhasset)- Sargent is a great athletic attackman who is a playmaker. He had a very nice showing in this tournament.

Lorenzo Ramos (LSM/Defense, Farmingdale, Binghamton)- Ramos did not miss a beat when he hit the field yesterday. This kid is the real deal. He is extremely athletic and has a high lacrosse IQ. 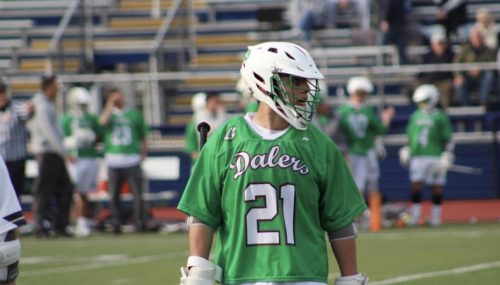 Ben Ferrara (FOGO, Locust Valley, Boston University)- Ferrara is a special player and athlete. He has the build of a running back, and he is a monster at the faceoff X. Ferrara also can be very effective on the offensive and defensive end of the ball.

Will Spher (Midfield, Cold Spring Harbor)- Spher is a big time athlete, who has great size. He is a tough 2 way midfielder, who will be an asset for any college program he attends. 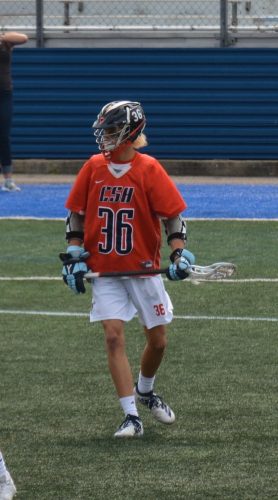 Brandon Tello (Defense, Carey)- Tello is one tough defender. He is a great teammate, and he is good at picking up ground balls.

Jake Tolentino (Defense, Manhasset, Georgetown)- Tolentino might be one of the best poles in the 21 class on Long Island. This kid is special. He has great positioning and took the ball away often from his opponent.

Dominic Ciaccio (Midfield, Farmingdale)- Ciaccio could be the one of the best uncommitted 2021’s on the island. Ciaccio is a phenomenal athlete, and his dodging ability is off the charts. 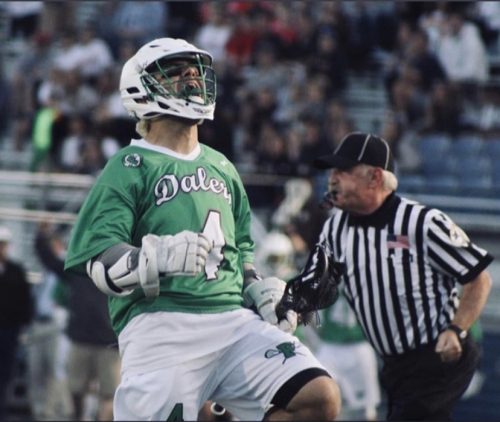 Ian McGullam (Defense, Harborfields, Navy)- McGullam played very well in this tournament yesterday. He was very good in transition and constantly got on his opponents hands. 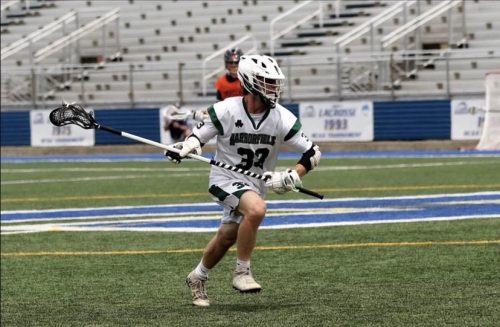 Michael Faraone (Attack, Carey, Air Force)- Faraone was outstanding in this tournament yesterday. He had multiple goals in each game, and he had great chemistry with his teammates. 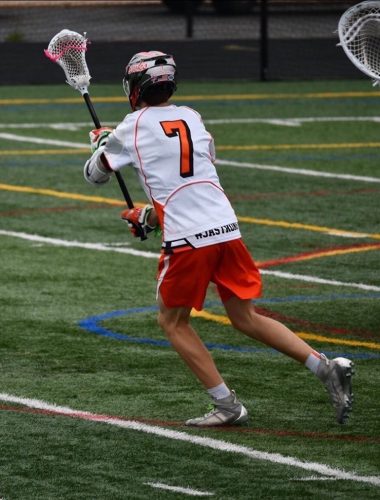 Johnny Maccarone (Attack, St. Anthony’s, Ohio State)- Maccarone is a big time finisher. Look for him to have an increased role for the Friars in 2021. 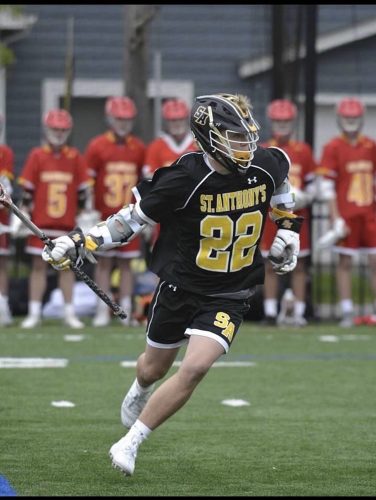 Aidan Mulholland (Midfield, Manhasset, Michigan)- Mullholland continued to prove in the summer showdown that he is one of the best midfielders in the 2021 class. He was a big time field general in this tournament. 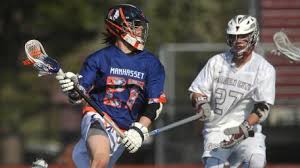 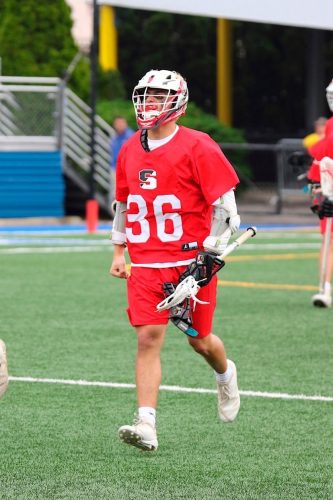 Rory Connor (Attack, Manhasset, Colgate)- Connor was a big time goal scorer for his club team in the Summer Showdown. Connor will be an impact player for Manhasset this upcoming high school season.

George Panagopoulos (Defense, Friends Academy, Tufts)- Panagopoulos is a stud! He played great defense all day. He showed great footwork, he threw some great checks, and he did a great job clearing the ball. 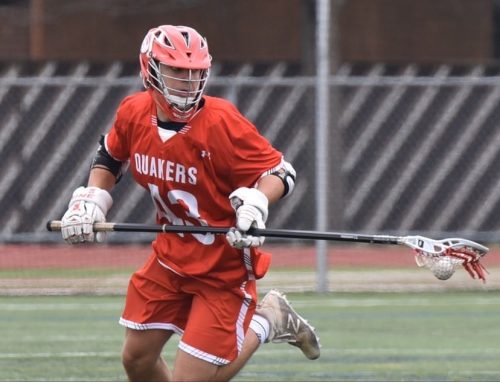 Kyle Jusas (Defense, Harborfields)- Jusas was a defender who really impressed me yesterday. He’s big, he’s physical, and he’s a takeaway machine. Jusas should be a 21 that college coaches have their eye on.

Mikey Heller (Midfield, West Babylon)- Heller played great in this tournament, He did a great open getting open and scoring easy goals.

Christian Maisel (Midfield, St. John the Baptist, Rutgers)- Maisel is a big time goal scorer. This kid is one of the most underrated kids on the Island. 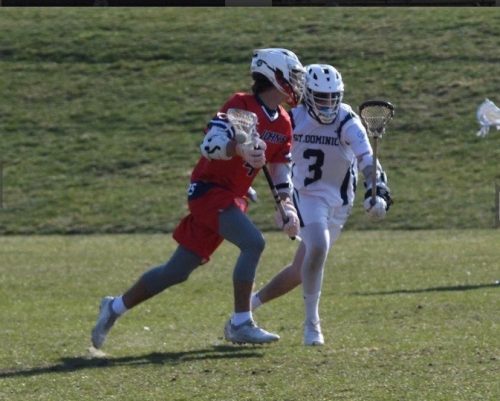 Ryan Behrens (Midifeld, West Islip, Brown)- Behrens is tough as nails. Behrens is also quick and is a quarterback on the field.

Daniel Mercado (FOGO, SWR, Wagner)- Mercado is quick off of the faceoff X. Mercado has great speed, and he can also play the field as well. 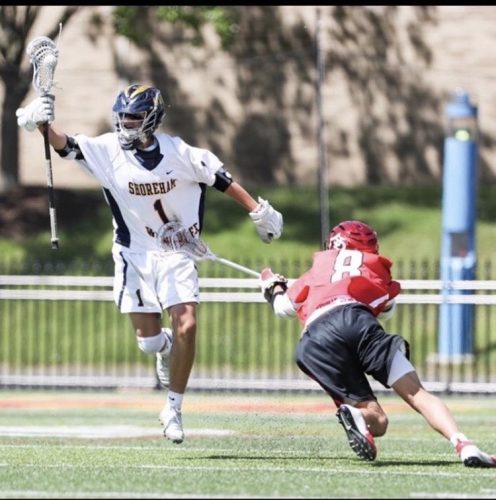 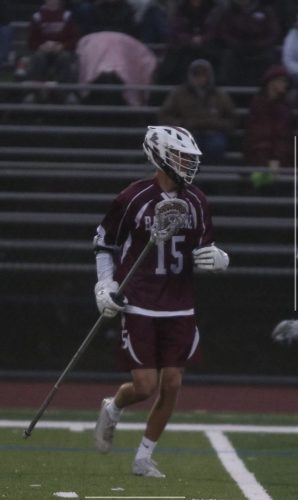 Jeff Lachenmeyer (Attack, SWR)- Lachenmeyer is one of the top uncommitted attackman on the Island. He is a big time lefty goal scorer. 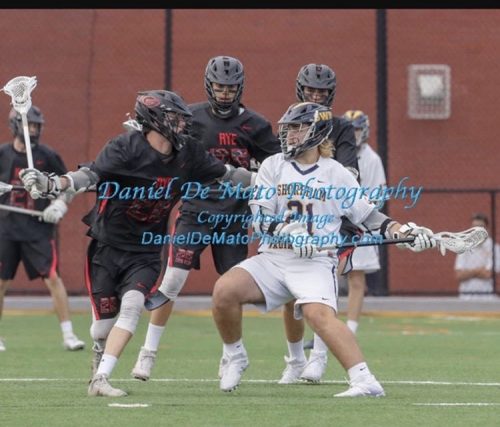 Liam Grant (Midfield, Ward Melville)– Grant really impressed me yesterday. He is a great dodger, and he is a finisher as well.

Sean Miller (Midfield/FOGO, SWR)- Miller played great at the faceoff X, he scooped up a ton of ground balls, and he did a good job clearing the ball.

Brian Connelly (Attack, MacArthur)- Connelly had a monster day at the tournament. He even had 3 goals in one game and played tough all day long.