Johnny Maccarone is Heading to the Big Ten 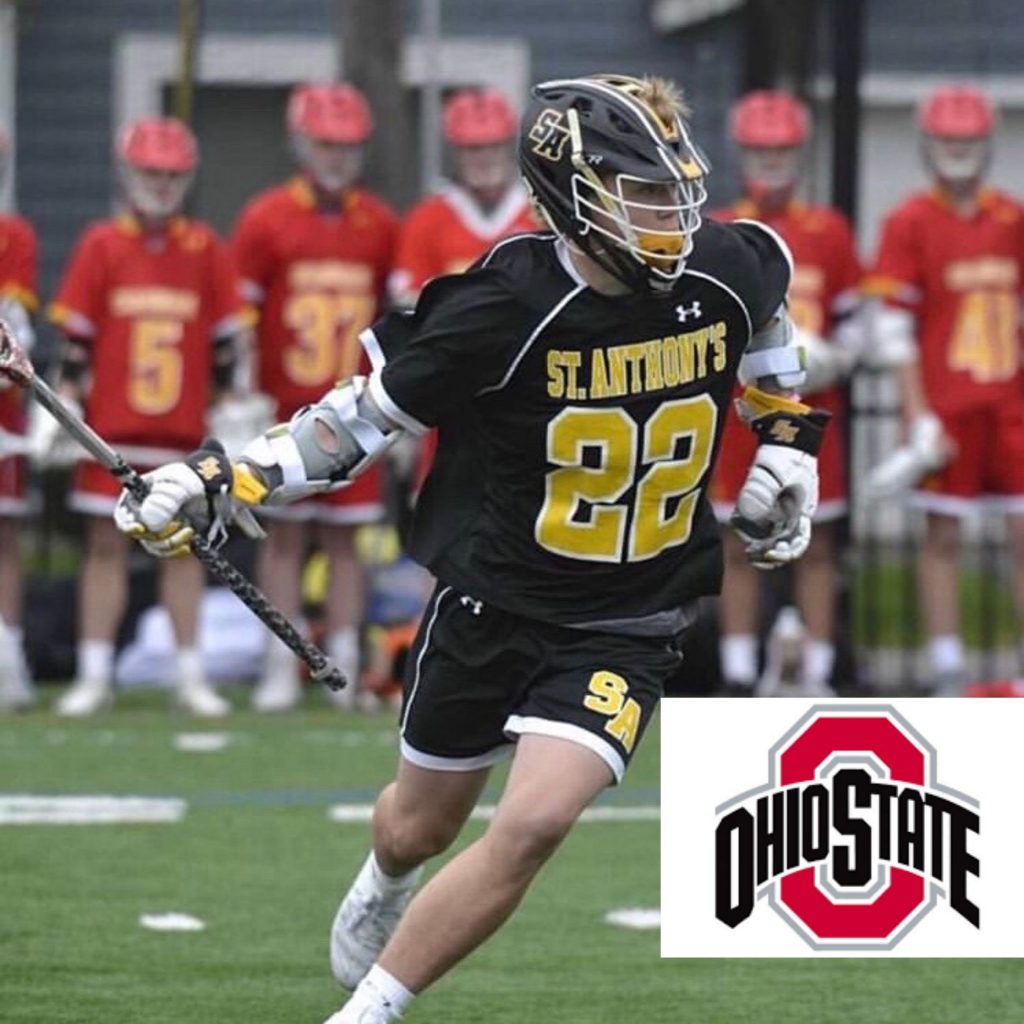 St. Anthony’s attacker Johnny Maccarone has announced that he will playing in college at Ohio State for the Buckeyes. Playing for such a successful team like St. Anthony’s, and going up against some of the top ranked teams in the country, Maccarone says that has helped him tremendously as he gets ready to play in college. His lethal scoring ability was put on display last season when he recorded an eight goal game against Chaminade in 2019. With one more year remaining with the Friars, Maccarone will look to help lead them to another league championship in 2021 before his high school career comes to a close. Continue reading about Johnny Maccarone down below in this interview with the LILJ.

Q. What went into your decision to play at Ohio State?

A. Ohio State has been known for its creative style offense which really captivated my attention. I also felt that the way coach Myers and the rest of the coaching staff see and analyze the game will help me elevate and improve my game helping me to become the best lacrosse player I can be.

Q. How do you feel your game will translate to their style of play?

A. I feel my game will translate very well to their style of play. Hard nosed lacrosse with a creative side to it.

Q. What goals are you hoping to accomplish both individually and as a team throughout your time at Ohio State?

A. I have set many goals over the next few years that I am hoping to accomplish from an athletic, academic and personal side. Some of these goals include winning a national championship, graduating and getting a great job and becoming a better leader over the years.

Q. What are some of the terms you would use to describe your game?

A. Hard nosed, savvy and creative.

Q. How do feel playing for St. Anthony’s has helped prepare you to take your game to the college level?

A. Saint Anthony’s has helped me prepare tremendously. We play a really tough schedule against top teams around the country, teams consisting of players that will fill the rosters of many college teams. Coach Wieczorek, Coach Schreiber and Coach Chanenchuk have done an amazing job helping me evolve my game and get ready for the college level.

Q. What was it like being in the zone and scoring 8 goals against rival Chaminade last year?

A. My teammates did a great job to put me in positions where I was going to succeed, my teammates recognized a hot stick and scoring those first few and gaining some momentum in a rivalry game is huge.

Q. Assuming there is a 2021 season, do the Friars have the team to win another league championship?

A. Yes, we do. We have very high expectations for our team heading into our next season. I have  the best of the best players around me from Andrew McAdorey and Jalen Seymour to an amazing junior class coming up with a really strong group of defensemen.