After a 5-5 season in 2019, The Archers look to improve their winning percentage going into the new year. The team, coached by Chris Bates and Assistant Coaches Tony Resch and Brian Kavanagh, is confident that their squad of young guns can get the job done. The group features a well rounded roster including names like Attacker Marcus Holman and Defender Jackson Place. The Archers also host a bunch of Long Island natives who have excelled at every level of the game thus far. This includes Will Manny, the St. Anthony’s alum who had an explosive 2019. In just 13 games, the attacker scored 35 goals and was ranked 13th in the league by his fellow players. The team also features names like Adam Ghitelman, who made a total of 84 saves in his career at an impressive 53% rate. The two will be joined by FOGO Brendan Fowler and an elite midfielder roster led by Tom Schreiber. The Princeton graduate was a titan for his Atlas team, scoring 17 goals while leading the league in assists. Fellow teammates and Long Islanders Dominique Alexander, Christian Mazzone, and Tyler Pfister all show great lacrosse IQ and look to see greater contributions in 2020. 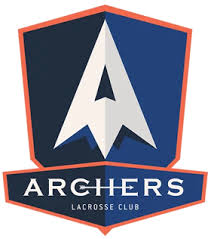