Then and Now; Shannon Smith 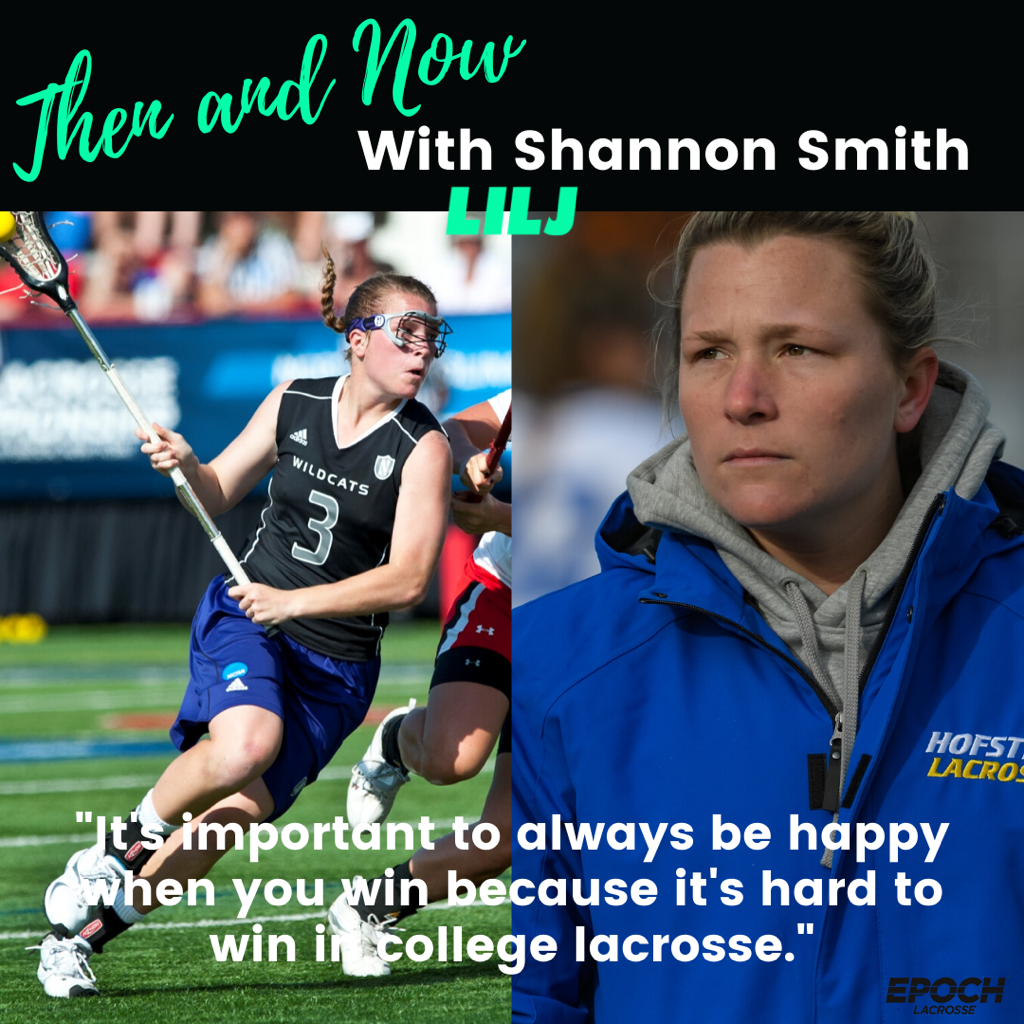 Shannon Smith grew up playing multiple sports. The West Babylon native played soccer and basketball before she got involved in lacrosse thanks to her father, brother and sister. Smith’s tremendous talents as an attacker/midfielder earned her a spot on the West Babylon varsity lacrosse team as a seventh grader. Smith says that as a member of the team as a seventh grader, having older teammates helped her a lot as they were leaders on the team.

“Playing with the older teammates, they took me under their wing and helped me in so many ways.”

In her six years on the varsity team, Smith became one of the greatest players to ever come out of Long Island. She totaled 729 points, 505 goals, and 224 assists. Both the goals and total points have been a New York State record since 2006, and the assist record was also held by West Babylon native Alyssa Murray from 2010-2019. Smith says that holding those records are an incredible honor and that it’s great to see kids from West Babylon also in the record books.

“It’s an incredible honor and a testament to the great teammates that I had. It’s also incredible to see kids from West Babylon like Alyssa Murray in the record books for assists. West Babylon isn’t necessarily known as a rich area for lacrosse like other places such as Manhasset or Garden City so to see kids from there have great seasons is amazing.”

Smith played in college at Northwestern University where she was part of three NCAA Championships in 2009, 2011, and 2012. She was the Most Outstanding Player of the 2011 and 2012 championships and is second all-time in points in the NCAA Tournament with 58. Smith describes her time playing at Northwestern as some of the best years of her life.

“I had a great time at Northwestern playing for coach Kelly Amonte Hiller and created life long friendships. It’s like a whirlwind when you look back and you see how lucky you were. People think that wining is easy but it isn’t. Those were some of the best years of my life.”

Smith got into coaching towards the end of her collegiate career. Since graduating in 2012, she has been the head coach of the women’s lacrosse team at Hofstra University. In her eight years as the head coach, she has taken them to the Colonial Athletic Association Championship Tournament four times, and has won 65 games.

“Coaching at Hofstra is a whirlwind of an experience. I love coaching and giving back. Being hired at Hofstra was a grand slam and I’m honored to coach this team.”

One of the things that she loves about coaching is seeing players come in as freshmen and watching them grow as people and becoming leaders by the time they become seniors. Some of her most memorable accomplishments coaching the Pride was their victory this season over John’s Hopkins  University 15-14 in overtime, and their win in 2015 over James Madison University.

“It’s important to always be happy when you win because it’s hard to win in college lacrosse.”

As she continues to be at the helm of the Pride, Smith is looking forward to helping them accomplish their goals in the immediate future of winning a conference championship and earning a spot in the NCAA tournament.