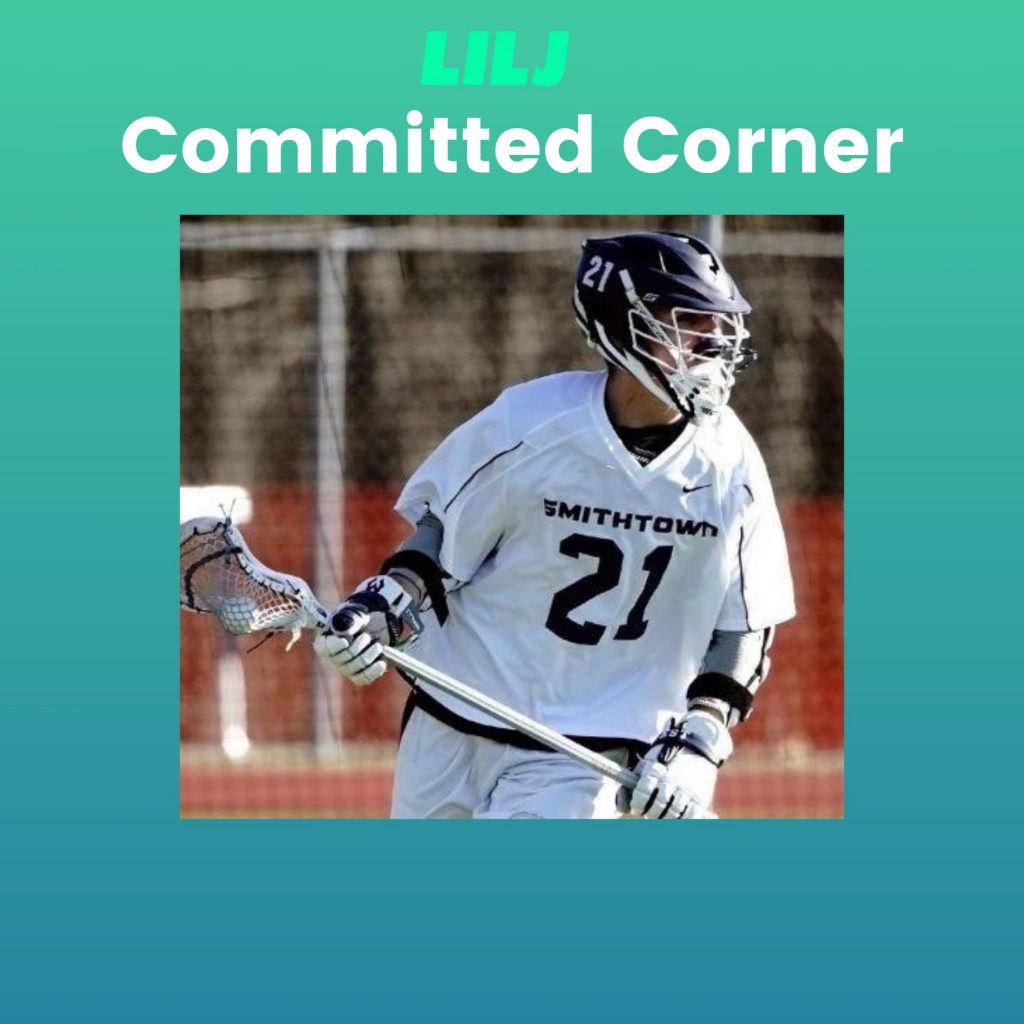 Danny Caddigan (2021, Attack, Smithtown West)- Cornell: Caddigan is a straight up goal scoring machine. With an extremely high lacrosse IQ, the crafty attacker has a clear ability to put the ball in the back of the net, and considering his fantastic ability to gather tough passes, the incoming senior is simply an offensive threat. The recent Cornell commit is set to surely have an explosive 2021 season.

Chris Cappelmann (2021, FOGO, Smithtown East)- Cornell: A tank. Chris Cappelmann is a one man band who excels in face offs, fast breaks, and most notably, team leadership. The Smithtown East incoming senior is not afraid of contact, and is known to score from long distance. Also a recent Cornell commit, look for Cappelmann to not only be an asset, but to lead his Smithtown East to a successful season.

CJ Dorr (2021, Midfield, Riverhead)- Wingate: Speedy, agile, creative; all traits that describe Riverhead midfielder CJ Dorr. The incoming senior is known to fly through traffic, using his crafty footwork to make an assertive pass or put the ball in the net. He is not only a key component of the team’s offense, but plays the game in his own style. Expect the recent Wingate commit to have an impressive 2021.

Ryan Smith (2021, Midfield, East Islip)- Hofstra: Smith’s gotta laser that will be lethal come the 2021 season. Besides his pinpoint accuracy, the Hofstra commit controls the pace with ease; keen footwork and great ball control are also traits that have defined his game. Look for him to find the tough pass and lead the offense all the way down field in his final season with East Islip.

John Jude Considine (2021, Attack, South Side)- Hobart: A hard nosed attackman, South Side’s star senior is set to have an explosive season. He is known for making the tough pass in traffic, using his high lacrosse IQ to seek fellow teammates. Look for him to make a statement in 2021; the recent Hobart commit has all the tools needed to make his final year with South Side his best.

Matt Morales (2021, Attack, Port Washington)- Oneonta: Matt Morales is a determined scorer who looks to be a central part of Port Washington’s offense this coming season. He’s got great power in his shot, moves well in traffic, and has the ability to find his fellow teammates for the shot. Look for the recent Oneonta commit to have his best season yet in his final year with the team.

Dylan Haase (2021, Midfield, Herricks)- Wagner: Hasse’s playing style is all about the footwork. The Herrick’s midfielder commands the pace of the game with terrific acceleration and control. He is a strong scorer and is known to make the key pass when necessary. The recent Wagner commit will play an essential leadership role in his Herricks team as well as their offensive dynamic.

Kathryn McAteer (2022, Midfield, St. Anthony’s)- Navy: Only a junior, McAteer has shown the pure grit and athletic ability to be St. Anthony’s next great leader. The midfielder’s lacrosse IQ is off the charts, often commanding her team’s offense during crucial situations. Look for the recent Navy commit to have a stellar year of scoring with the varsity squad. She will surely prove to be an asset in 2021 and beyond.

Ashley Bonitch (2021, Midfield, Miller Place)-  Manhattan: Overall dominance is undeniably lethal in regards with Miller Place’s Bonitch. The incoming senior can do it all; she’s a lock on defense, incredibly agile on the fast break, has great passing vision,  and a fantastic goal scorer. Her keen sense of spacing is what makes the Manhattan College commit one to look for come the 2021 season.

Sophie Read (2021, Midfield, Garden City)- Hamilton: Read is a fantastic all around player who contributes in a facets of the game. Her abilities on both offense and defense have proven clutch in game defining situations. The midfielders ability to lockdown her opponents and convert on the other side of the field separate her from the rest. The Hamilton commit will look to have her best season yet in 2021.

Emma Toes (2021, Midfield, Manhasset)- Hamilton: Toes is the speedy, agile midfielder that any team would want. Her ability to move through traffic and make the smart pass is what has defined her game. With great vision, the Manhasset star is able to guide her offense during the fast break with ease. The recent Hamilton commit is nothing less than a threat for her opponents going into her senior season.

Grace Paliseno (2021, Attack/Midfield, Bay Shore)- Roger Williams: Paliseno is a proven offensive catalyst on her Bay Shore team. Her distinct leadership ability is equally matched by her lacrosse IQ, and her scoring ability is top notch. Lethal with both her dominant and non-dominant hands, the Roger Williams commit serves as an all around team player who will lead Bay Shore in 2021.

Marisa Moran (2021, Attack, West Babylon)- Manhattan: A lethal scorer, Moran always seems to find a way to score. The West Babylon attacker is known to be an offensive catalyst, providing great downfield vision, making the key pass, and leading her team in game-deciding situations. The recent Manhattan college commit aims to have her best year yet in her final season with the team.