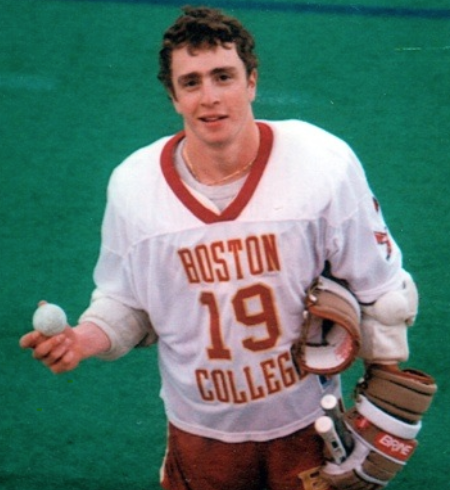 The idea of Americans being attacked on our home soil is something that may seem unfathomable to those born after 9/11. It was a day of unthinkable tragedy, one that is still felt by so many. As we approach the 19th anniversary of the attack, we reflect on the many lives that were lost on that day. 24-year-old Welles Crowther was one of them; the equities trader, former collegiate lacrosse player, and volunteer fireman is known for saving as many as 18 lives on 9/11 before losing his own. This was distinctly like him; by all accounts, he was a man of honesty, integrity, and kindness. There was, however, a community in which Crowther had touched a great deal.

The Nyack, New York native was an athlete in its most respected form. An established source of positivity and one of a kind leader, Crowther was a titan in his field. Whether it was him showing his talent on the hockey rink, or commanding his team during a Boston College lacrosse game, his presence was felt by teammates and coaches alike. And of course, his signature red banana; given to him by his family at an early age, it could be seen in his right hip pocket during every sports game he played in.

It was that same item that Welles became known for on that horrific morning in September. After a voicemail reassuring his mother of his own safety, Welles made his way up the South Tower to provide help to those in need. He soon encountered a group of survivors, whom he directed to safety. When the second plane hit, it was only instinct for Welles to continue in aiding the relief effort. Multiple accounts from 9/11, including that of  Judy Wein and Ling Young, recall a man with a red banana leading them to safety. This man, now known heroically as “The Man in the Red Banana”, was Welles Crowther.

His story is one of many accounts of first responders who made a difference that day. His leadership, on and off the playing field, is an inspiration to the young athletes and professionals following in his footsteps. He made the ultimate sacrifice that day; and, nearly two decades later, his story is a reminder of the good that still remains in people and the world today.