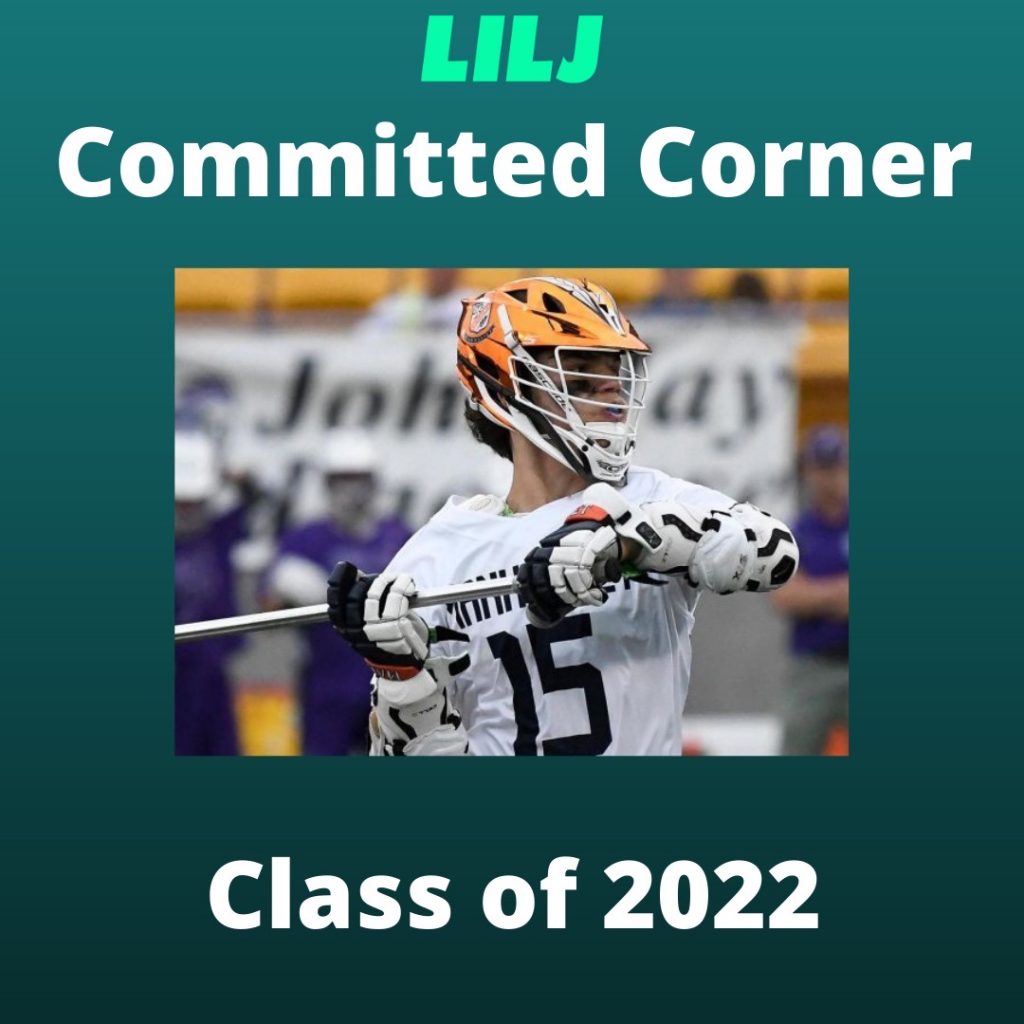 Joey Spallina (2022, Attack, Mount Sinai)- Syracuse: If you’re following Long Island Lacrosse, you know the name Joey Spallina. The All-American is ranked by many as the top player out of the 2022 class, and for good reason. There seems to be nothing that is missing from his offensive capabilities. Speed, vision, high lacrosse IQ, and a laser beam of a shot; the Syracuse commit will go off next year.

Joey Terenzi (2022, Midfield, Manhasset)- Virginia: Terenzi is nothing less than an offensive titan for Manhasset. The top-tier lacrosse program expects the midfielder to put on a field day come the 2021 season. Efficiency is key when talking about the player: 23 goals and 13 assists on a crowded 2019 roster was impressive enough. Look for the Virginia commit to be doing more of the same.

Michael Leo (2022, Attack, St. Anthony’s)- Syracuse: Syracuse struck gold with St. Anthony’s Leo. It’s important to note just how good the attackman is. He is a man on a mission, known for making a difficult shot look easy. Leo also has surprising quickness for his size and paired with fancy footwork, the junior will simply be a force to be reckoned with in 2021.

Kevin Dolan (2022, Midfield, Ward Melville)- Fairfield: Dolan controls the pace of the game for Ward Melville. The junior is a one vs. one threat, beating his opponents through his hard-nosed offensive style. The Fairfield commit is arguably just as good on the opposite side of the field, with his recent work on the defensive end has set him about from the rest of the island. Make sure you keep an eye on him for 2021.

Peter Theodoropoulos (2022, Midfield, ESM)- Lehigh: Theodoropoulos is ESM’s playmaker. The midfielder does his best work on the offensive end, as expert vision and lacrosse IQ provide his teammates with the looks they need to score. 18 assists in 2019 (tied for a team-high), is just a preview of what he can do in 2021. Lehigh has got a good one with the midfielder; expect him to have his best season yet.

Dominic Senft (2022, Defense, Chaminade)- Air Force: Chaminade’s defense continues to shine with Senft. The junior is expected to step into a significantly larger role for the team in 2021. A lockdown mindset paired with significant strength will make him the perfect fit for the team’s gritty play. The Air Force commit will continue to show off his improvement moving forward.

Anthony Koehler (2022, Midfield, Chaminade)- Brown: Patience is a virtue for Koehler. The midfielder plays a thoughtful midfield game, always looking for the best look for his teammates. That’s not to say that he doesn’t have scoring ability himself, though. The Brown commit has also shown the ability to score from long distance, which will be useful in 2021.

Jack Cascadden (2022, FOGO/Midfield, Garden City)- Cornell: Cascadden is expected to be one of the centerpiece players on Garden City’s 2021 squad. The recent Cornell commit is a dog on offense, as his ability in the midfield is a sure asset for the powerhouse team. It is though, his ability on the faceoff that shines through the most.  His improvement in the position is expected to be on full display come the new season.

Marcus Wertheim (2022, Midfield, Smithtown East)- Brown: Smithtown East’s Wertheim is your classic, two-way threat. The high school junior has played well for both his high school and club teams. He has a great feel for the game and should be looked at as a problem for opposing teams this season; his defensive ability should not be understated. Brown University has certainly got themselves one to watch.

Owen Carroll (2022, Attack, Smithtown East)- Delaware: The recent Blue Hen commit, Carroll is all about the offense. The Smithtown East player put on a clinic during the 2019 season. Amongst a crowded offense, the junior scored an impressive 21 goals and 5 assists. Now, with an offense that will greatly involve his contributions, he is poised on having his best year yet with the team.

Matt Perfetto (2022, Attack, Manhasset)- Cornell: Perfetto is a unique scoring threat that provides offensive firepower as good as anyone else on the island. A cunning mentality on the field makes the attackman hard to stop. Perfetto should have a big season in 2021. Look for the recent Cornell commit to make a name for himself this spring.

Mikey Trepeta (2022, Defense, Mount Sinai)- Johns Hopkins: Mount Sinai’s Trepeta is a tank. The recent John Hopkins commit is known to be a defensive catalyst and is never afraid of contact. Trepeta also has the incredible speed for his position, which is often used to his advantage in moving the play downfield. Following the departures of last year’s senior class, he will be a crucial piece for Mount Sinai this spring.

Jack Flaherty (2022, Midfield, Chaminade)- Navy: Flaherty is one of Chaminade’s greatest weapons. As a junior, he will be expected to be a leader on and off the field. He has a wonderful ability to space to the field and make a quick cut to the net, giving him great looks to score. The recent Navy commit will stand out amongst an already packed Chaminade roster and is set to have his best season yet.