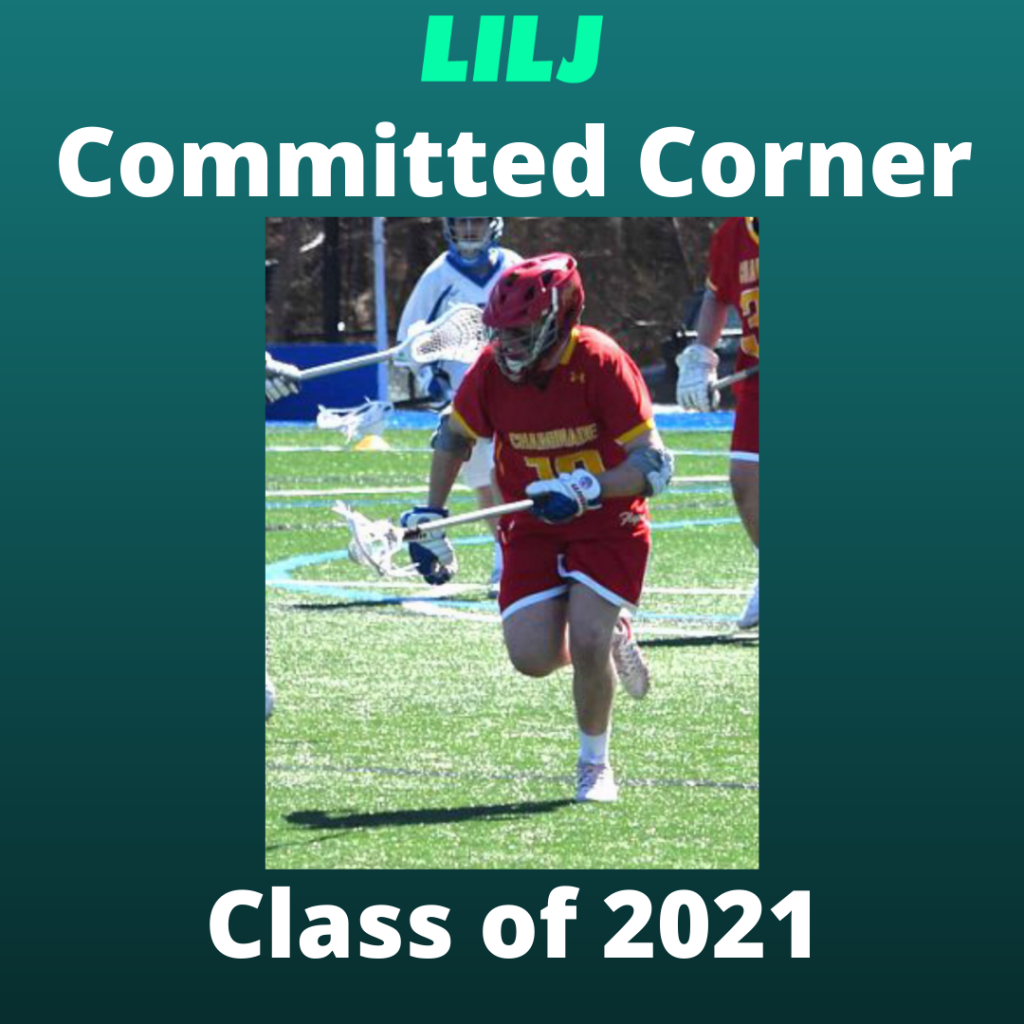 Ryan Kalberer (2021, Goalie, Comsewogue)- Wentworth Institute of Technology: Kalberer is a wall of problems for opposing offenses. The Comsewogue senior saw little playing time in 2019 amongst a crowded rotation. This is set to change come 2021. The goalie is quick, methodical, and displays a strong IQ during key moments. The Wentworth Institue of Technology senior is set to have his best season yet.

Liam Hassett (2021, Midfield, Huntington)- Siena: Huntington’s Hassett it set to have a big year in 2021. In 2019, the senior scored 14 goals and 4 assists, providing key offensive support. The midfielder has also known to be a two-way player in recent months, making him an essential player for his team. You can expect the recent Siena commit to doing a lot more of the same come the new year.

Vincent Fowler (2021, Defense, Chaminade)- Duke: Chaminade’s Fowler just leveled up. The senior, who plays for a powerhouse Parochial team, has recently committed to Duke University. This is no surprise; his combination of strength and lockdown defense makes him a danger to all opposing offenses. You can expect the senior to play his best games and maintain a huge leadership role for the team this season.

Jack Nichtern (2021, Midfield, Massapequa)- Albany: Nichtern will be an asset for Massapequa’s team come this season. The senior was apart of a loaded offense in 2019. Now, the player will play a major role within the team’s dynamic for his final year. This includes his incredible agility, which he uses to space the field and find his key pass. You can expect the Albany commit to making his mark in 2021.

Robert Moore (2021, Midfield, Westhampton)- Fairfield: Westhampton’s Robert Moore is a titan on offense. The senior midfielder showed off an incredible display of talent in his 2019 campaign. 24 goals and 14 assists are just a fraction of his impact on the rest of the team. Following the departures of key scorers like Tyler Nolan and Jack Gillbride, look for the Fairfield commit to put on a show during the new season.

Norberto Dehoyos (2021, Defense/LSM, Brentwood)- Wingate: Dehoyos is a tank. The defender uses his size and strength as a wall for opposing defenses. Never afraid of contact, the recent Wingate commit has also had his fair share of success at the LSM position. He will be one of the key figures on his Brentwood team and is expected to fill a key leadership role within the team. Expect his to have his best season yet.

Tess Ferguson (2021, Attack, Baldwin)- Ithaca: Recent Ithaca commit Ferguson is simply a scoring threat. The senior had an incredible display of offense in 2019, scoring 21 goals and 8 assists. With the departures of Katie Kallamni and Megan Doyle, there’s a clear opportunity for the Baldwin attacker to have her best season yet. Look for Ferguson to make things happen for the team in 2021.

Hayley Hermsdorf (2021, Attack, Center Moriches)- Franklin Pierce: Hermsdorf is one of the top offensive players on the island. In 2019, the attacker earned herself an impressive 42 points including a team-high 26 goals. She is also a fantastic offensive facilitator, has her distinct vision and passing ability earned her 16 assists during the season. The Franklin Pierce commit will put on a clinic in the new season.

Kayla Mitchell (2021, Defense, Center Moriches)-  Millersville University: Center Moriches’s Mitchell is a powerhouse on defense. Her ability to track down the ball in unprecedented; during the 2019 season, the senior won a team-high 39 ground balls and caused 19 turnovers. The Millersville University commit will continue to be a standout player and provide a key leadership role for her final season.