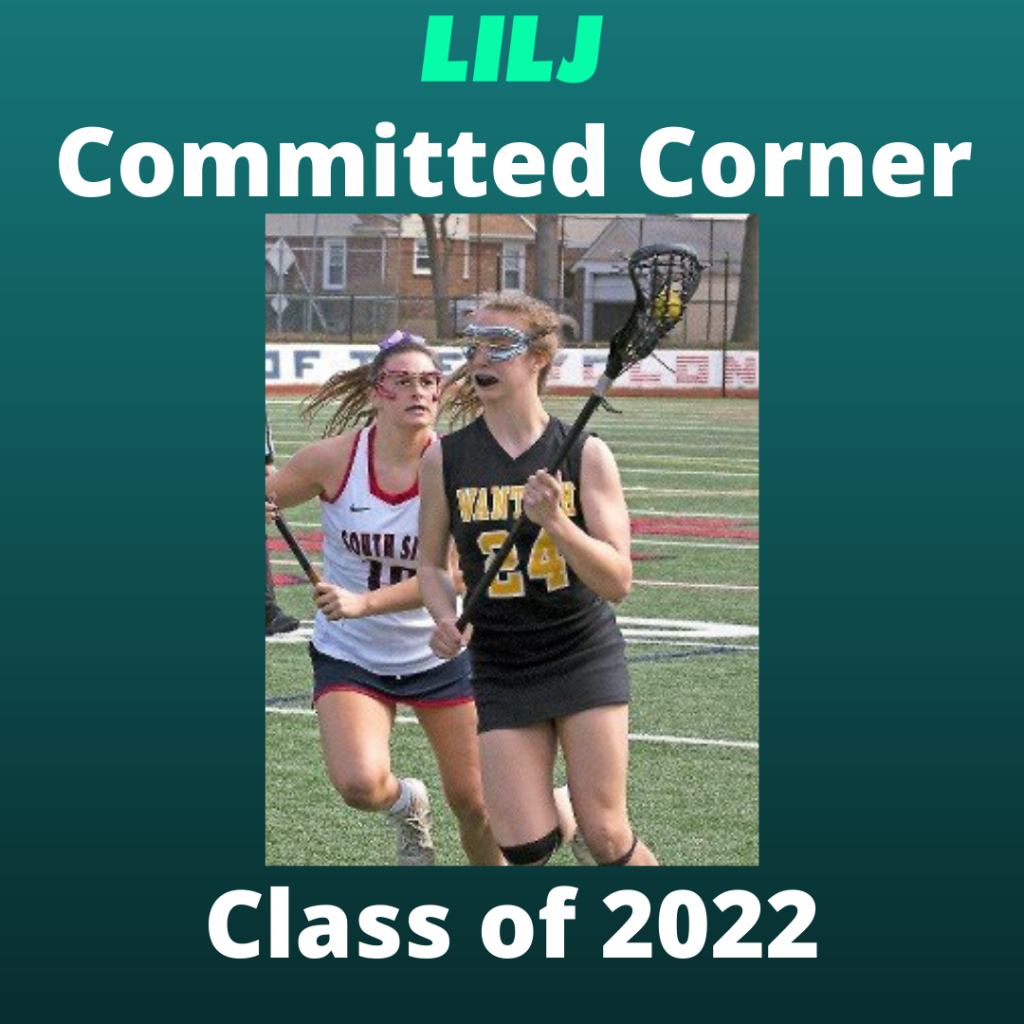 Max Weisman (2022, Defense, Miller Place)- Lehigh: Weisman is a tank in Miller Place’s defensive unit. The junior is never afraid of contact, often bodying his defenders to create an easy turnover. An excellent tracker with a unique lacrosse IQ, Weisman has the ability to change the momentum of the game; he has made significant strides to do so since the 2019 season. Look for the Lehigh commit to having his best season yet.

Dean Metzger (2022, Midfield, Carey)- Providence: Carey’s Metzger will be a crucial part of Carey’s success in 2021. The junior had a stellar 2019 campaign amongst a crowded offense, providing 17 goals, 10 assists for the team. He has a strong passing vision which he has used to space the field and create the best shot. With the team seeing many key departures over the last couple of years, the Providence commit is likely to be at the helm of his team’s offense.

Christian Alacqua (2022, Midfield, Chaminade)- Cornell: The nifty midfielder Alacqua is set to make an impact this year for his Chaminade team. The junior will look to stand out amongst a stacked roster with his distinct combination of speed and scoring ability. He has a laser aim and is known for scoring the off-balance shot. It would no surprise for the recent Cornell commit to going off in 2021.

Colin Delay (2022, Midfield/Attack, Wheatley)- Binghamton:  Delay is an offensive-minded midfielder will a knack for all things scoring. He has the ability to score from range; and with significant stick control, he can maneuver well through traffic.  If his 2019 campaign means anything–25 goals and 11 assists–, it’s that this year will be the Binghamton commit’s beat season yet with the team.

Alex Pfeiffer (2022, Midfield, Sachem North)- Albany: Pfeiffer could possibly be Sachem North’s next great scorer. The recent Albany commit was a part of a loaded offense in 2019 led by Cole Stassi and Frank and Christian Quadrino. With their departure, Pfeiffer is slated for a breakdown season. Look for keen stick work and distinct agility to be huge factors in his success during his 2021 season.

Patrick Pisano (2022, Defense, Cold Spring Harbor)- Dartmouth: Dartmouth commit Patrick Pisano will step into a larger role for Cold Spring Harber come 2021. After the departures of most of the team’s stars, the junior has a unique opportunity to become a real leader for the team. His excellent stopping ability and significant size will provide the backdrop to the team’s defense in 2021.

Kevin Barrett (2022, Goalie, St. Anthony’s)- Boston University: Barrett is a quick and confident player with the ability to make a real difference in 2021. The junior plays for St. Anthony’s, the powerhouse Parchochial giant with a world of talent. His ability as a goalie is maximized for his feel for the game. Big stops from him often change the momentum of their gameplay. Look for the BU commit to doing his thing in the new year.

Henry Haberman (2022, Attack, Port Washington)- Loyola: With finesse footwork and excellent lacrosse IQ, Port Washington’s Haberman is a threat on offense. The attacker uses his precision scoring ability to his advantage, often making the unbalanced shot look easy. As a great teammate and player, Haberman will be stepping into a greater leadership role in his junior year. Expect the Loyola commit to showing off in 2021.

Dylan Sageder (2022, LSM, Mount Sinai)- Syracuse: Recent Syracuse commit Dylan Sageder is a beast at LSM. Significant strength allows the player to blow by opposing players. He has a strong passing ability that is the most useful one the fast break. Matched with a distinct lacrosse IQ and surprising agility, the Mount Sinai player will aim to have his best season yet amongst a highly talented roster.

Anthony Mollica (2022, Attack, Massapequa)- Hofstra: Mollica will be an asset to Massapequa come springtime. the junior attacker scored 6 goals in 2019 amongst a crowded roster. In 2021, things appear to have changed. Mollica has significantly improved his ability to score from range and make the key pass. The Hofstra commit will almost certainly have his best year yet with the team.

Catherine Erb (2022, Midfield, SWR)- Dartmouth: Erb is simply an offensive threat to the rest of her Suffolk County competition. The junior had a spectacular season in 2019, scoring 35 goals on a crowded Shoreham Wading River Roster. She will more than likely be the team’s main scoring threat and take on a key leadership role for the team in 2021. The Dartmouth commit is set to have her best year yet.

Abigail Lyons (2022, Defense, Carle Place)- Notre Dame: The defensive powerhouse Lyons is a steady defender who uses her unique skill set to her advantage. She is a wall of support for Carle Place, known for her ability to move to the ball upfield. Her distinct stamina as a defender allows the opposing team no time to set up, as she is also adept at taking the ball into the midfield. The Notre Dame commit will be a leader in 2021.

Kate Gilliam (2022, Midfield/Attack, North Shore)- Harvard: Offensive-minded Gillam makes the game look easy. The North Shore junior will step into a huge leadership role for the team come the new season. She is a strong, methodical player with a keen lacrosse IQ. This allows her to make the quick cut on offense and get in position for the best shot. The Harvard commit will be an asset to North Shore this coming season.

Erin Hickey (2022, Midfield, Farmingdale)- Richmond: Hickey will play a much larger role on offense in 2021 in contrast to her 2019 season. The team’s midfield led by Erin Shimborske and Amanda Weber saw the team to a 14-3 regular-season record. This season, Hickey looks to follow in their footsteps using her wonderful lacrosse IQ and facilitating ability. Look for her to do everything on the field in 2021.

Madison Taylor (2022, Midfield, Wantagh)- Northwestern: Northwestern commit Madison Taylor is set to go off this season. Over the past couple of years, the Wantagh midfielder has greatly improved her ability to get to the net. Through her incredible agility and significnat speed, she is known to score on the move. Her lacrosse IQ is amongst the best in her class, and she looks to have her bet season yet with the team.

Lauren Dunne (2022, Midfield, ESM)- Butler: Lauren Dunne gets it done in the midfield. The recent Butler commit shows fantastic control, which she uses well in bring the ball down field. She shows incredible strength a midfielder and has a knack for making the key pass. She is set to step up on what will be a young ESM roster. You can expect her to have a solid campaign and play a key leadership role in 2021.

Abigail LoCascio (2022, Attack, St. Anthony’s)- Northwestern: St. Anthony’s Abigail LoCascio is simply scary on offense. There is nothing that she can’t do on the scoring end; she’s incredibly fast with her footwork being amongst the best in her class. A laser of a shot makes the recent Northwestern commit a danger from distance. She has the unique ability to set the pace of the game, something she will certaintly do in the new year.