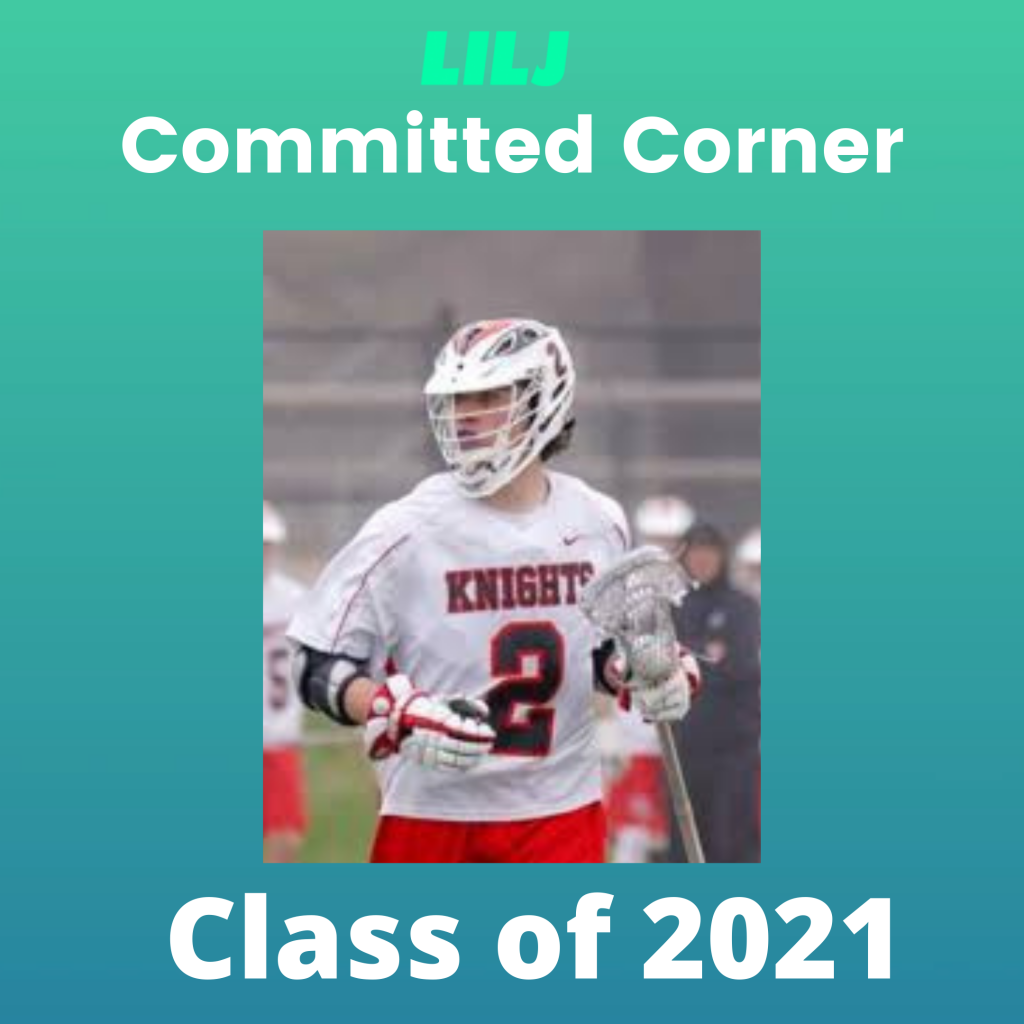 Jack Nolan (2021, LSM, Floral Park)- Drexel: Senior Jack Nolan is a Floral Park LSM with a lockdown mentality. He is never afraid of contact, often initiating it to regain his team’s possession. He has significant strength which he often uses to bully opposing offenses. With a large role to be filled in Floral Park’s defense, you can expect Nolan to make a tremendous impact on the field in 2021.

CJ Harris (2021, Midfield/Attack, Hicksville)- Hartford: Harris is a lethal offensive-minded midfield who is set to explode this coming season. The senior managed to score 17 goals and earn 8 assists on a roster that included names like Vincent Leonardi and Shane McBride. The Hartford will surely step into a key leadership role for Hicksville this coming season.

Danny McLoughlin (2021, LSM, Farmingdale)- Mercy: McLoughlin is a defense-minded player with a great sense for the game. He is gritty and always looks to regain possession for his team. He presents significant agility which makes him a problem at the LSM position for opposing offenses. You can expect this recent Mercy commit to stepping into a key leadership role for his Farmingdale team in 2021.

Torin Bograd (2021, Midfield, Huntington)- Geneseo: Bograd is a speedy midfield threat that can do it all on the field. He has impressive defense capabilities and has locked down some of his division’s best attack players. The senior has seen his fair share of success in moving the ball downfield and shows significant passing ability. You can look for him to have his most important season yet with the team.

Ronan Sanchez (2021, Attack/Midfield, Floral Park)- Tampa: Sanchez will be essential on offense this season. Amongst an offense that included Michael Kelly and Mitchel Kozak, the attackman managed to finished top five in goals and assists. He had significant speed and is known to score the off-balance shot with ease. The recent Tampa commit is expected to lead his team on the offensive end.

Rob Pisacani (2021, Goalie, Chaminade)- Geneseo: Recent Geneseo commit Rob Pisacani will only add to a stacked Chaminade roster. His play shines as one of the team’s best-kept secrets, with impressive reflexes and great communication skills. He controls the pace of the game through a distinct lacrosse IQ and vision. You can expect the goalie to have a greater role within the team’s offense this season.

Aidan Wagner (2021, LSM, Chaminade)- Tampa: Wagner is an absolute beast at LSM. He’s never afraid of the hard contact, will a cunning defensive mentality that pays off time and time again. Great vision and a lockdown mentality make Wagner a pickpocket specialist, often regaining possession and converting the pass downfield. Expect the Tampa commit to have his best season yet playing for Chaminade.

Felicia Delia (2021, Attack, Farmingdale)- Molloy: Delia makes scoring look easy. The Farmingdale attacker is known to score from all angles, giving defenders a huge problem in close range. Her agility is what stands out the most in a fast break situation, as this paired with a wonderful lacrosse IQ makes for the perfect storm. Expect the recent Molloy College commit to have her best season yet.

Carly Howell (2021, Midfield, East Meadow)- Molloy: Carly Howell is all things offense. The East Meadow senior had a stellar campaign in 2019 with a team-high 40 goals. This was no small feat, one that will surely continue throughout the course of next season. Her scoring ability is best attributed to her speed on offense and a cannon of a shot. The Molloy commit is set to go off in 2021.

Lauren Jablonowski (2021, Midfield/Attack, Island Trees)- United States Merchant Marine Academy: Jablonowski is set to have her best year with Island Trees in 2021. The senior had a field day with opposing defenses in 2019, scoring a team-high 30 goals and 24 assists. She is a hardnosed offensive-minded midfielder who has the distinct ability to change the momentum of the game. Look for her to do a lot of that next season.

Ryan McAllister (2021, Midfield, MacArthur)- LIU Post: Unfazed by the big moments, MacArthur’s McAllister lays the foundation for a productive offensive unit. The senior has great scoring ability and moves around well when cutting to the net. She will have a significant role in this year’s midfield unit while serving as an essential offensive facilitator. The LIU Post commit is definitely one to watch.