The Rivalry; Chaminade vs St. Anthony’s 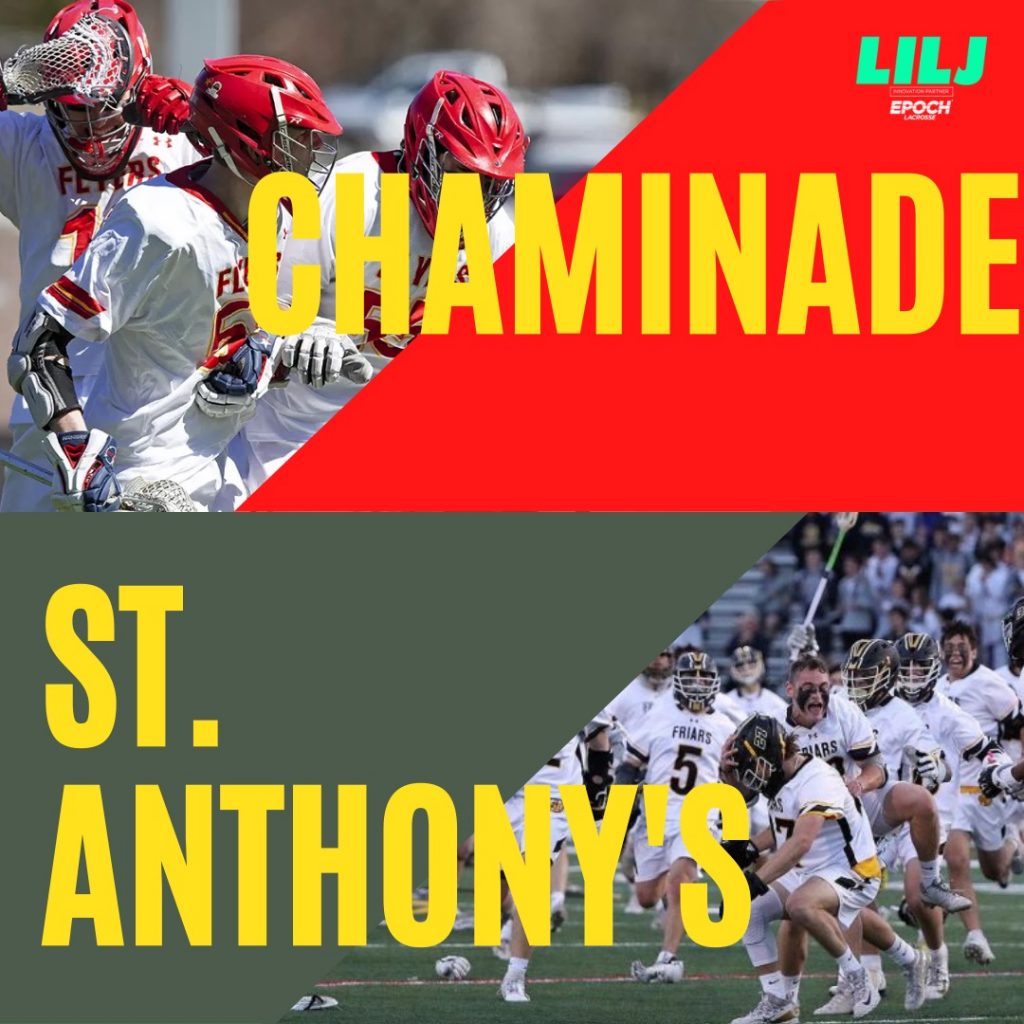 The Chaminade Flyers and St. Anthony’s Friars are two of the most elite programs in the nation. They are also two of the biggest rivals in the nation. This lacrosse rivalry between these two parochial powerhouses goes back years, with both teams having the same goal of winning the league championship. Two people that have been a staple in this rivalry are the coaches. Jack Moran has been the head coach at Chaminade for 41 years, while Keith Wieczorek has been at helm for the Friars for 21 years. Each have had tremendous amounts of success with many tightly contested battles against each other. The 2019 season was more of the same as these two teams found themselves playing in a championship game for the ages. The Friars came out on top in an epic 14-13 come-from-behind victory to capture the championship capping off a 15-1 season. Chaminade has also had their share of success against the Friars, winning three of the previous four games against their rivals.

Yale attackman Kevin Kuttin graduated from Chaminade in 2020 and says that the rivalry between the two schools is one of the best in the nation.

“The Chaminade-St. Anthony’s rivalry is one of the best high school lacrosse rivalries in the entire country. Any time we face each other, there is guaranteed to be a few dozen D1 commits on the field.”

Despite having the same mentality against every opponent, Kuttin says that the week spent preparing to play against St. Anthony’s has a different feel to it.

“We do not take any opponent lightly, and we respect everybody. The week of the Saint Anthony’s game has a much different feel to it, though. The focus in practice is a lot sharper. Nobody needs to make a point that we play Saint Anthony’s that week. Everybody is well aware.”

This is a matchup that tends to garner not just the attention of Long Islanders, but attention all across the nation to watch two of the best teams in the country square off.

“The game is so special especially because of how involved the schools get. Hundreds of Chaminade students are watching from the stands. If they are not at the game, chances are they’re watching it on TV. It’s a feeling like no other, and it’s a rivalry like this that makes a kid want to go to Chaminade. People across the country are tuning in to watch us play.”