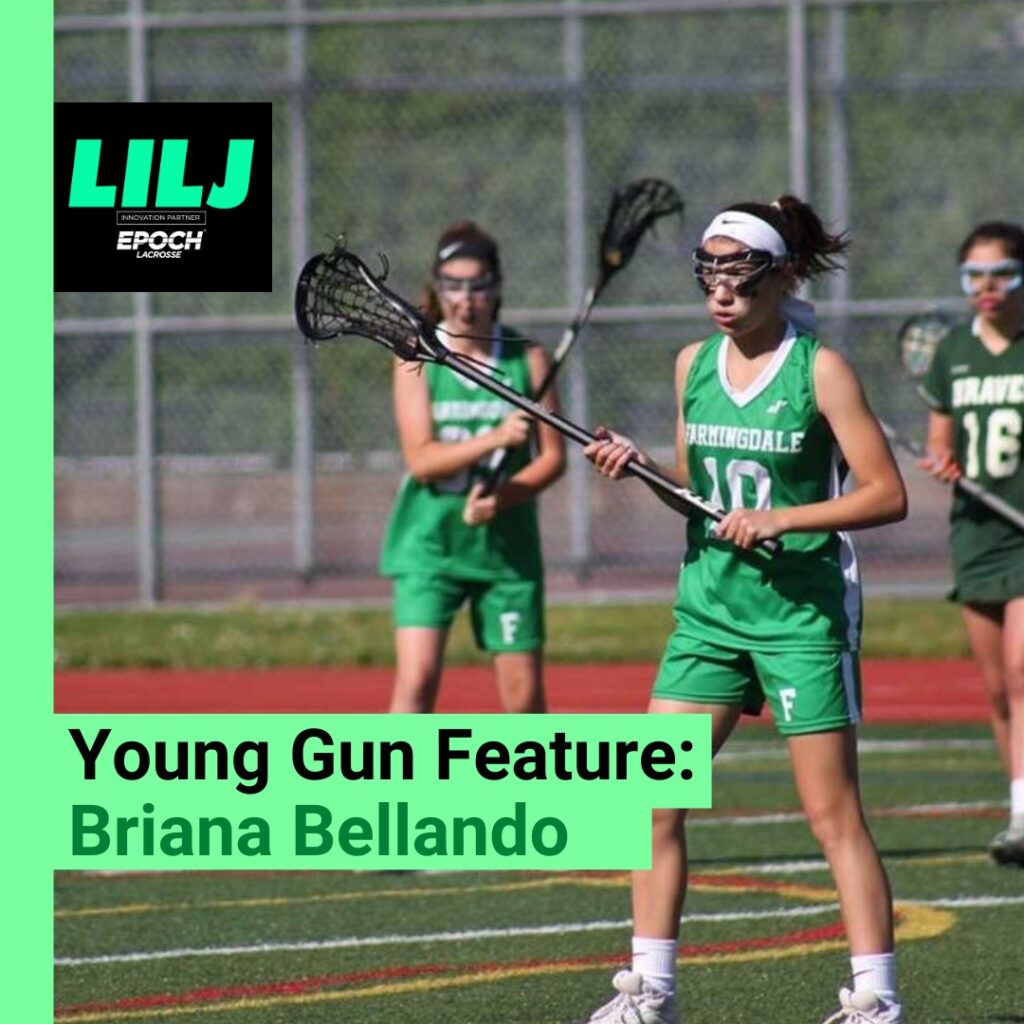 Farmingdale’s Briana Bellando is an up and coming sophomore who’s looking to have a very impactful season for the Dalers at the midfield position. She has been playing lacrosse since she was in elementary school and will now have an opportunity to show off her skills on the varsity level. Bellando says that her speed and agility are the best things that she brings to the field. In 2019, the Dalers had a tremendous season going 14-3 and winning the Class A Championship. With Farmingdale historically having one of the top lacrosse teams Nassau, expect them to be right in the thick of things in the 2021 season. Bellando recently spoke with the LILJ about her thoughts on the upcoming season and on the possibility of playing in college. Check out the full interview down below!

Q. How did you begin playing lacrosse?

A. I began playing lacrosse in fifth grade for my Farmingdale Pal team when I was influenced by friends from school to join. Later I started playing with the FLG travel team in eighth grade when I was looking for more practice, and because I love the game and the fun it brings.

Q. What would you say is your best attribute that you bring to the field?

A. My best attribute I bring to the field is my speed and agility. I play midfield and love to use my speed to get ground balls and then transition the ball. I work and play hard to bring my team to success.

Q. Is playing in college something that you see for yourself in the future?

A. I definitely see myself playing in college, I have been working hard to achieve that. It has been a goal of mine since I started and I would love to be able to play at the college level in the future.

Q. Farmingdale traditionally has one of the strongest lacrosse programs in Nassau County. What does it mean to you to be a part of such a great program?

A. Farmingdale has a long history in excelling in sports. I’m very fortunate to live in this town which puts such an emphasis on academics and sports especially girls lacrosse. It’s a great honor to be part of such a great program.

Q. What is your confidence level in the Dalers heading into the 2021 season?

A. My confidence level going into the 2021 season is very high. Farmingdale has amazing upperclassman leaders and a great coaching staff. Our team works hard and loves the game. I am very excited for this upcoming season and what it will bring us.