For Stony Brook Lacrosse, The Best Is Yet to Come: On The Rise 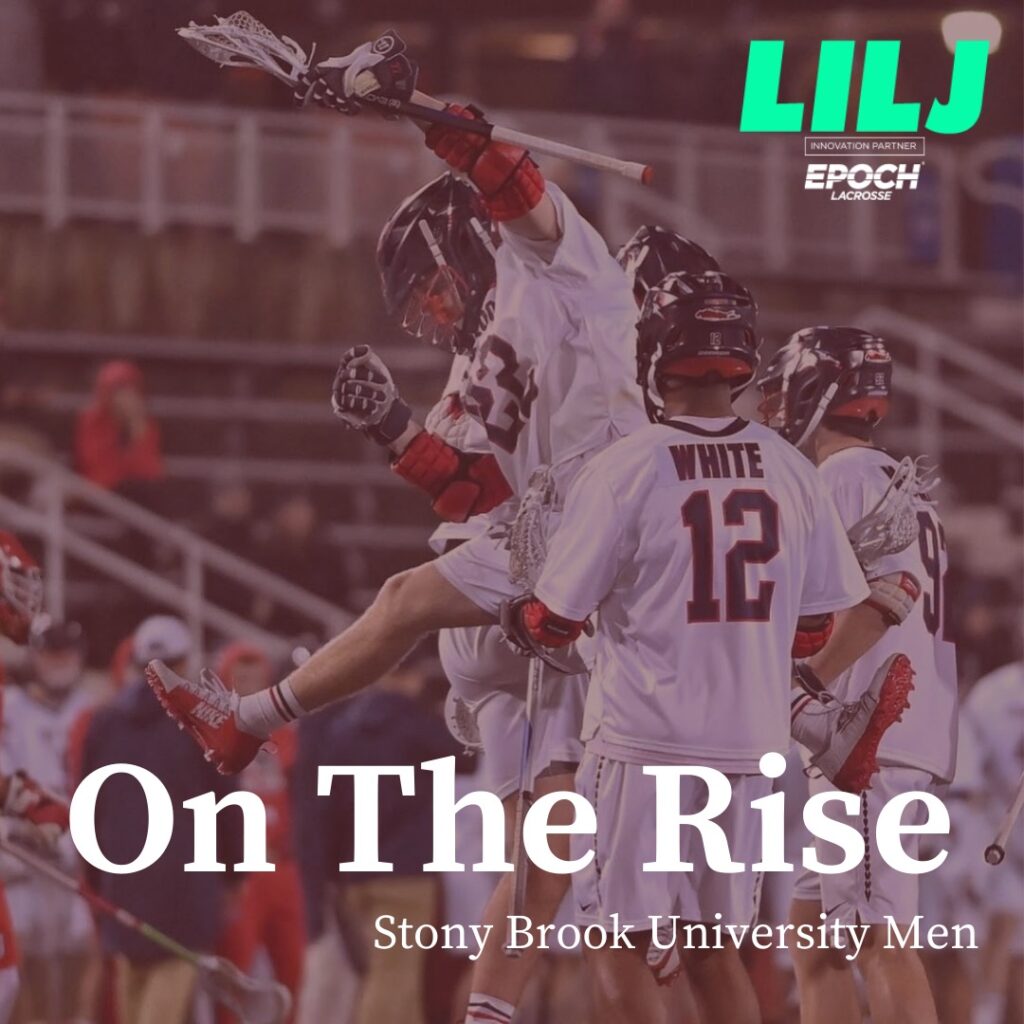 Over the last decade, Stony Brook University has continuously aimed to secure its place as a Division One powerhouse. The college has produced some of the game’s biggest names and only looks to evolve in the coming years. Last season was no exception; the program made a fundamental change by introducing a new coaching staff. And for what it’s worth, 2020 was the sign of better things to come. In the seven games that they played, the team went 5-2 and showcased impressive play from their key contributors. Head Coach Anthony Gilardi is excited and confident that this year’s squad can accomplish that and more in 2021.

The play of the team’s seniors was excellent– if last year proved anything, it showed the depth in the team’s roster.  A midfield squad including names like Chris Pickel Jr. and Mike McCannell was dominant. Pickel Jr. provided an impressive stat line and showed his grit on both sides of the field. Ontario-native McCannell did more of the same, demonstrating his agility and distinct lacrosse IQ. Devin O’ Leary and Connor Gripe are just two of the other senior midfielders that showed off their talent, too. Their ability to space the field was crucial last season and should provide the team with a sturdy backbone. I’d expect their play only to improve in 2021.

Michael Bollinger did a superb job as goalie in 2020. He has shown stellar composure in crucial moments and earned his career-high in saves last season. Expect him to go above and beyond in 2021 while providing a key leadership role for the team. With that said, the team’s defense, which included names like Danny Cassidy and Devin O’Leary, was also fantastic. Both play with a hard-nosed mentality that is hard to beat in any capacity. The two, accompanied by a sea of young defenders will be lethal this season.

Tom Haun and Corey VanGinhoven are both senior attackmen that will shine in 2021. Haun was a killer on both sides of the field; in the seven games played, the Ronkonkoma native put up 15 goals and picked up 21 ground balls. The latter put up numbers, too, controlling the pace of the game and earning 15 goals of his own. They both will play a needed role in the team’s offensive dynamic.

As for Stony Brook’s younger talent, I’d say that the sky is the limit. Take Renz Conlon for example, the Rocky Point FOGO who won 41 faceoffs last year. Austin Deskewicz was impressive as well, making his mark all over the field. Expect Wayne White to have his best season yet– the junior is expected to be a key contributor in this year’s offense. Other names to watch include David Mielle-Estrella, Patrick Kaschalk, Christian Lowd, and Harrison Matsuka– you can expect their performances to shine throughout the season. I personally believe Mielle-Estrella is set to have for a breakout year. He had some impressive performances in 2020, picking up four ground balls in each of the last four games of the season.

Coach Gilardi shared his thoughts on the upcoming season. “We are really excited [about] the chance to build on the foundation we laid as a new coaching staff last year,” he explained. “We are very fortunate are to have a lot of 5th Year Seniors back to anchor our team from an experience and leadership standpoint.”

Gilardi also praised the composure and determination of his team: “Our team did a great job this fall managing the uncertainty and focusing on controlling what we can control, which is attacking each rep and opportunity with championship effort, toughness and doing it together as a family.” It’s this mentality that they will use heading into 2021; we’ll see if they can make it happen.