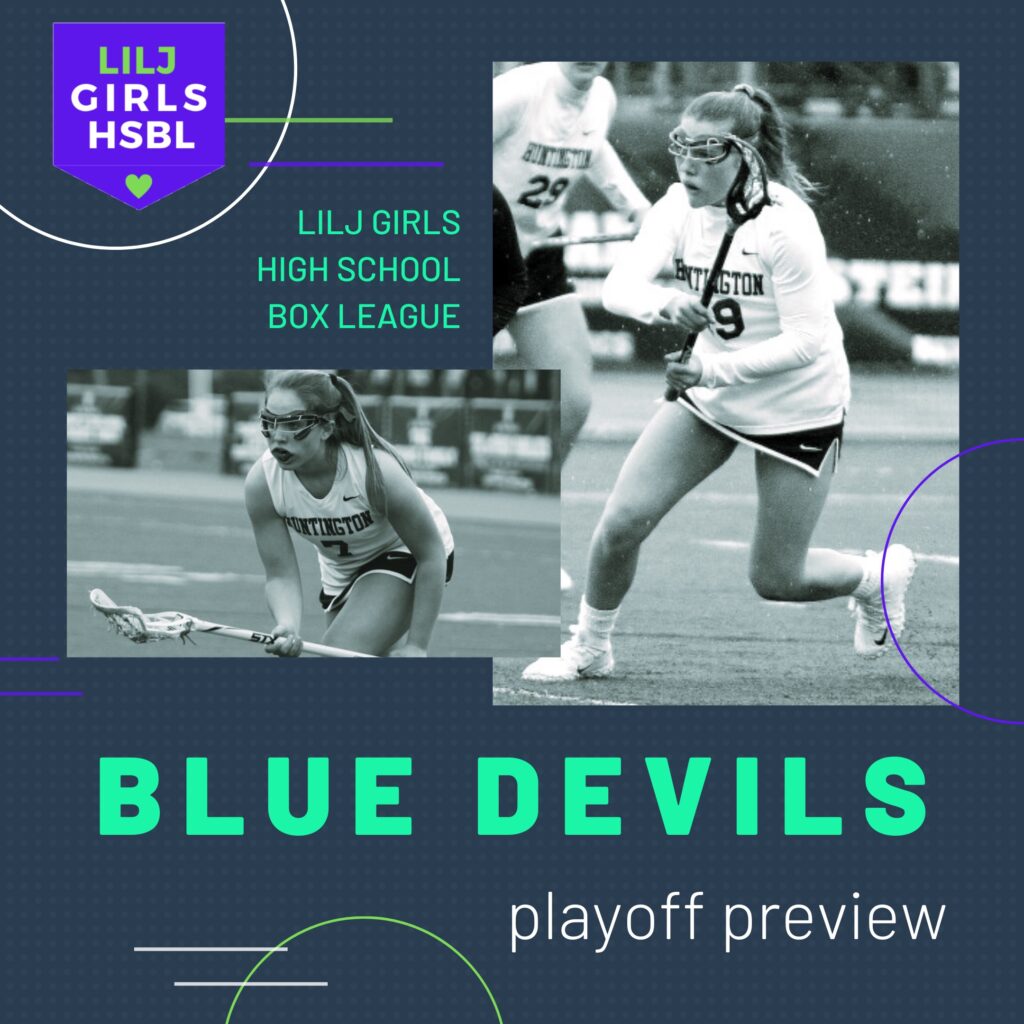 For the second part of today’s preview, we are going to take a look at the third seed in the playoffs, the Blue Devils. Their season started off bumpy losing to the Indians 23-10, but they bounced back and beat the Tornadoes and Marines in back to back games.

They then lost by one-point to the Braves before winning three straight games to end the season and finish 5-2. Beating the Marines in week three was the team’s biggest win. It gave them a tiebreaker for the third seed if the Marines had the same record as the Blue Devils.

This team flew under the radar for most of the season in part because they play as a team and don’t score as many points as other teams. They just find a way to win. We will look at their dynamic players who can help them win it all, their strengths and weaknesses, and their upcoming match-up against the Falcon Warriors.

This team plays through the Forte sisters. Jordan Forte is the older sister and is graduating this year and committed to Stony Brook University. She is the leader of this team and the gameplay runs through her whether it is scoring, passing, or defending. The moment that showed me her leadership was when they played the Falcon Warriors two weeks ago and she began stalling with six minutes with only a one-point lead.  She was the one who wanted the ball and was commanding her players to get into their spots. She understood the time and the momentum that the Falcon Warriors had after Madison Taylor brought the team back. Her leadership and experience will help the team, but she will need her team to step up as well.

Her younger sister, Gianna Forte, is another vital piece to this team. She comes up big in big moments like in that Falcon Warriors game where she hit the game winning shot at the buzzer. She isn’t afraid of taking big shots. Her team will need her to take big shots in these playoff  games because every shot will be important. Since she is younger, she has less experience than some of her teammates so her teammates will have to help her find open shots.

The last player we will talk about actually doesn’t start. Tess Calabria scored 21 goals on the season and comes in for the Blue Devil’s second line. Calabria is a strong offensive player that loves to drive through the defense to score. She finds the creases in the defense and attacks. Calabria is younger than Gianna and will be graduating in 2024. She has a bright future ahead of her for varsity lacrosse with her performance this winter. Keep an eye out for her performance and don’t be surprised if she leads the team with goals coming off the bench.

Their goalie, Lisa Martin, saves 60% of the shots taken at her and has 129 saves which leads the league. Martin is the backbone of this defense and usually bails out her teammates with incredible saves. Both Forte sisters are physical and want to disrupt the opponent’s offensive scheme. Another player, Emma Toner, causes turnovers and scoops  ground balls to turn them into fast break opportunities. It takes the whole team to play really tough defense and the Blue Devils have a great identity with their defense.

One weakness this team will need to improve on to advance in the playoffs is their ball movement. This team has three to four players who can score at will on most defenses. However, defenses get stronger the farther a team goes in the playoffs and going one-on-one will fail at some point.

Most of the goals this team scores are unassisted showing a lack of ball movement when they are set on offense. Ball movement is the best way to combat a strong defense because the defense can’t get set. Against the Falcon Warriors, this issue may not be a problem because of the Falcon Warriors’ goalie situation, but going up against the Braves or Indians, this team will need to focus on moving the ball, finding the open girl, and shooting at the right time.

The last time these two teams played, Gianna Forte hit a buzzer beating shot to win 10-9. So, this will be an exciting game with a lot of emotions baked in. The game-plan for the Blue Devils is simple, slow down Madison Taylor. This task is definitely easier said than done. One issue for the Blue Devils is they don’t have that one defender that can slow down Taylor, so it will be a team effort.

The Blue Devils will have to take advantage of the Falcon Warriors goalie situation, which has been nothing but spotty and inconsistent. They have a different person hopping in week to week. The Falcon Warriors don’t have the strongest defense in the playoffs, so expect Jordan, Gianna, and Tess Calabria to have a lot of goals but not many assists. This game could end in a shootout with whoever has the ball last will win and I can’t wait to watch this game.

Good luck to both teams, and stop by tomorrow for our preview of the tough Braves.