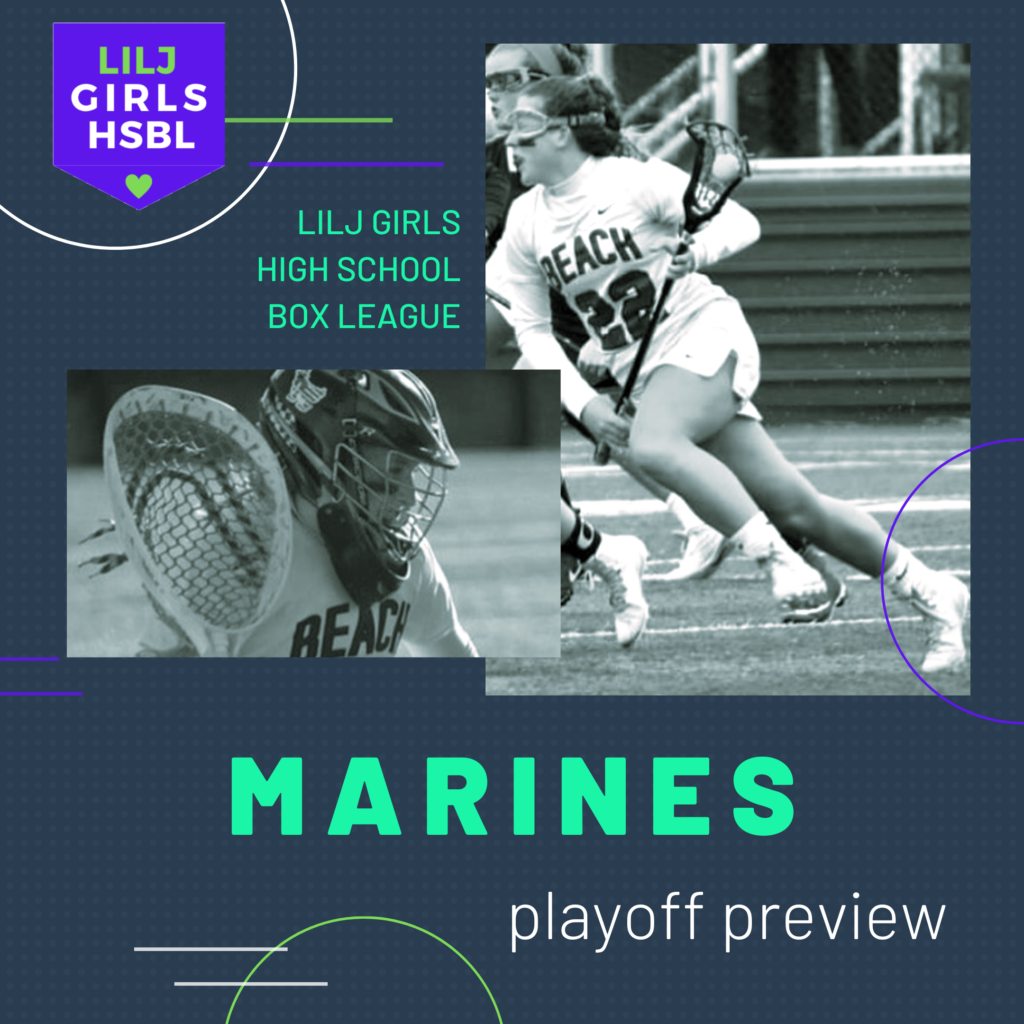 In today’s preview, we will take a look at the Marines which finished the season 4-3-1. Their first game of the season finished in a tie against their rivals, the Braves. The team would win their next two games against Liberty and the Tornadoes.

The team then lost to the Blue Devils before beating the Falcon Warriors two times in a row. Finally, to end the season, the Marines lost to the top two seeds, the Braves and the Indians.

The Marines play an emotionally charged style of play that relies on momentum. If the team gets out to an early lead, it is really hard to beat them. But, if they fall behind, this team could struggle mounting a comeback.

We will discuss which players must step up for the Marines to make a deep playoff run, some of their strengths and weaknesses, and how they matchup against their upcoming opponent.

The first player that must play well is the Marines’ star attacker, Delaney Radin. Radin scored 47 goals on the season leading the entire league and averaged six goals a game. Radin is the leader of this team and will try to energize her team if they are down. Every team the Marines play will need to focus on Radin, so it will be important for Radin to get her teammates involved, or work for better shots. Radin also leads the league with 22 assists. The Marines are going to need her to score and assist at the same pace she did in the regular season to keep up with the scoring ability of the other playoff teams.

The next players we are going to look at are a pair of midfielders: Ava Main and Cate Miller. Main is a quiet player that rarely shows emotion. She is the lead by example type because she is always playing her hardest and goes for every loose ball. She has the second most goals on the team and the second most ground balls. Main is a versatile player that could lock down a teams best player and contribute to the team’s scoring.

Miller is the last player we are looking at for the Marines. Miller has an interesting role as a midfielder on her team. She tends to stay back on defense for most of the game until she grabs a ground ball. In the regular season, she picked up a league leading 37 ground balls. When Miller scoops a ground ball, she then bolts to the offense creating a fast break opportunity just by how fast she is. Then, she finds Radin on the left side for a goal by Radin. Miller is the spark this team will need if they find themselves down during a game. With one ground ball, Miller can swing the momentum of the game, and watch out for her speed while sprinting down the court.

The Marines greatest strength is their scoring ability. With players like Radin and Main, the team scores with ease. When Radin finds her rhythm, she is unstoppable. With the help of Miller, the Marines score multiple goals in a row.

Aside from fast break goals, the Marines also can score when they go against a set defense. The team likes to use the X area of the court in order to find passing lanes. The team can score a lot of goals with Radin just shooting, but this team is very dangerous when Radin scores and passes because the defense can’t just focus on her.

The Marines are also strong in net, behind starting goalie Sarah Gusler who has over 100 saves on the season. If Gusler stands on her head, there is no predicting where this team will go come playoff time.

I’d like to see this team master their emotions by moving past mistakes made on the court quicker, staying positive from the bench to the court, and maintaining faith in their team’s abilities to excel against any opponent.

Miller will have to push the ball when she gets it to prevent Liberty from setting their defense. Radin will find easy goals if Miller can create fast break opportunities with her speed.

The Marines can win this game if they keep their emotions in check. Liberty is a pesky team that will force turnovers and mistakes. Hopefully, the Marines’ coach will allow his girls to play aggressively even if they make mistakes. This game will have a lot of emotions boiling and things may get a little chippy on the court. I can’t wait for this one!

Good luck to both teams on Saturday, and later today we will preview the Blue Devils, so keep an eye out for that!