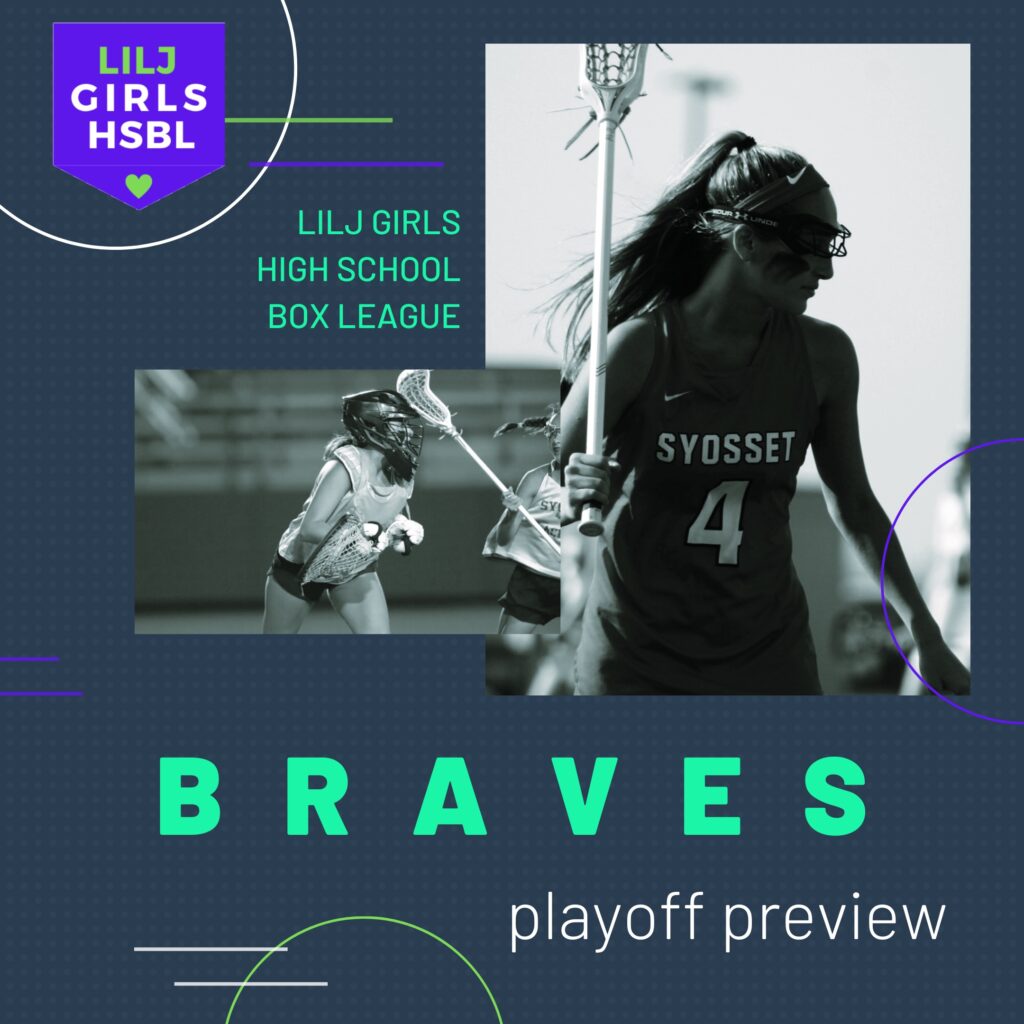 With the week coming to an end, we still have to look at the top two teams in the league. Today, we are taking a look at the Braves who finished the season 6-1-1.

The Braves season started with a 20-20 tie against their rivals, Marines. The Braves almost lost, but Carly Greenbaum scooped a ground ball and scored as time expired tie the game. The following week, the Braves played the Falcon Warriors and beat them 17-13.

Week three was the turning point for the Braves season when they lost to the Indians 26-19. After that game, the Braves won their last five games including a 9-7 nail biting win against the Marines to secure the second seed in the playoffs.

The Braves have a real chance of winning it all this season and we will look at some players that need to play well, their strengths and weaknesses, and their upcoming match-up against the Tornadoes.

The first player we are looking at today is the heart and soul of this team, Jillian Hooey. Hooey brings so much passion to each game that you will hear her cheering for all of her teammates even when she is on the bench. On the court, she brings toughness to this team. As a midfielder, she plays both offense and defense, but her biggest strength is her ability to shut down players on defense. She uses her quick feet and physicality to disrupt opponents offense and force poor shots. In these playoffs, she will need to shut down some of the best players on Long Island including Madison Taylor, Emma LoPinto, and Delaney Radin. Watch for Hooey guarding the best player from each team in these playoffs.

The last player we are looking at today is Ava Ceglia. Ceglia is one of the most exciting goalies to watch in this league. She can be a little too aggressive when leaving the crease to pick up ground balls, but when she is in the crease it is tough to get the shots by her. Not only does she make saves early on in the game, but she comes up big for her team in some of the biggest moments.

In the last week of the regular season, the Braves played the Falcon Warriors. The Braves needed a win to clinch the second seed and were leading by one with 30 seconds left. Madison Taylor had forced an 8-meter and was ready to tie the game after scoring the Falcon Warriors last two goals. As Taylor shot to the left side of the goal, Ceglia slid in front and saved the shot and won the game for the Braves. Ceglia will have to make these timely saves in the playoffs for her team to win.

The defense for the Braves is their biggest strength. The Braves have a lockdown defender in Hooey who can guard the opponent’s best player. The Braves play a physical style of play where the opponent will struggle going through the defense for a good shot. They held two teams under ten points and they held the Marines to just seven in week 7.

The Braves set the tone early in games with discipline defensive possessions that garner no points for the opponent. Each player communicates with each other on defense so everyone knows where the offensive players are. Their physical style of play surprises some of their opponents into losing the ball and causing turnovers.

One weakness that the Braves have is their lack of firepower on offense. Besides for Greenbaum, Ngitngit, and Kitagawa, no one else has scored ten plus goals on the team. If a team were to shut down two of those players in a game, the Braves would have to look to other players to score. However, in the playoffs, teams are going to be playing tougher defense and most of the Braves players can’t keep up with the volume of goals those three girls put up. Lastly, Kitagawa is a question mark going into playoff Saturday.

The Braves offense will need to step up during the playoffs to keep up with the scoring of the Indians or Marines. Yes, their defense is superb and can stop almost any team, but the Braves will need to win in a shootout against the Indians if they face them in the championship.

The last time these two teams played was in week five when the Braves beat the Tornadoes 19-11. This win is a little concerning even though the Braves won by eight. The Tornadoes don’t have the strongest offense in the playoffs, but they start games really well. Both teams played each other physically and scoring was tough in the early stages of the game. The Braves only started controlling the game in the last ten minutes of the first half and then went on to win.

For the Braves, they need to start fast and score early and let their defense stop the Tornadoes offense. If not, the game could become a low-scoring defensive battle where it will be tough to get a lead. For the Braves, Greenbaum has to be ready to score against this team.

Good luck to both the Tornadoes and the Braves! One day closer to the playoffs and we will end the week tomorrow with a playoff preview for the undefeated Indians.