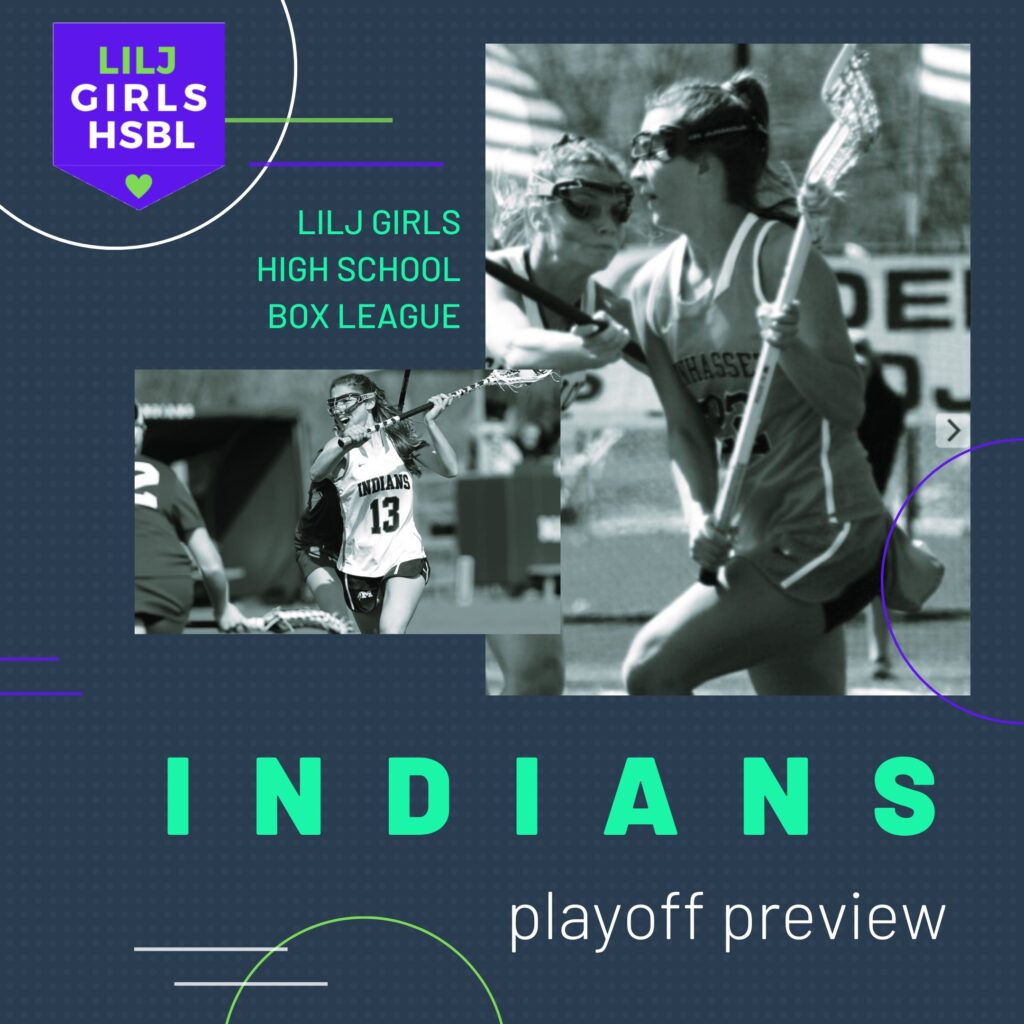 For our final playoff preview, we will take a look at the undefeated Indians. A team full of talent that works well with one another. From the first win against the Blue Devils, to their last win against the Marines, the Indians have proven they are the best team in the league.

The most impressive part of this season for the Indians is that they don’t have a coach. This team is full of seniors and juniors who have been playing lacrosse together since they picked up a lacrosse stick. The experience these girls have with each other allows them to execute a game plan without needing a coach.

For our last preview, we will look at some of the players who will need to play well for the Indians to win it all, their strengths, and their weaknesses.

The first player we will look at is Grace Gately. Gately had an incredible box season scoring 43 goals and dishing out 20 assists. Gately scores the majority of her goals directly in front of the goal. She has a wide array of moves to get the goalie to jump one way and give her an open shot. The Indians need Gately to continue her dominance in front of the net to tire out the opponent’s goalie. Another classic move Gately pulls is playing defense on the goalie forcing turnovers. Gately is tall enough to disrupt goalies clearing the ball.

The next player we will discuss is Emma LoPinto. LoPinto and Gately create a dynamic duo of scoring for the Indians. It is nearly impossible to stop both of them at once. If LoPinto is open, she will shoot to score, but if she sees Gately is open, then she will pass it to her. LoPinto is a scary player to play because she cares about winning and not having the most goals. She can weave her way through any defense and has different shots for different situations. She can shoot a regular shot, an underhand shot to go in the goalie’s 5-hole, or behind the back shots which she pulled off against the Marines last week. Whoever plays the Indians needs a detailed game plan to slow down LoPinto or she will dominate the game.

The last player we will look at is the Indians goalie, Finley Collins. Throughout the season, the Indians offense has been so dominant, Collins sometimes doesn’t get many opportunities to perform. On the season she saved 37% of the shots she faced. In the playoffs, each goal matters, so Collins will need to outperform her regular season self to ensure a championship for the Indians.

The greatest strength for the Indians is their offense. With players like Gately, LoPinto, Ashley Newman, and Meagan Reilly, no defense can slow them down. Since these girls have been playing together for so long, they have great chemistry between them. LoPinto knows how Gately wants her passes, and Newman knows where Reilly will be when she’s running a fast break.

As a defense, the best way to play this offense is to be physical with them. The Indians are always comfortable when they run their offense. A physical defense will disrupt their flow and could force turnovers or bad shots. However, no one in the regular season was able to slow their attack, so slowing down their offense is easier said than done.

One weakness I have noticed during the season is their slow starts. In the last game of the regular season, the Indians started slow against the Marines. With ten minutes left in the first half, the Indians were up 5-4, but then went on a run to lead 13-7 at half. In a 50 minute game format, a slow start isn’t the end of the world.

But, in the playoffs, the games will only be 30 minutes. The Indians will need to start hot and score early. If the Indians get a lead, they are extremely hard to beat because they will use the opponent’s aggression and desperation against them. However, the Indians haven’t played in a real close game this season, so if they start slow and maybe are losing at half, they could be in trouble.

Here is the full bracket for the playoffs. 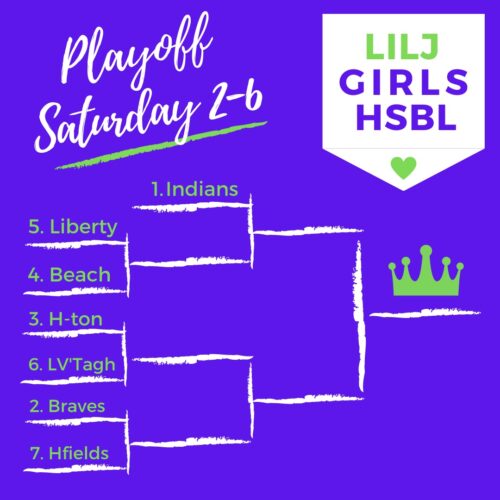 The Indians received a first round bye, so they will have to play the winner of Liberty vs. Long Beach. I just wanted to wrap-up this playoff preview with a thank you for reading them. I hope I gave fair points for all teams and helped all the readers get a deeper understanding of each team.

I loved watching the Inaugural LILJ Girls High School Box League. Every girl played incredibly and I enjoyed watching each team play. From impossible shots to impossible saves this has been one of the most exciting high school seasons I have watched. Good Luck to all the girls on Saturday and whoever wins it all definitely deserves it.

Parents, fans, and college coaches can watch Playoff Saturday LIVE Tomorrow by clicking the link below. We hope you enjoy our coverage and tune into watching some of the best female lacrosse players on Long Island!