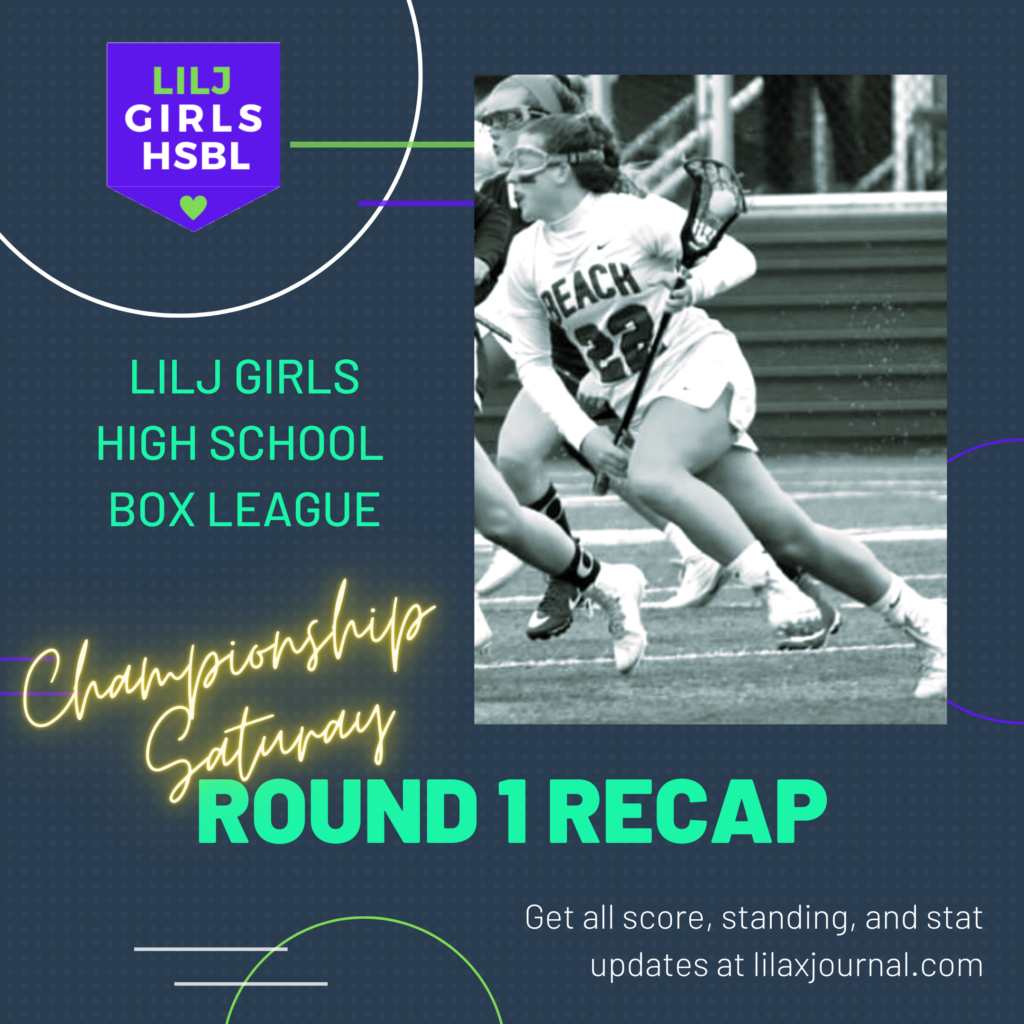 What a day of games on Saturday to end the inaugural LILJ Girls Winter Box League. Before watching if Patrick Mahomes can beat the GOAT in Tom Brady later today, let’s look at how this championship Saturday went.

In the first game of championship day, the Long Beach Marines and Liberty faced off to advance to the semi-finals. But, Liberty was missing a lot of players due to basketball starting in different high schools. Liberty didn’t have enough people to play 7 on 7, so they played 5 on 5 against the Marines.

Liberty jumped out to an early lead after Sienna Longobardi found a cutting Eleanor Dillmeier for the score. After Liberty had the lead, Delaney Radin for the Marines took over the game driving through the defense and finding the top right corner for the goal. Then, Delaney Chernoff scored for the Marines.

The Marines’ goalie, Sarah Gusler had herself a day during the tournament. In this game she saved different type of shots from 8-meter to fast break shots. Liberty’s offense couldn’t get passed her and at halftime Liberty was down 8-2.

To start the second half, Cate Miller found Radin for the goal after Radin cut in front of the goal. Dillmeier answered right back, but the Marines’ lead was too large for Liberty to comeback especially while missing some of their best players like Caitlin Kenney and Amelia LoPinto. Radin finished the game with seven goals and two assists in the 17-6 win.

Game 2: The Falcon Warriors vs. The Blue Devils

This game had enough players to play 7 on 7. The Blue Devils started the game with Gianna Forte quickly scoring after a draw. The Falcon Warriors answered right back after Payton Tini found Erin Whitaker for the goal. The Falcon Warriors were missing Madison Taylor for this game which put them in a hole because she was their leading scorer for the season.

Katie Browne drove on the right side of the goal and scored. The Falcon Warriors had trouble scoring on the stout Blue Devils’ defense and only scored two goals before halftime. Many different players contributed to the scoring for the Blue Devils in the first half. Emma Toner had three goals, Tess Calabria scored twice, and Gianna Forte scored two goals. At half, the score was 12-2.

Game 3: The Tornadoes vs. The Braves

Unfortunately, for the Braves, they also had a lot of players missing due to basketball practice. But, they had enough girls to play 7 on 7 against the Tornadoes. Marina Bergin drove into the physical defense of the Braves for the first goal of the game. The Braves started the game a little flat because they were missing some key parts of their team including Jillian Hooey. But, Jessica Colalillo found a cutting Juliana Coundouris for the Braves first goal.

The Braves scored the next three goals in the game. Carly Greenbaum drove into the Tornadoes’ defense for one and Sydney Strohmayer went coast-to-coast for another goal. Kaitlyn Moyka scored a goal for the Tornadoes with just under a minute left in the half. Then, Noelle Melgar scored for the Braves on an 8-meter to end the half with the Braves leading 5-2.

The second half started with Colalillo finding a bolting Nicole Fanelli in front of the net for a score. The first goal set the tone for the rest of the game. Even while the Braves were missing some of their key players, they were there to win. Greenbaum found another goal after, then Mallory Ngitngit scored.

Even down big, the Tornadoes never gave up. Bergin drove through the Braves defense, got hit in the face with a stick, and scored a goal without flinching. The goal showed that the Tornadoes came to play even as a seventh seed. But, the Tornadoes couldn’t overcome the deficit and the Braves won the game 12-4.