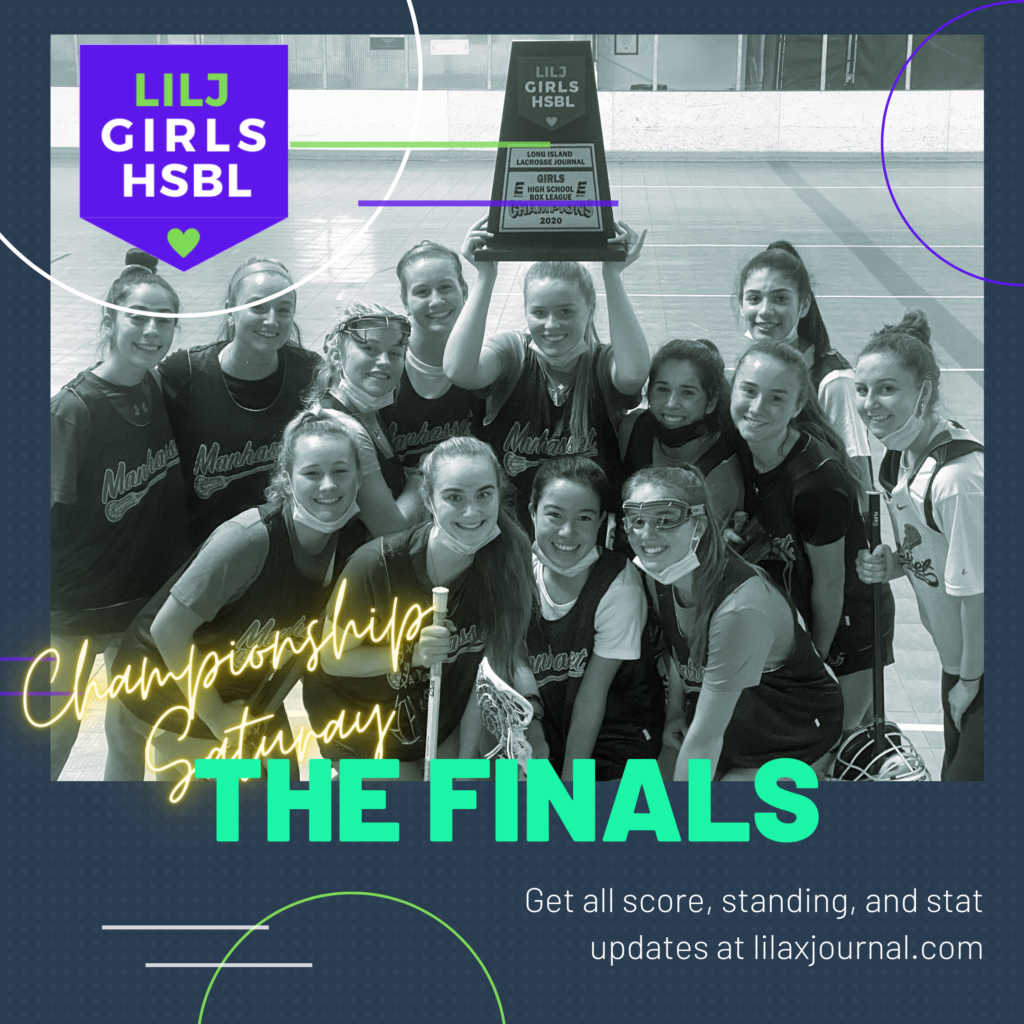 Championship game: The Indians vs. The Blue Devils

After a long winter season of playing box lacrosse. The last two teams left were the undefeated Indians and the red-hot Blue Devils. Going into this game, the Blue Devils were playing their best lacrosse winning five straight games while the Indians didn’t lose a game all season.

The game started with the Blue Devils winning the initial draw. Jordan Forte, the Blue Devils leader, wanted the ball in her hands. She decided to start the game slow and have the Indians play at her own pace to disrupt their offensive flow. Forte scored the first goal on an 8-meter after she waited two minutes to start her drive.

Alexa Amorrison scored again for the Blue Devils to give them a 2-0 lead. The Indians came right back with Ellie Taylor finding an open Alexis Morton who threw some pump fakes and scored on the Blue Devils’ goalie, Lisa Martin. Ashley Newman dished a nice pass Annalisa Massaro for the tying goal. Morton came back down the court and found the opening in the defense and drove right in for the goal. On the Indians’ next possession, Morton found Massaro for the Indians’ fourth straight goal.

The second half started with Grace Gately wrapping around for the goal. Newman then scored adding to the Indians’ lead. But the Blue Devils wouldn’t go down without a fight. Gianna Forte came down the court and scored on a wrap around shot. Then, after Jordan Forte missed a shot on goal, Amorrison picked up the rebound and scored making the score 8-7.

The Blue Devils were picking up momentum from the two goals, so the Indians had to deliver to pull off the perfect season. Anytime the Blue Devils were picking up momentum in this game, Morton would calmly go down the court and either score or assist the next goal. Morton passed to Massaro from the X for a goal. Then, the Indians started stalling with four minutes left.

The Blue Devils couldn’t take the ball away from the Indians and Morton found Newman for the goal adding to their lead with just one minute left. The Blue Devils failed to score on offense and Gately found Morton for her fourth goal. To end the game, Gately stole the ball and scored at the buzzer  to give the Indians the 11-7 win in the championship capping off the perfect 9-0 season!

As the Indians held up the trophy in their win, Alexis Morton won the tournament MVP with four goals and three assists in the championship game. She deserved it with her excellent play throughout the playoffs. On the day, she finished with six goals and five assists. Congratulations Alexis Morton on a great performance in the playoffs and congratulations to the Indians for the perfect season!