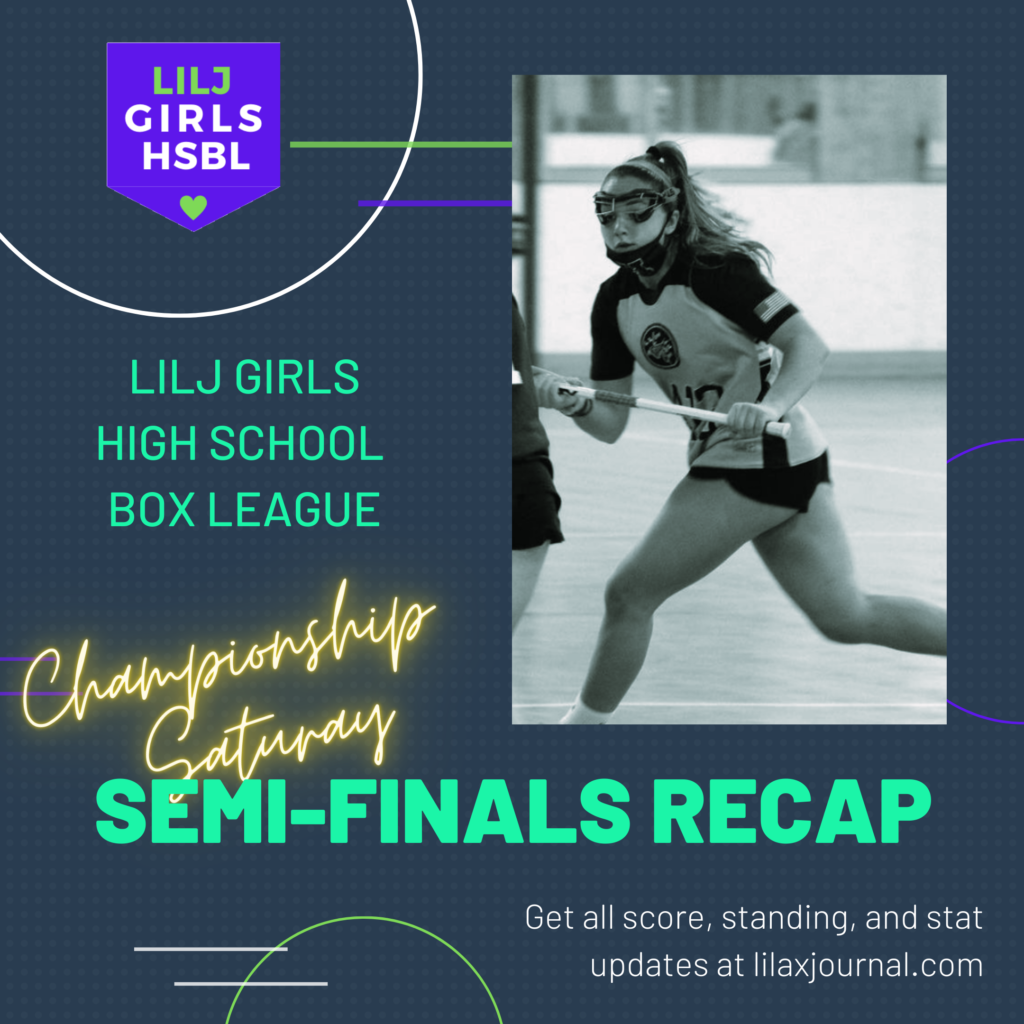 Game 1: The Indians vs. The Marines

For the Marines, this was their biggest game of the season, because they thought they had a chance to dethrone the best team in the league. The Indians were missing their best offensive player in Emma LoPinto, so the Marines were hungry to play the Indians. Ava Main scored the first goal of the game after taking it coast-to-coast. Then, Alexis Morton runs across the goal and answers tying up the game. Morton finds Grace Gately on the next possession for the score.

Gately scooped up a ground ball on the rebound and scored again for the Indians to give them a 3-1 lead. Main started the game strong with the first goal for the Marines, then passed to Delaney Chernoff for the goal.

With less than a minute left in the first half, The Marines were down 5-3 and needed to tie the game before half. Delaney Radin threw a perfect pass to a cutting Main to bring the Marines to within one. With just 30 seconds left, Radin drove out from the X and wrapped around to tie the game 5-5 at half.

Coming out of halftime, Cate Miller found Main for her third goal of the game. But, Morton quickly answered to tie the game again. The game stayed tied until Emma Toes found Gately for the goal. Then, Ellie Taylor picked up a rebound and scored for the Indians. After, Morton threw another perfect pass to a cutting Ashley Newman who scored. Newman then scored again so the Indians scored four goals in four minutes to give them a four point lead with just three minutes left.

Radin had a chance to give the Marines some life on an 8-meter, but did not score. With 40 seconds left in the game, Cyla Timperio scored for the Marines, but the Marines ran out of time and lost 11-8 to the Indians.

Game 2: The Braves vs. The Blue Devils

The Braves and Blue Devils battled for the final spot in the championship game. Katelyn Lee scored the first goal for the Braves after a slow start from both teams. Once the Blue Devils switched their midfielders, Emma Toner found Tess Calabria for the tying goal. Then, Calabria scored again.

Jordan Forte got into the action scoring two goals in the first half for the Blue Devils. The half would end after Toner found Calabria for her third goal of the half giving the Blue Devils a 6-2 lead.

The second half also started slow while the defenses of both teams showed how tough they were. The first goal of the second half was scored by Kiera Cocoran on an 8-meter. The Braves scored the next three goals and only trailed by one point with under two minutes to go. The Blue Devils tried to stall the game and wait for a perfect shot. But, even when they found the perfect shot, Ava Ceglia would save it for the Braves.

With just under two minutes left, the defender, Laurel Bonn, scooped a ground ball and went coast-to-coast and scored on Ceglia to give the Blue Devils a two point lead. The Braves failed to score again and the Blue Devils ran out the clock and won a close game 7-5 and were heading to the championship game.