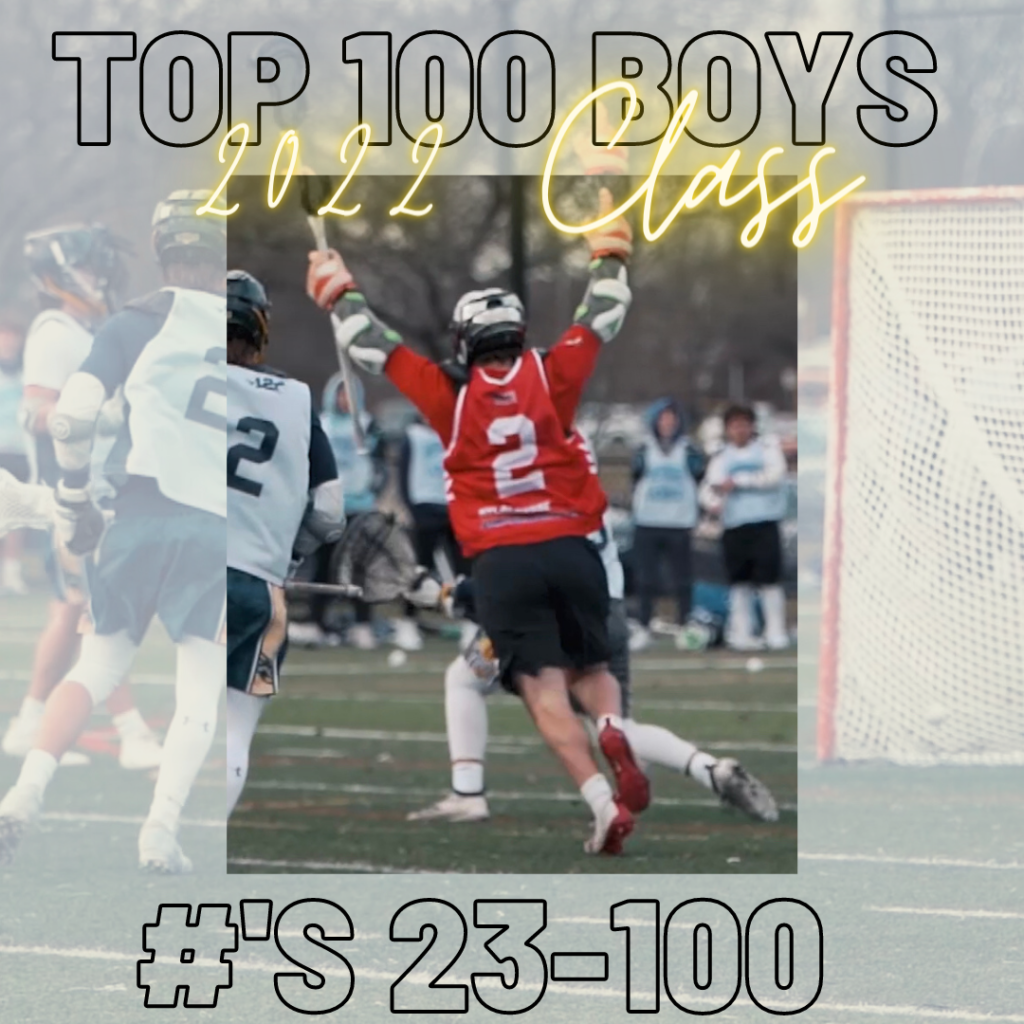 Welcome to the top 100 men’s players on Long Island! Today we are going to showcase the first 77 of the most impressive juniors playing on the island. Our group of talent evaluators received over 200 names of just juniors who could have appeared on this list. In a sandlot format, the LILJ took the time to decide which players should be selected. The first player picked would be the best recruit from the class of 2022 and the second pick would be number two and so on. Not only did the LILJ take some of the best lacrosse players, but they looked at intangibles like leadership, toughness, as well as ground ball play.

You can listen to the LILJ’s Top 100 discussion here. We will not reveal players 22-1 until next Friday, so make sure to keep and eye out for that. For this week, we will look at players 100-23. All these picks are a matter of opinion and not fact, so we welcome all snubs with open arms, comment to let us know what you think of the list, enjoy!

In the ranking, we will give you the players name, position, high school, and where they committed if applicable.

At 5’10, Liam Lennon uses his quickness to fly by defenders. His scoring ability means most teams focus on him, and he has the ability to find the open man for an easy shot. Lennon can also get physical on defense causing turnovers. His speed allows him to blow past defenders in transition creating easy shots for him and his teammates. He’s also a south paw, which always helps in this game.

Thanks for reading! Come back next Friday for the final 22 players on Long Island for the class of 2022.