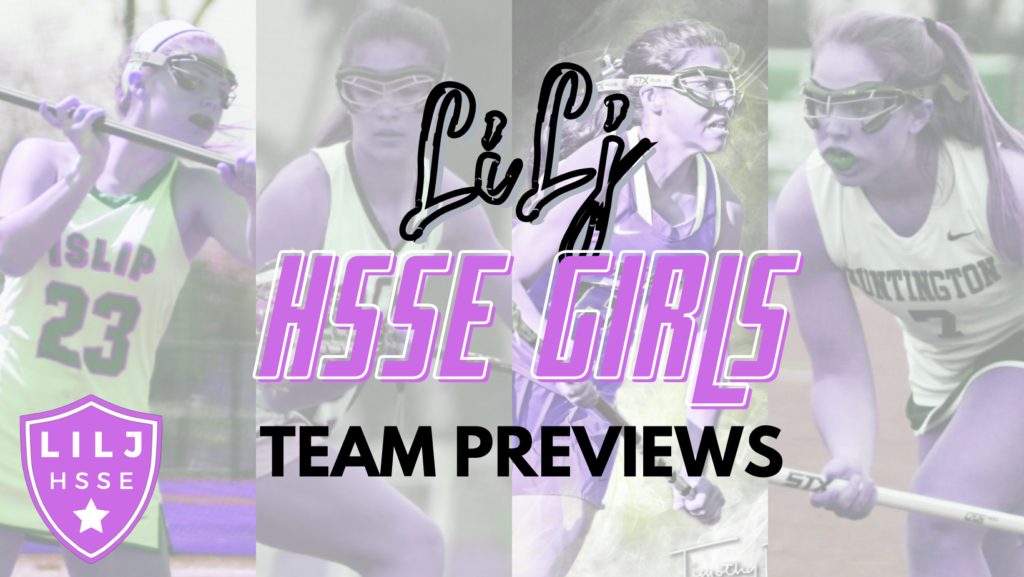 On Sunday, February 28th, the LILJ will be hosting the inaugural High School Spring Experience for girls and boys high school teams. This eight week league includes 10 boys teams and 10 girls teams battling for the inaugural title. The LILJ will live stream every game and cover each team to highlight the programs, promote the players, and grow the game on the island. Please be sure to tell a friend about the HSSE league so we can hype up all the amazing talent coming through this experience.

In this article, we will take a quick look at each girls team’s players to watch, key match-ups during the season, and who they are playing in their first game.

First game: Bayport will open this season against their rivals Shoreham Wading River in the first Epoch game of the week. Follow the LILJ on instagram @lilaxjournal to see some great content and updates from this match-up!

First game: Huntington will start the season against Stony Brook School who will have a slight home-field advantage.

First game: Islip will take on Montauk in last game of the first week.

First game: Long Beach will face a familiar opponent in Wantagh after battling them during the LILJ girls winter box league.

Before looking at this team, we have to look at how it was formed. This team is made up of “free agents” who wanted to participate in this league, but their high school was not entering the league. This team is a mix of girls from different high schools from across Long Island just looking to get a stick in their hands.

First game: Montauk will play against Islip to open the season.

First game: Sachem North will face off against Westhamptom to open their season.

First game: For the first Epoch Game of the Week, Shoreham Wading River will face off against their Class C rivals Bayport.

First game: To kick off the HHSE season, Wantagh will play against Nassau power Long Beach.

Good luck to all the girls teams!