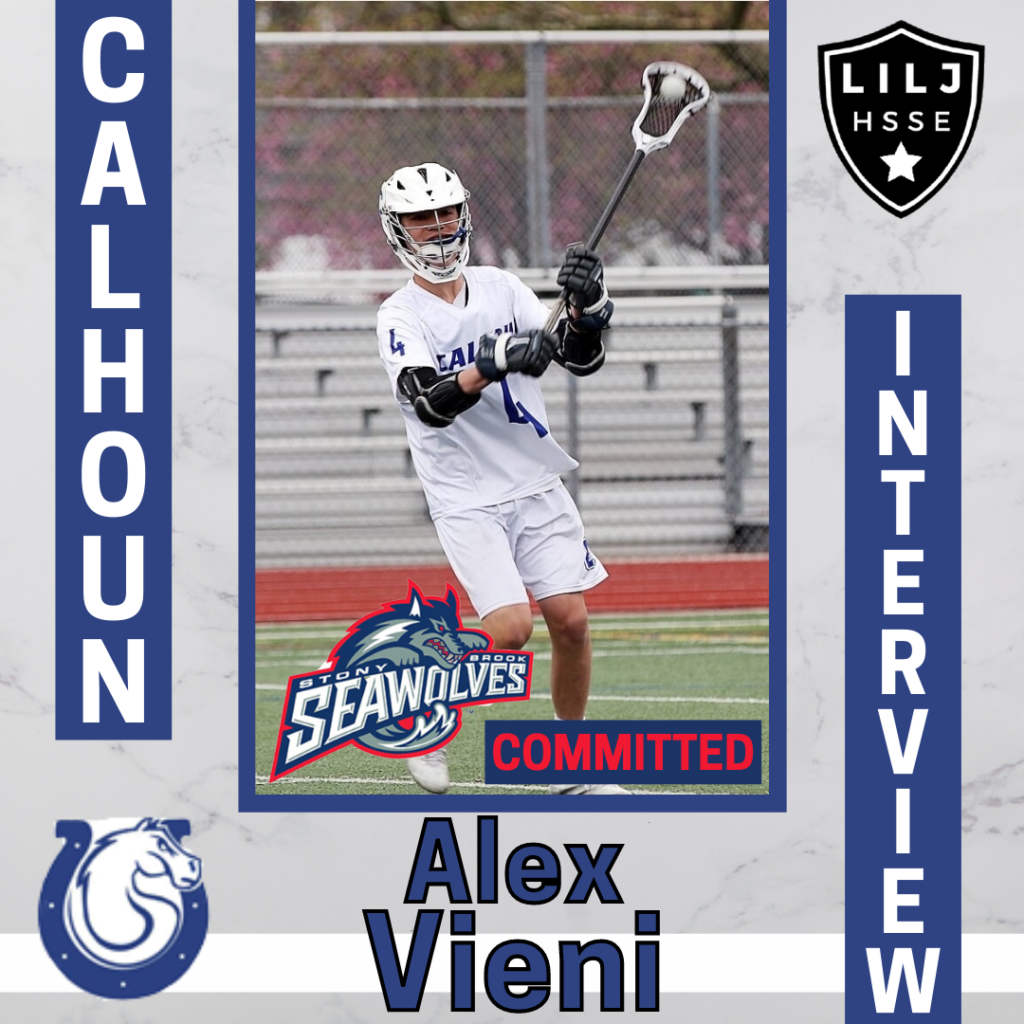 For Alex Vieni, the recruiting process was defined by each school’s coaching staff. The Stony Brook commit credited head coach Anthony Gilardi and associate head coach, JP Brazel, for giving him a sense of the culture taking place at Stony Brook. As Vieni gears up for his final high school lacrosse season, he is using the High School Spring Experience as preparation for his final season.

Yeah, thank you. Coach Gilardi and Coach Brazel gave me a sense of feeling wanted at Stony Brook and that’s what really separated them from other schools. Coach Feminella had been acquainted with Gilardi for a while and knew that he was about to turn things around at Stony Brook. I saw they had some great commits in my class as well and I knew I wanted to be a part of such a great recruiting class.

Have you decided on a major? If so, what is your major? Did your major lead you to choosing Stony Brook?

I have decided to major in economics. It’s something I wanted to study before I even thought about schools and Stony Brook happened to offer a great program.

What was your favorite part about the recruiting process? What schools were you thinking about besides Stony Brook?

My favorite part about the recruiting process had to be getting to connect with different coaches and gaining different perspectives. Every coach is a different experience and the conversations prepare you well for the real world. In the back of my mind, I was always interested in SUNY schools such as Albany and Binghamton.

What are you most looking forward to accomplishing during the High School Spring Experience?

I think everyone on the team is super excited about the LILJ spring experience. It’s a good chance to get together as a team before the official spring season hits. My goal is to get best prepared for the season by challenging myself with different matchups but also becoming more comfortable being in the quarterback role. There’s a large number of talented defensemen in the league and I look forward to getting at as many as possible.

Did you play any other sports in middle school or high school? If so, what were the sports, and do you feel like playing other sports helped you become a better lacrosse player?

I played basketball in middle school which definitely translated to being a point guard on the field. In the off-season, we really get after it with our own inner school open lax league and keep that going year-round. We got great senior leadership and it’s always a great competition going against defensemen like Peter Thomman.

Overtime Question: Emily Lamparter from Mt. Sinai High School wants to know –  “What is the most memorable thing a coach has told you?

That’s a great question! The most memorable thing a coach ever told me was my High School coach told me “play every game like it’s your last game cause one of these times it will be.” I think that was super important and relevant especially with Covid.