Boys Epoch Game of the Week: Montauk Edges past Syosset in 8-7 Nail Biter 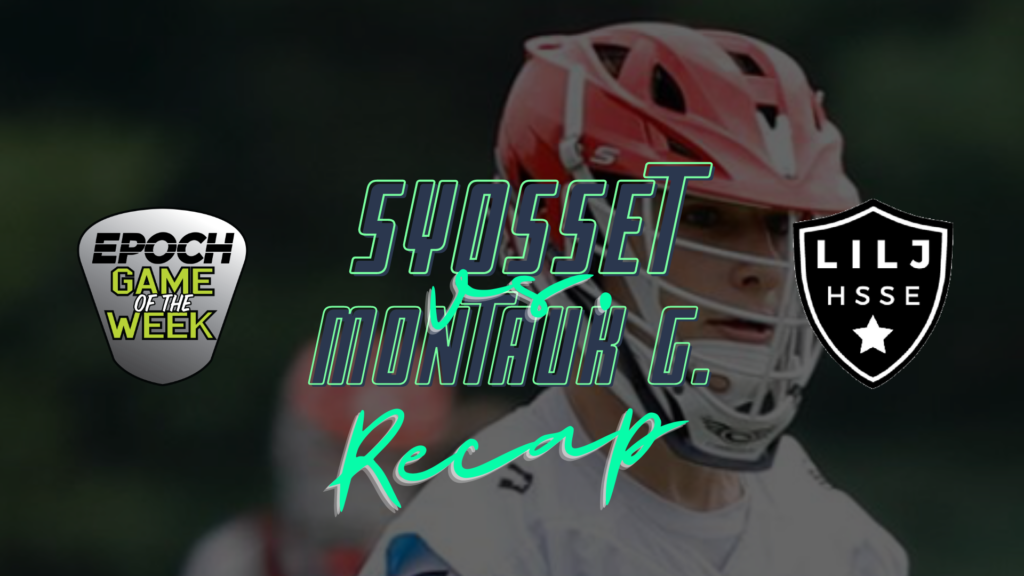 It was a tale of two different types of Epoch Games on Sunday. While the Epoch Girls game was a shootout, the Epoch Game of the Week in our Boys Division was a slugfest to the very end, with the Montauk Green Boys ensuring an Epoch Game sweep with the Girls in a 8-7 comeback win over Syosset.

Led off in their scoring by Liam Lennon, the team’s Epoch Player of the Game who had a hat trick, Montauk managed to overcome Syosset’s incredible scoring output to take the late game lead during back-and-forth man-p plays for both teams.

“It was all about playing with players you don’t normally play with,” Lennon said referring to the fact that most of Montauk’s team has never played a game together. “You gotta get used to playing with different kids and I think the biggest part was being able to communicate even though we didn’t know a of kids.”

Meanwhile, Syosset stayed in the game because of their Epoch Player of the Game in FOGO Luca Accardo. Accardo won 6 face-offs, grabbed 3 GBs and scored a goal to help his team get the early lead. At the end of the game, Accardo and Montauk FOGO Johnny Lewis (one of Accardo’s close friends) locked in a stalemate for a face-off that Lewis eventually won. Despite the score, Accardo liked what he saw from his team in this game.

“Compared to last week, we were ten times better.”

Syosset will next take on Montauk’s Pink team, while the Green team takes on North Babylon.