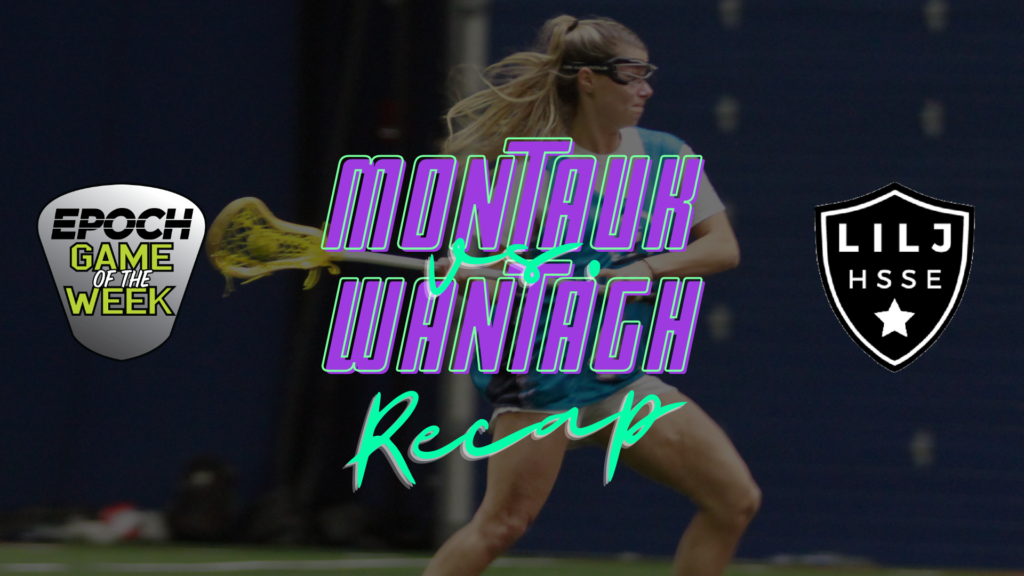 Sometimes lacrosse game are tight nail bitter defensive matchups. Games where the scoring is low but every point matters. And other times you are treated to a scoring firefight between teams with more weapons than a small army. That was the story of the Week 2 Epoch Game of the Week as Montauk defeated Wantagh by a final score of 18-10.

Led by team Epoch Player of the Game (and two-time assister) Natasha Yajadda (UPenn Commit), Montuak was on fire all night. They led early with an 8-3 lead but turned the heat back on when they needed to with Wantagh closing in. The Girls fought hard, especially with many coming straight from other practices for their high school sports.

“I know a lot of us had a game before this,” Yajadda said. “It’s a rough weekend, especially with all the sports right now. So our bodies are taking a toll, but we keep pushing, work together and put a good game up.”

Wantagh was led by Epoch Player of the Game Reilly Brady, and as a team they rallied from that down 8-3 to return within 2 goals before Montauk fired back. Their fight and determination was evident, and they played well.

“We worked well together, communication was very great and we improved well on that,” Brady said. “Our passing and keeping our heads up all game no matter what the score was, that was great.”

The teams will return next weekend, with Wantagh and Montauk playing two games over the course of the weekend.