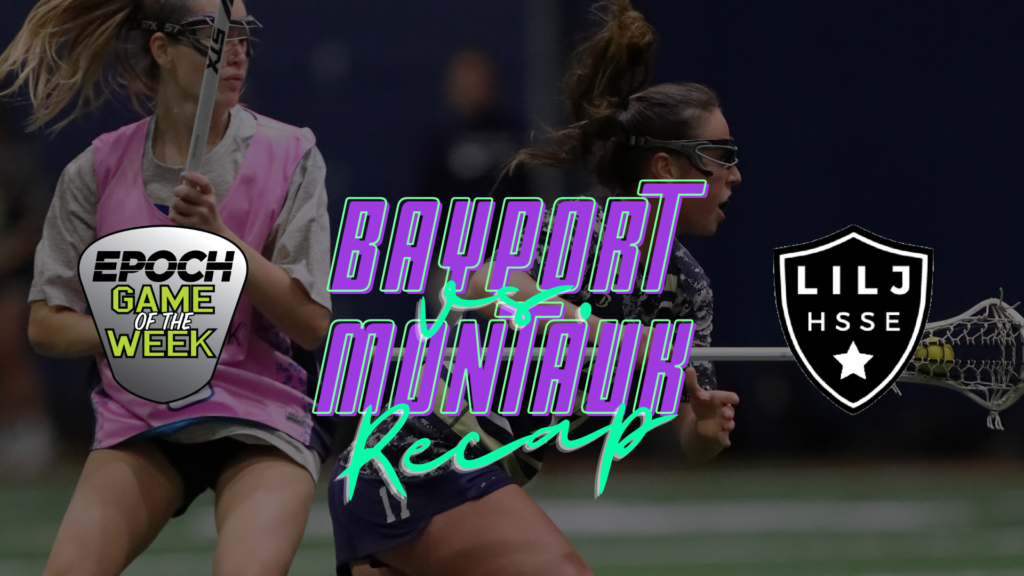 In week three of the girls’ high school spring experience, Bayport Blue Point took down Montauk 11-6 to maintain its undefeated record. The game was close early but Bayport pulled away late to secure the victory

“Our team moved the ball around well,” Rooney said. “When I got the low dodges, I circled around the net and put a couple of fakes and that’s how I put it home.”

For Montauk, the Epoch Player of the Game was goalie Emily Lamparter who made 12 saves. Montauk didn’t have a coach so it was up to the players to make halftime adjustments.

“We were looking at, on the offensive side, taking better shots,” Lamparter said. “We don’t get time to practice a lot so when we’re working on offense, we have to work more as a cohesive unit and that’s pretty much what we said at halftime.

Bayport now sits at 4-0 for the girls’ high school spring experience. They’ll be back on April 10 against Shoreham Wading River. Meanwhile, Montauk falls to 3-1 and faces Islip on April 10.