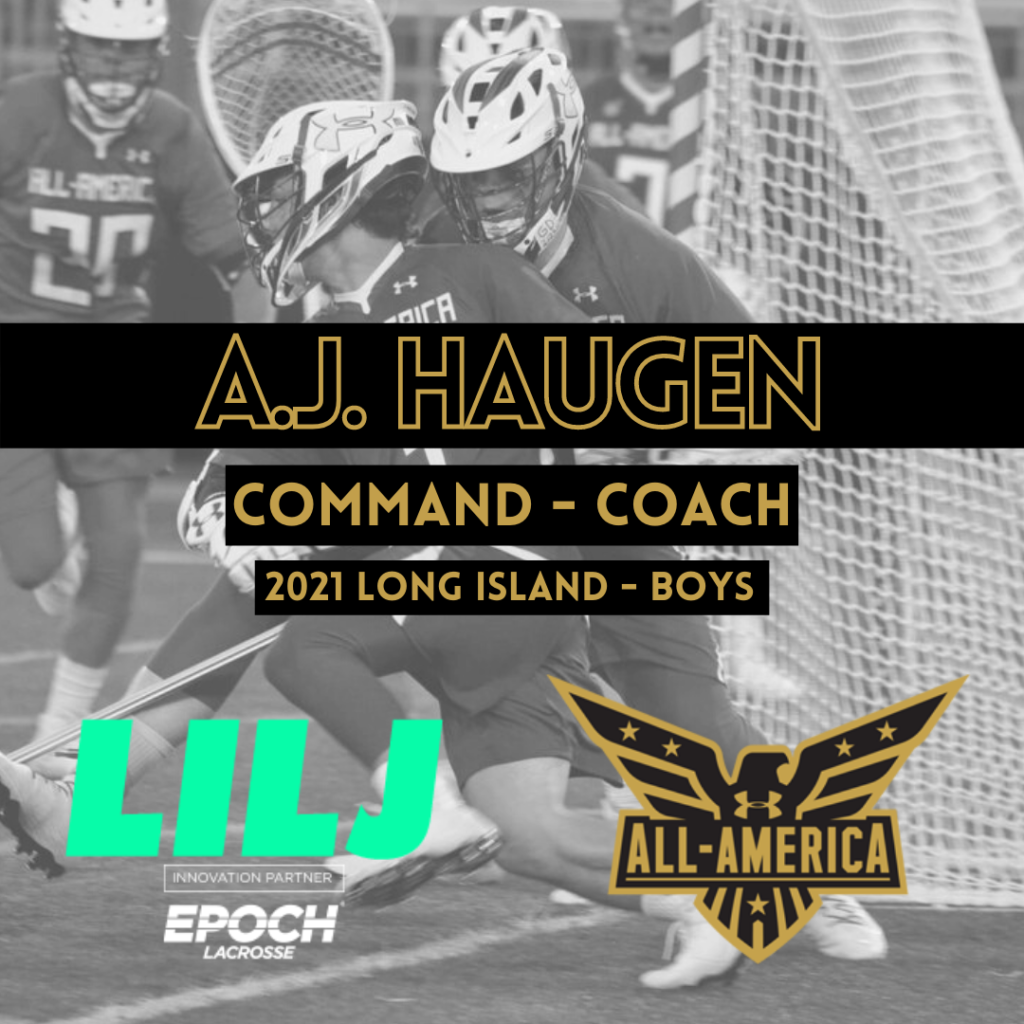 Not many players can say they have been coached by a Hall of Famer. However, the team led by AJ Haugen can boast about such. Haugen’s resume as a player seems endless. He started his career playing at Bethpage where he was a two-time All-American while bringing a championship in 1996. He continued his lacrosse career at John Hopkins where he became a 3x NCAA 1st Team AA. Additionally, he was cast as a member of the John Hopkins All-Time Team.

After his profound success at John Hopkins, he played for the Long Island Lizards and was named to the MLL All-Star team five times and became a 2x MLL champion. The 5x All-Star also played for Team USA and was elected into both the Long Island Lacrosse Hall of Fame as well as the National Lacrosse Hall of Fame. Haugen has one of the most remarkable resumes not only in Long Island but in the country. “Everything I have learned throughout my journey, I am trying to pass on to the guys I am coaching,” said the 5x All-Star.

Now as a coach, Haugen has to adjust his style to find similar success in a different segment of the game saying, “You can’t just go out and do it as a coach.” The difference between coaching and playing has been an adjustment to many. Haugen’s biggest adjustment has been the different kind of control he has as a coach compared to being a player.

As for the Under Armour Long Island games, Haugen is looking to add to his list of achievements saying, “The Ultimate goal is to get these kids to actually play as a team and to win the whole thing.” Haugen, like other coaches, recognizes the tremendous talent in the Under Armour Games, but for Haugen, the big games and the big losses he has endured and prepared him to lead his team to his ultimate goal: being the last team standing.