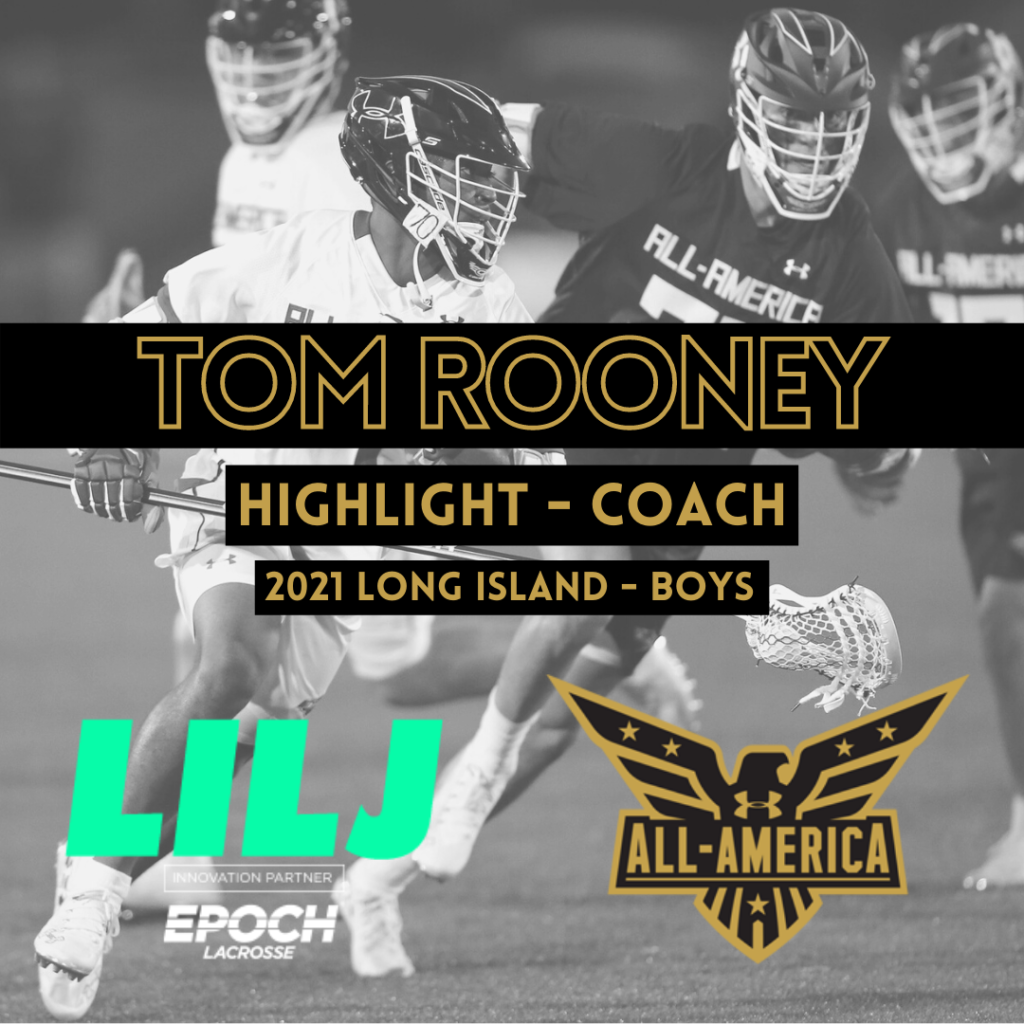 Finding success as a head coach in lacrosse is no easy accomplishment. Tom Rooney, head coach of St. Dominic’s HS, will coach at the Under Armour All-America Games For Long Island. He has coached Hills West, Port Washington, and now St. Dominics.

For Rooney, his success is focused on the players. “I think one of the secrets of success is just really getting to know your players,” says the St. Dominics head coach. Rooney’s coaching career has seen a fair share of coaching accomplishments. He led Port Washington to multiple Nassau County semifinals and finals. He coached Hills West into playoff experience, and in 2019, he won the NY State CHSAA Class A Championship with St. Dominics. In the same season, he also won CHSAA Class A Coach of the Year.

With all the achievements in Rooney’s career, his most special season as a coach was not any specific award or championship. It was the chance to coach his two sons during his first year at St. Dominics.

“Coaching them that year was probably the most special year I ever had as a coach. To be with your sons day in and day out is something I will never get back and I am so glad that I got an opportunity to do it,” said Rooney.

As a coach, he taught them valuable lessons throughout their respective careers. Now, as they both play for Merrimack College, he learns from them as they play on the next level. Rooney picks the brains of his two sons and wants to learn what the college coaches are teaching. Rooney calls himself  “a student of the game,” and is learning from his sons on the next level.

When speaking on the LI team heading down to the Under Armour Games, he said,

“What I am most looking forward to is going back down there with I think a very hungry group of kids.”

Rooney praises the talent in the Under Armour Long Island Games, and he understands that winning this summer is not easy and every region has a tremendous amount of talent. However, Rooney is looking forward to playing against the high-level lacrosse at the Under Armour games saying,

“That whole experience is a really cool experience. It is such a high level of lacrosse, and you are coaching really high-level kids with other high-level coaches. It is a very unique and neat experience.”