IT’S BACK! High School Lacrosse Makes Its Comeback with the Portledge Panthers taking on the Stony Brook Bears 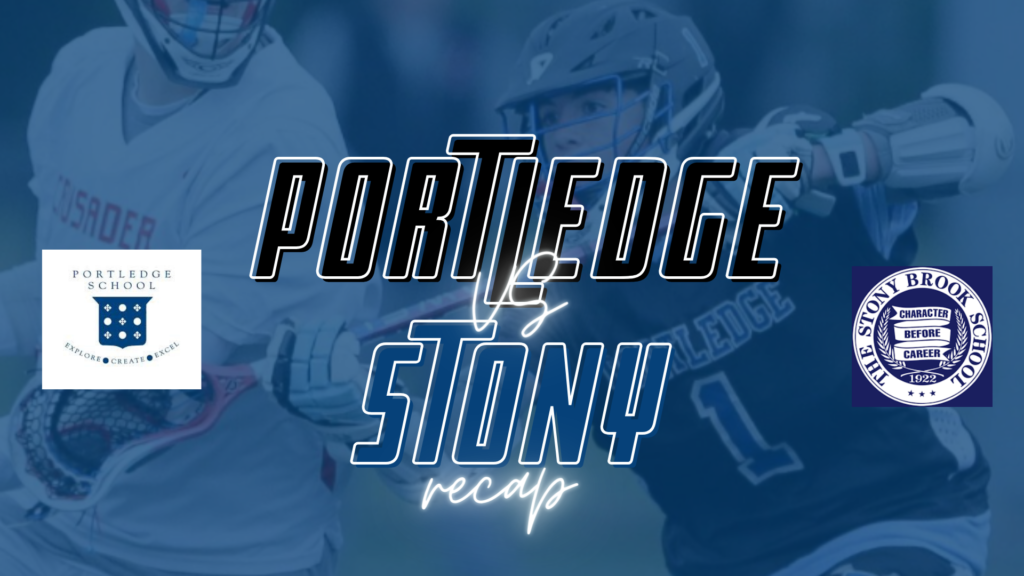 Even though I was not part of the lacrosse community this time last year, I understand how long the wait has been for High School lacrosse. I did the math and it’s been 395 days without a high school lacrosse game! On April 12th, the Portledge Panthers hosted the Stony Brook Bears to kick off the 2021 season!

Let’s set the stage first. On March 12th, 2020, the high school lacrosse season was cancelled due to the pandemic. Through a Spring & big part of the summer with no lacrosse, many lacrosse players were itching to get back on the field. Lacrosse players across the island eventually found opportunities in a variety of places to fill the void and make up for precious time on the field. Now, 395 days later, we finally get high school lacrosse back and we are all excited for it!

In a game between two private schools, the Panthers came out ready to showcase their work in the offseason. To start the game, sophomore midfielder Henry Mercier found junior attack Will Uffelman for a Panther goal. Then, Uffelman scored the next two goals for a quick hatrick! What a way to start a season and coaches takes note of this kid!

Uffelman came out of the break finding sophomore attack Reese Barnett for his second goal of the game. Even as I talk about the goal scoring for the Panthers, one standout player for the Bears was their freshman goalie Bobby Reuter. He had some impressive saves to start the season and ended the game with eight saves. He had a tough assignment saving shots against Uffelman and the rest of Panthers’ offense. Barnett scored the next goal for the Panthers with a behind-the-back shot right in front of the cage.

The Panthers went into halftime leading 10-0. Then, to open the third quarter Uffelman wrapped around the cage for his fifth goal! He finished the game with five goals and three assists. Another big story of this story was Joe Scandalious going 3G and 2A. He’s the second leading scorer on the team and has been a key contributor at Portledge for years. Expect Scandy to have a big year in 2021!

The Panthers scored five goals in the second half securing a 15-0 win over the Bears. After the game, the LILJ checked in with Head Coach of Portledge Nick Woll, as he reflect on this game he said,

“It was great to be back out there coaching and seeing the  boys have an opportunity to compete. We had a solid week of practice and came out ready to play. It was an impressive performance for a first game, but we’ve got a long way to go  to get to where we want to be.”

Please continue to follow the LILJ this Spring as we expand our coverage of Long Island lacrosse all season long!