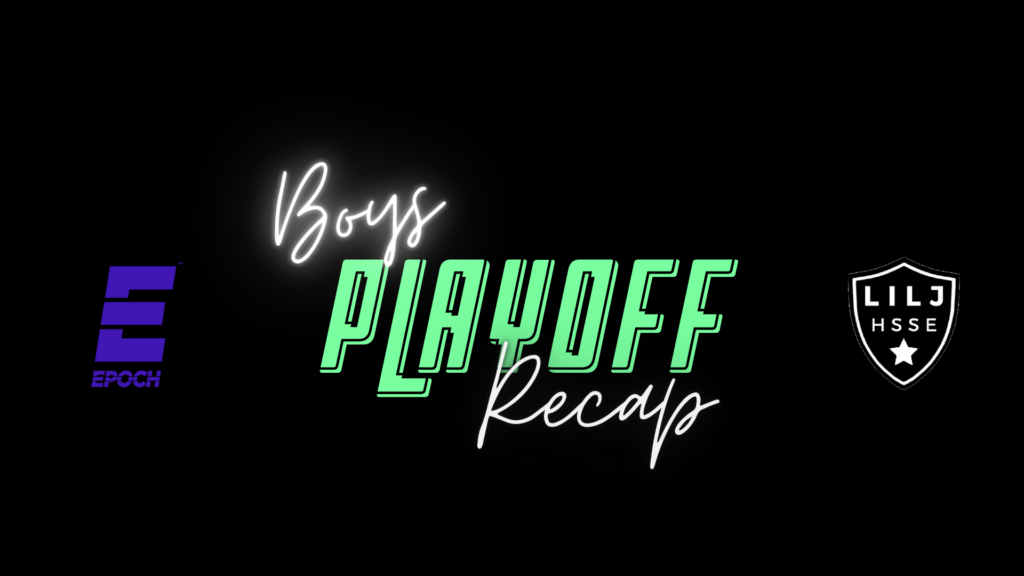 North Babylon won the opening face-off and Amir Slaughter found Jack Cornell in front of the goal for a quick goal to add to their lead. Luke Breslin scored Commack’s first goal of the game getting his shot passed Connor Murphy. Gregory Herbst and Jack Cornell helped North Babylon’s defense in the second half pressuring Commack’s top attacks. North Babylon finished the game strong scoring the final two goals and winning their first game of the season 8-3. North Babylon did not get any rest and had to play Smithtown East for a spot in the semi-finals.

A gassed North Babylon team matched up against the number one seed for the boy’s league. Smithtown East jumped to a four goal lead to start the game. Joe Hobot scored the first goal then Owen Carroll stole the ball from North Babylon’s goalie Timothy Vine and scored on the open net. Smithtown East’s offense dominated North Babylon’s defense scoring 11 goals in the first half. Some new faces contributed to Smithtown’s offense including Sean Stickle and Andrew Donato scoring multiple goals each.

Chris Cappelmann started the second half with a highlight reel behind-the-back goal. Keep an eye out for that goal on our GLE top 10 plays from championship weekend! With nine minutes left in the game Spencer Mace found the back of the cage for North Babylon for their  first goal of the game. After playing a tough game against Commack, North Babylon had to follow against an even stronger opponent in Smithtown East and could not keep up. Smithtown East won 18-1 and will play the winner of Syosset & Calhoun tomorrow.

In a highly anticipated match-up between free-agent team Montauk Green and a storied program in Ward Melville. Ward Melville jumped to a two goal lead after their star Nikolas Barbero wrapped around for the goal then AJ Folkman stung one from deep for the goal. A shorthanded Montauk Green struggled out the gate turning the ball over a few times which pumped up the Ward Melville bench. Nick Bruckner scored back to back goals increasing Ward’s lead to four.

Gavin Jacobsen scored Montauk Green’s first goal with nine minutes left in the first half. Montauk Green’s goalie Owen Connolly made some great saves to keep the game close and Joseph Cieleski beamed one in to start the comeback. After another goal from Jacobsen, Aaron Cho tied the game 4-4 with a behind-the-back shot right at half.

Jacobsen gave Montauk Green their first lead of the game to start he second half. Then, Barbero quickly answered to tie the game. On the next possession, Bruckner stung one to regain the lead. On the next face-off, Madden Murphy won and immediately scored adding to Ward Melville’s lead. After falling down three with just five minutes left, Jacobsen scored two clutch goals bringing them within one goal. Montauk Green had three golden opportunities to tie the game, but Charlie Giachetti came up with three highlight reel saves to upset Montauk Green 9-7. What a win, Ward Melville will play the winner of Cold Spring Harbor & Montauk Pink tomorrow.

In my upset pick of the weekend, Montauk Pink and Cold Spring Harbor battled for a chance to play Ward Melville. Cold Spring Harbor jumped to a three goal lead that ended with a stinger from new addition Will Spehr. Montauk Pink’s Alex Siegel wrapped around for the goal. SammyMac Arner for Montauk Pink made some clutch saves in the first half to keep the game close, then Patrick D’Amaro shot one from deep to go into halftime down 4-2.

The second half began with amazing goalie play Arner and Carson Kirchner. But, Spehr struck first for Cold Spring Harbor adding to their lead. Trevor Gayron scored the first of the second half after him and Siegel ran a perfect pick and slip play on the right side of the cage. Gayron’s goal sparked some energy for Montauk Pink. Matthew Cangelosi (aka Cango) beamed one as the shot clock expired. As Montauk Pink mounted a comeback, Spehr sprinted coast-to-coast scanning the defense and finding the back of the cage. Spehr’s goal ended Montauk’s comeback and Cold Spring Harbor won 9-6 and will now play Ward Melville in the semi-finals tomorrow.

We saved the best game for last between Syosset and Calhoun. Each of these team’s strengths create exciting match-ups during the game. Alex Vieni started things off for Calhoun, followed by a Jonathan Lewis goal, then Alex capped off a 3-0 start for Calhoun. Dylan Stadler found Luca Accardo for Syosset’s first goal. As both teams struggled to score, Adam Giovinco found Stadler in front of the cage for the goal. Calhoun answered Syosset’s two goals with four straight goals including two goals by Braeden Vieni totaling four goals for the Vieni brothers.

Calhoun came out of their halftime speech pumped. Jonathan Lewis won the opening face-off and sprinted to the cage for his second goal of the day. This goal set the tone for the rest of the game. Calhoun began to pull away from the game after Alex Vieni scored his third goal of the game. Luca Accardo came back and won the face-off and scored. With less than seven minutes left in the game, Calhoun began to stall as much as they could with the shot clock. This forced Syosset to play perfect offense and defense to make the comeback. Finally, to put the game out of reach, Peter Thoman stung on from 15  yards deep to put Calhoun up seven goals with less than two minutes left in the game. Calhoun won the game 12-6 and will play the number one seed Smithtown East tomorrow.