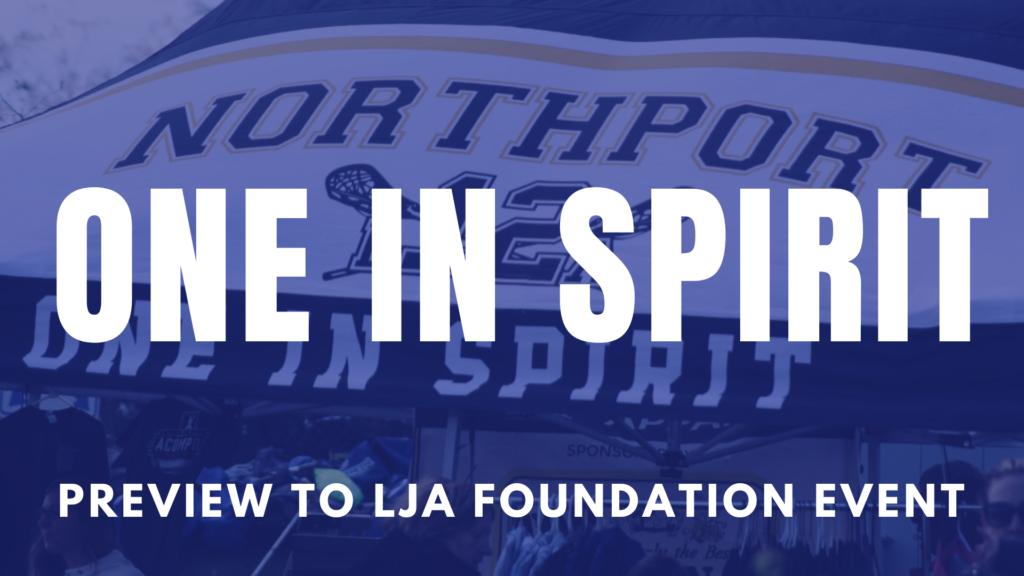 This Saturday, the Louis J. Acompora Memorial Foundation will be hosting two great lacrosse matches to help spread awareness and remember Louis Acompora. In this article we will talk about what this foundation stands for and how it has saved over a hundred lives along the way. Oh, and of course we will talk about some lacrosse too!

As a freshman in high school, Louis J. Acompora started in his first junior varsity game where he was goalie for Northport High School. He was struck by a ball in his chest that caused his heart to stop due to a condition known as commotio cordis. Acompora’s parents came to realize that an automated external defibrillator (AED) could have saved their son’s life, but high schools across the country did not have those readily available in 2000.

This foundation’s goal was to prevent any tragedy like this from happening again, so Acompora’s parents began raising awareness about the effectiveness of AEDs. After attending the National Cardiovascular Care conference, the Acompora Memorial foundation helped lobby for the Federal Community Access to Emergency Defibrillation Act which helped provide public access to defibrillators in emergency cases.

Since the act was passed, over 100 New York State students, janitors, nurses, and parents have been saved by the public access to defibrillators. The first person to be saved with the help of the foundation was a 62-year-old Locust Valley High School football fan after collapsing during a game in 2002. On the Acampora Memorial Foundation website, there are helpful links to help raise awareness about heart conditions and the effectiveness of AEDs.

The phrase “Every life saved is a victory” can be found on the homepage of their website, and this foundation has been victorious ever since its creation. Check out the website to learn more about the Louis J. Acompora Memorial Foundation and how they have saved over a hundred lives throughout New York State.

For both the boy’s and girl’s games, Huntington will play Northport. Let’s preview the boy’s game first then move to the girl’s game.

Huntington defeated Smithtown West in their first game of the season while Northport narrowly lost to Bay Shore by one goal. We are in store for a battle between two duos for each team. Liam Hassett, Jack Krisch, Robbie Smith, Liam Lennon and Christopher Maichin will lead the way for Huntington on offense. Northport will look to their dynamic duo of Michael Meyer and Ryan McCarthy who have nine combined goals on the season so far.

Expect this game to be high scoring and close all the way to the end. Neither team wants to lose on this special day. Northport will be hungry after being upset by Bay Shore in their first game. We had Northport ranked #12 in our preseason rankings while Bay Shore was not on the list. This game will be full of energy and passion between the two teams.

While Huntington was ranked #17 on our list, they have caught momentum and feel really good about their team and its chemistry. They want to prove to the lacrosse community that they are the real deal and they will use this game on Saturday to prove that to us.

For the girl’s game, last time we saw Northport play was when they raised the state championship trophy in 2019. After missing all of 2020’s season, this Northport team wants to win it all not just for their seniors this year, but for the seniors that missed out last year as well. This game will be a measuring stick for this team going against a tough and physical Huntington team.

Of course, Huntington will look to their big three of the Forte sisters and Katie Brown to carry the scoring load in this game. That type of firepower keeps Huntington in every game they play and this game is no different. I expect this game to be extremely competitive as well because of how competitive Jordan Forte is. She will not want to lose this game.

So come by to Veterans Park on Bellerose Ave in East Northport, NY on Saturday, coverage is starting at 2 pm to commemorate Louis J. Acompora. His foundation has saved over a hundred lives since its inception and will continue to save every life they can. There will be some great lacrosse games as well, so come by for a great time!