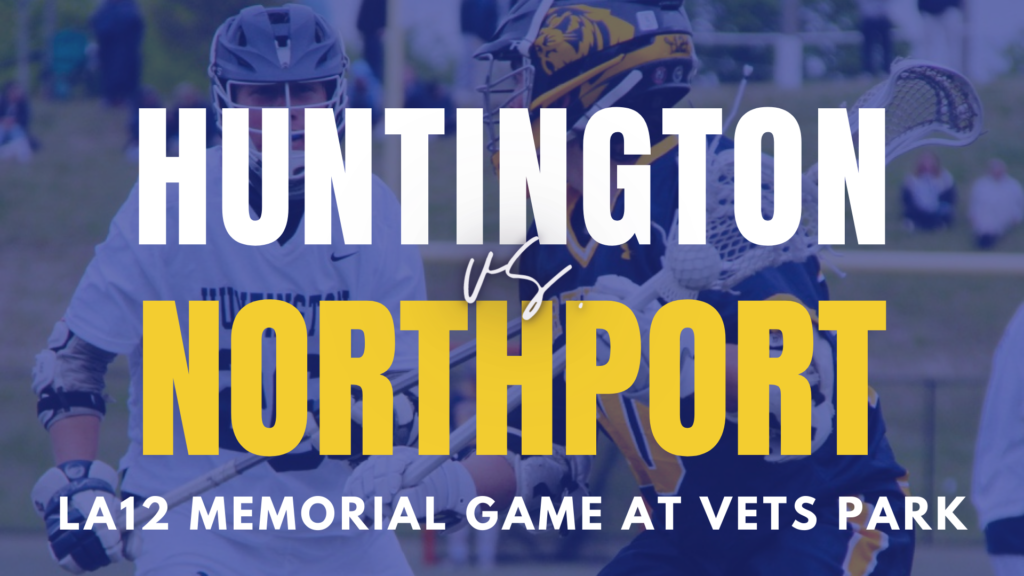 Saturday, May 8th was the 19th annual Louis J. Acompora foundation games. The boy’s game featured two Suffolk County heavy weights, with the Northport Tigers taking on the Huntington Blue Devils. In a game where many expected a lot of offense, we actually got a great defensive battle. Let’s jump into the recap of how this game went down!

Both teams traded goals to start the game. Huntington opened up with an early 2-1 lead, with goals coming from Robert Smith and Liam Lennon. After two consecutive goals by the Tigers, they ended the first quarter with a 3-2 lead. Neither team could get much offense going in the second the quarter, though. Northport’s goalie Andrew Tittmann, and Huntington’s goalie Alex Fascilla were really anchoring the defenses in the first half. Each team only scored one goal in the second quarter, one of which was highlight-reel goal by Northport’s Michael Meyer who was fading away from the cage and shot it over his right shoulder. Northport went into halftime with a 4-3 lead.

The defense for both teams continued to be stifling in the second half, but Huntington kicked it into an even higher gear. Their defenders and long stick midfielders completely shut down Northport’s offense. Any opportunity they had to put the ball in the cage was quickly denied by Fascilla. He shutout Northport’s offense in the third quarter allowing The Blue Devils’ offense to regain the lead at 5-4, with the go-ahead goal scored by Liam Hassett. Both teams could still win going into the fourth quarter. Huntington quickly scored giving them a two goal lead. Then, Northport came back and cut the deficit back to one thanks to a goal by Ryan McCarthy midway through the fourth. The Tigers still had opportunities to tie the game, but the Blue Devils scored consecutive goals to go ahead 8-5 which sealed the win. Smith scored the final goal off of a great feed from John Krisch who found him right in the center of the cage.

After limiting Northport to just one goal in the second half, the player of the game went to Alex ‘The Entrepreneur’ Fascilla who had a remarkable 16 saves and only allowed five goals. After the game, Fascilla mentioned how he was able to see the ball so well and prepare for their sharpshooters:

“We watched a lot of film to be prepared. Early on was a little shaky, but 2nd, 3rd, 4th quarters I really started to see the ball and settle in.”

Talking about playing in such a meaningful game, he said,

“As a goalie, I’m high risk. So I was happy to play in a game for such a meaningful cause with a great team by my side.”

The win for Huntington gives them a 3-0 record in the early going. The loss for Northport drops them to 1-2. The Blue Devils will put their undefeated record on the line May 11th when they host Commack, and the Tigers will play host to South Hampton also on May 11th where they will look to get their second win of the year.