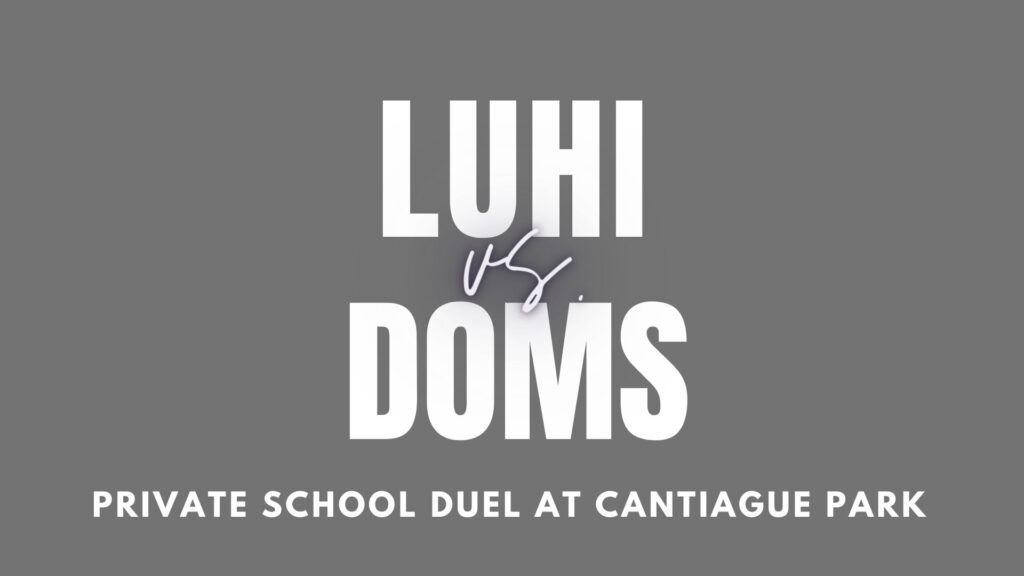 The Lutheran Crusaders survived a big comeback by the St. Dominic Bayhawks to stay undefeated. Lutheran’s 13 goals are the most St. Dominic has given up this season and the Bayhawks’ 10-goal is their lowest they’ve scored this year.

The scoreboard didn’t work but that didn’t stop the goals from coming. Ryan Krudis got Lutheran on the board first and Sergio Ilario doubled the advantage later in the first quarter. After St. Dominic goalie Michael Ippoliti gave the ball away behind the goal, Ryan Banaciski made him pay and added to Lutheran’s lead.

That lead carried into the second but St. Dominic scored early in that frame. Michael Micena sent a pass down low to John Mavlios who beat Lutheran goalie Rocco Sergio with a slick move for the Bayhawks first goal.

After a Micena shot flew through the goalmouth, Sergio and the Lutheran defense lost sight of the ball. Patrick McGovern took advantage of the confusion, scooped up the missing ball, and potted it into the empty cage.

Ilario and Mavlios traded goals seconds apart to result in a 6-3 score. Mavlios’ goal sparked two more from St. Dominic to pull within one at halftime. The score was 6-5.

To open the second half, Cruz passed to Patrick Crawley on his left who tied the game on a well-run transition play. A little while later, Micena fought through tough checks from Lutheran’s defense and put St. Dominic in front for the first time, 7-6.

After losing the lead, Lutheran responded with a four goal surge capped off by a passing play from Matt Caputo to Sam Stewart to put them back on top 10-7.

Each team added another goal before the quarter ended and went into the fourth with Lutheran leading 11-8. The teams traded a goal apiece to start the quarter before Lutheran called a timeout. After the huddle, Caputo charged into the offensive end and scored, giving his team a 13-9 lead.

Casey Johnson scored the last goal late for St. Dominic but it was too little too late. Lutheran won the game 13-10 and stay undefeated.

Banaciski led all scorers with four goals for the Crusaders. Krudis notched a hat trick while Ilario, Stewart and Caputo added two each. Sergio got the win in goal.

Micena and McGovern each grabbed a hat trick for the Bayhawks. Mavlios, Crawley, Johnson and Quinn Campbell each found the back of the net as well. Despite big saves throughout, Ippoliti took the loss in the cage.

Lutheran puts its undefeated record on the line when they travel to Portledge on May 12th. St. Dominic begins a stretch of three-straight road games at Xaverian on May 15th following its first loss of the season.