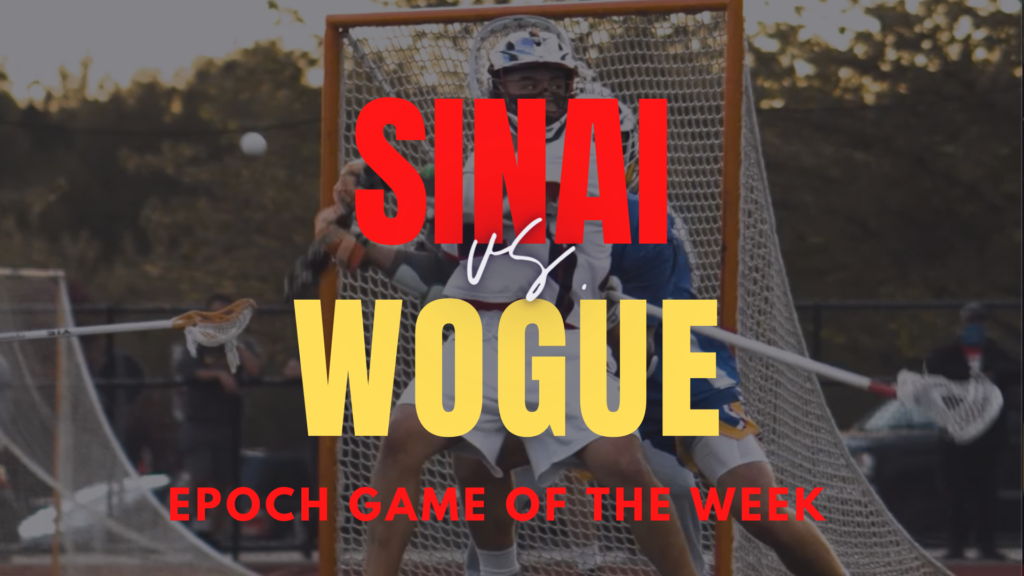 In a highly anticipated match-up between two Suffolk powerhouses, Mount Sinai’s electric first quarter helped lead them to victory. Comsewogue fought back late in the game, but could not dig their way back. Let’s get into this Epoch Game of the Week recap!

In the first night game that the LILJ has covered this season, the high-flying offense of Mount Sinai jumped on Comsewogue in the first quarter. Nick Colantonio started things off for the Mustangs beaming one on the left side of the cage during a man-up situation. The Mustangs did not stop there. Patrick Deckert tossed a dime to James Carretta to go up two. Then, Lucas LaForge was in the teeth of the Warriors’ defense where he freed up one of his hands which was enough for him to score.

The Spallina brothers scored the next two goals for the Mustangs. First, Jake Spallina dashed from X to the right side of the cage a whipped it in the top left corner for the goal. On their next possession, Joey Spallina had his back to the cage and faked like he was going to X, then sniped a behind-the-back shot past the Warrior’s goalie, Mason Oak. In the span of seven minutes, the Mustangs jumped to a five-goal lead before the end of the first quarter!

The Warriors struggled possessing the ball in the first quarter, but Jake Deacy scored their first goal at the end of the quarter. The second quarter was much different from the first. Each team only found the back of the cage once. Matthew Graffeo stopped multiple shots for the Mustangs early on in this quarter. His best save came when Corey Watson threw a pass to Brett Deegan right in front of the cage and Graffeo stuffed him.

Gavin Tackas scored the opening goal of the second quarter who shot it from an extreme angle on the right side of the cage. The Warriors quickly answered when Watson threw a perfect pass from X to Justin Bonnacci cutting in front of the cage for the goal. The Mustangs led 6-2 at halftime.

The story of the first half was the first quarter. The Mustangs came ready to play and forced numerous turnovers on the Warriors clears. It’s hard for any team to comeback from a five goal deficits, so let’s see how the second half went.

The Warriors started with the ball in the second half after a late flag caused a Mustang to sit for the opening minute. James Mantione scored the first goal in a bizarre way. He was on the left side of the cage and saw an open Cole Donely in front of the cage. So, Mantoine tried to thread the needle to Donely and the ball deflected into the cage for the goal.

The Mustangs took a couple of minutes to warm-up in the second half, but Joey Spallina found Colantonio who bounced his shot into the cage. On the following possession, Jake Spallina won the face-off and found his brother Joey for another quick goal to add to the Mustangs’ lead. Michael Katz stung one in for the Warriors to make the score 9-5 going into the fourth quarter.

The Warriors needed a big fourth quarter if they wanted to comeback. But, the Mustangs scored the opening goal and sealed the win for them. Patrick Deckert took a huge check and still scored giving the Mustangs 10 goals on the game. After this goal, the Mustangs started to stall with about six minutes left. Watson and Deacy scored two goals in the final minutes for the Warriors, but it was too little too late for them and Mount Sinai won 10-7.

After the game, we talked to Joey Spallina and the Mustangs’ goalie Matthew Graffeo who were our Epoch Players of the Game. Joey has been a part of this rivalry for three years and he talked about the importance of this game.

“This is a pretty big game and a lot of people come to watch,” he said. “Tonight was a statement game.”

We also caught up with Graffeo after the game who gave us some interesting insight as a goalie in this match-up. He talked about his preparation for the game and how his defense played around him.

“Our defense played really well [in first half] we only gave up one or two goals,” he said. When he talked about his preparation for the game, Graffeo said, “I took it like any other game, did my wall ball on the tennis court before I got here.”

Here is the full post-game interview with our Epoch Players of the Game! Mount Sinai looks to stay undefeated as they host East Islip on May 14th. Comsewogue will try to bounce back when they host Hauppauge. Good game boys!