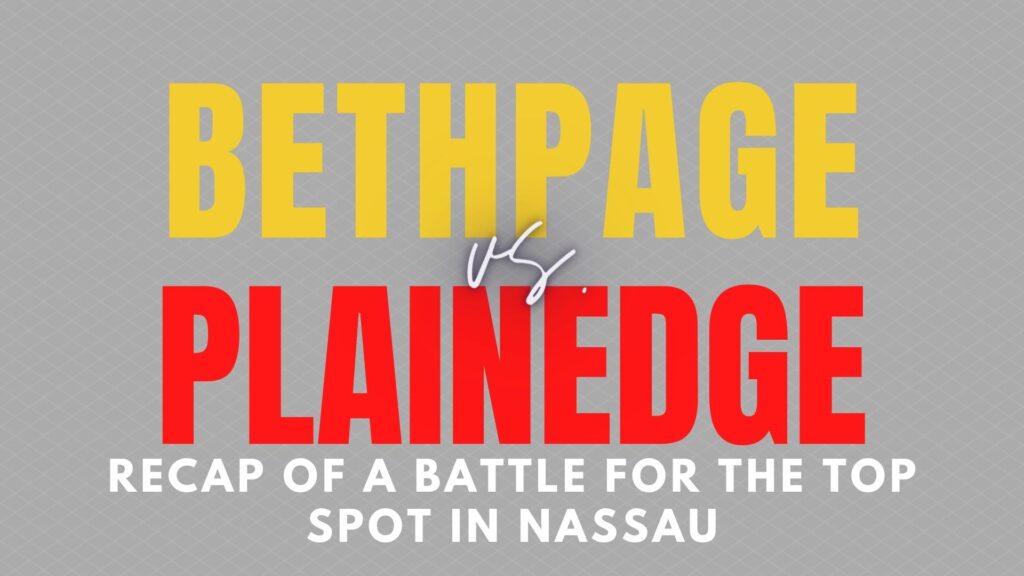 A lot was on the line in this battle between Bethpage and Plainedge. Both teams came in with 9-1 records and were sitting towards the top of the standings in Nassau County. This high scoring, back and fourth affair, saw Bethpage come away with a narrow 16-13 victory.  Kailyn Salony and Madison Traversa had four goals each to lead the team in scoring, and Leah Bestany and Meagan Landers each had three assists. Let’s analyze how Bethpage was able to get their tenth win of the season!

Bethpage struck first in this one after they forced a turnover which led to Landers giving them a 1-0 lead. Moments later, Alyssa Perez forced her way to the cage and put another one in for the Eagles. Up by two, Brianna Wendling attempted a free position shot that was initially saved by the goalie, but the ball ricocheted back to her she scored which put them up by three.

The early deficit for Plainedge meant they needed an answer to stay in the game. They got that from Emma Kelly who had to weave her way through traffic to score. Later in the half trailing 4-1, Maeghan Callow found a cutting Julia Foppiano who scored and cut the deficit to two. Foppiano went on to score her second goal of the game, this time off of an assist from Kelly which made the score 4-3. About midway through the half with Bethpage back up by two, Kelly sprinted coast-to-coast and stung it to bring the Red Devils within a goal once again.

The Eagles countered by scoring two consecutive goals. Landers threw a beautiful lob pass to Traversa who found the back of the cage. It appeared that the Eagles would go into halftime up three goals, but Callow managed to score off a free-position in the closing seconds for Plainedge. Bethpage finished the first 25 minutes with a 7-5 lead.

Plainedge came out of the halftime huddle on fire. They scored three straight goals to open up the second half. Abby Wise came from the back of the cage and turned the corner to flash one through to make it 7-6. Then, Kelly followed that up by scoring a free-position goal to tie the game at seven. The third goal gave Plainedge their first lead of the game. Later, the Eagles tied the game, but Plainedge scored consecutive goals to grab a 10-8 lead. Callow scored on a free-position shot, and the second was scored by Reagan Morra who got right to the center of the cage and flashed it through.

After Bethpage managed to bring the deficit back to one, goalie Nicole Minelli made a huge save to deny Plainedge from going back up by two. The save seemed to be a momentum booster as the Eagles scored consecutive goals in a matter of minutes to re-take the lead. Minelli denied Plainedge again to keep the lead for the Eagles. A flurry of goals by Bethpage including one by Leah Bestany with five minutes remaining gave them a 16-12 advantage. Plainedge cut the deficit to three in the closing minutes but Bethpage came away with a 16-13 victory!

The win for Bethpage improves their record to 10-1 on the season. Bethpage will go for their eleventh win when they play at Locust Valley on June 4th. Plainedge drops just their second game of the season and falls to 9-2. They will have an opportunity bounce back when they travel to Friends Academy also on June 4th.