Girls Varsity: Massapequa vs. South Side 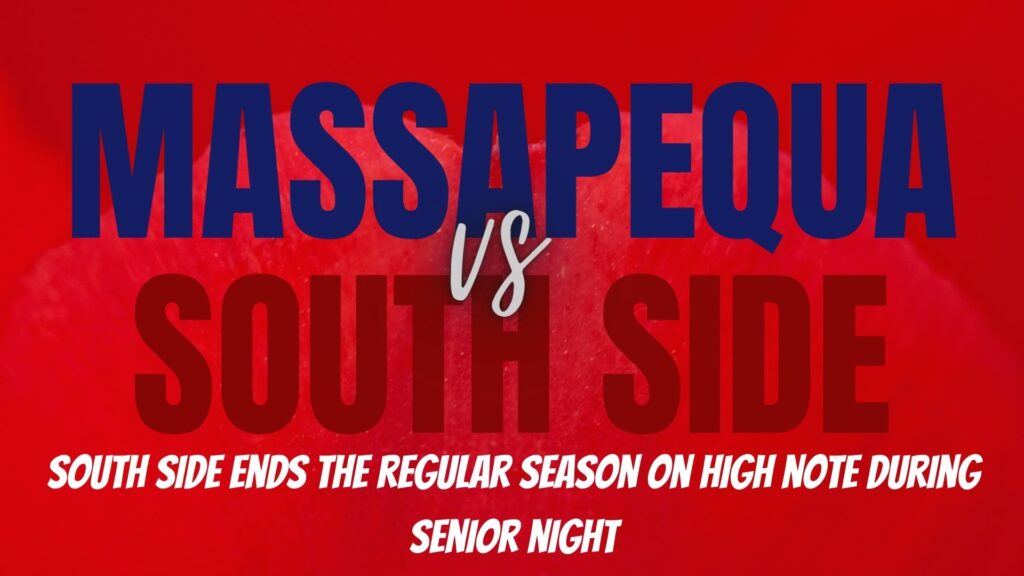 It was the final game of the regular season for both South Side and Massapequa as well as senior night for the South Side seniors! It was a successful send off for South Side’s Katie Davis, Skylar DeLuca, Ella Grace Delmond and Sydney Rathjen. They won 13-7 thanks in large part to the duo of Rathjen and Delmond leading them on offense, and goalie Mackenzie Creagh getting the job done in the net. Let’s take an in depth look at how they closed out the regular season with a win!

South Side won the opening draw and controlled the ball in the opening minutes. Rathjen had her fingerprints all over the first half. She got the the Cyclones on the board first thanks to a free-position goal. Then, Delmond scored back-to-back goals assisted by Rathjen to give South Side a 3-0 lead. Her vision and awareness on the field seemed to be on another level! She got her third assist in the early going as she found a rolling Caitlin Haggerty who capitalized off of the pass. Joely Caramelli got the Chiefs on the board, flashing one through the net to make it a 4-1 game.

But the Chiefs just didn’t have an answer for Rathjen. She scored two consecutive goals to put South Side up 6-1. Massapequa got one more goal right before halftime as Bridget Valentine got to the center of the cage and had an absolute stinger. South Side’s offense was clicking, their defense was forcing turnovers, and Creagh was a brick wall in the net. They went into halftime with a 6-2 lead and looked to maintain the momentum in the second half.

Massapequa won the draw to start the second half, but they were unable to capitalize on the possession. A caused turnover by the Cyclones led to Delmond sprinting down the field and scoring to give them a 7-2 lead. They followed that up with Rathjen scoring her fourth goal of the game, and Delmond scoring her second to give them their largest lead of the game at 9-2. Massapequa tried to stay within striking distance, as Valentine brought them back within six with still 14 minutes remaining in the game.

However, Rathjen was continuing to make her presence known, getting yet another assist finding Haggerty who cut right to the center of the cage. Both teams went on to exchange goals over the next few minutes, which was no problem for the Cyclones who were firmly in control of the game. Massapequa cut the deficit to six thanks to an assist by Jessica Giller which led to the score. Then, the two Delmond sisters connected with Ella Grace dishing it off to Mia who’s scored to put South Side back up by seven.

Massapequa still had time to get back in the game, and Caramelli went into full take-over mode to bring them back in it. She scored three straight goals including two where she finished through contact to make it an 11-7 game with five minutes left. Unfortunately for the Chiefs, the four goal deficit was as close as they come. Emily Iacobellis scored two goals in the closing minutes to give the Cyclones a 13-7 lead and they went on to win by that score.

South Side ended the regular season on a high note, winning their final two games and finishing with a 10-3 record overall going into the playoffs. Massapequa finished the season with a 5-8 record, winning three of their final five games to end the season.