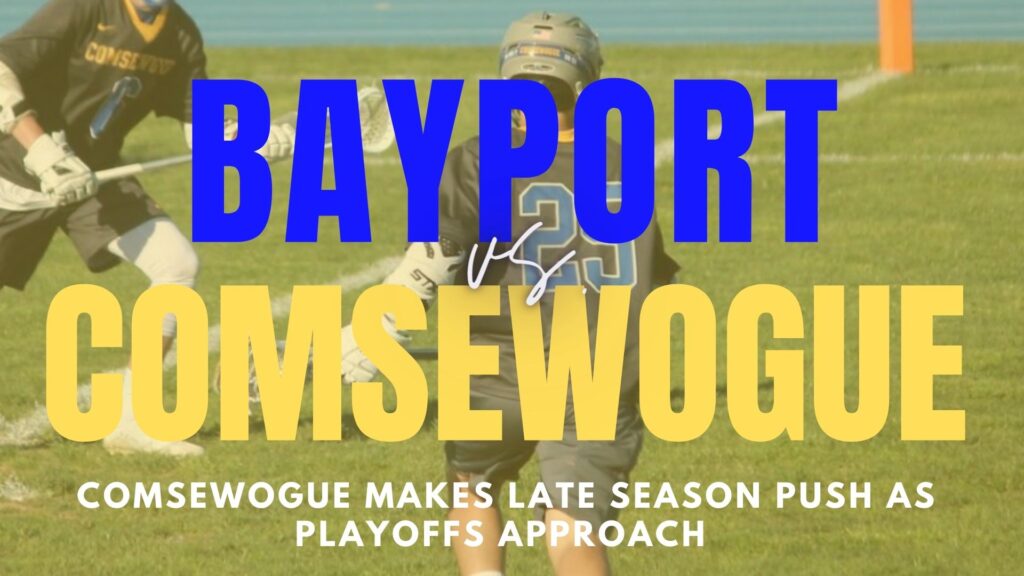 What appeared to be a long defensive battle in the making turned into a one-man show as the Comsewogue Warriors broke through and rallied to defeated the Bayport-Blue Point Phantoms by a final score of 7-3. Led by Michael Katz’s four goal performance, the Warriors notched a season-defining victory late in the year.

Despite what the score might suggest, this game took some time to get going as both teams clamped down defensively. Both defenses posted shutouts in the first quarter as they traded caused turnovers and saves. In the second quarter, Katz scored his first and second of the day within a few minutes of each other. The Phantoms managed a goal from Neil Foley to keep it close, but Katz got a single-quarter hat-trick with less than two minutes remaining in the half. Comsewogue’s stud goalie Mason Oak grabbed four saves in the first half and the Warriors went  into halftime leading 3-1.

James Mantinone got it started back up in the third with his first goal for the Warriors, and Katz poured in his fourth only a few minutes later to put the Warriors up 5-1. Cullum McClancy managed to get one before the end of the third, and a man-up goal from Jameson Smith sparked hope from the hometown Phantoms crowd. But Jake Deacy and Corey Watson burried any shot at a comeback with two late goals in the fourth quarter to end the game.

Without Katz’s electric playmaking early in the game, the Warriors wouldn’t have performed at the level they did today. His output made the difference, and deserves the Epoch Player of the Game for his efforts.

Headed into their final games, Comsewogue hosts West Islip and look to win ten straight games to finish the season. Bayport-Blue Point has lost two of their last three games and hopes to end the season on a high note as they host Harborfields.