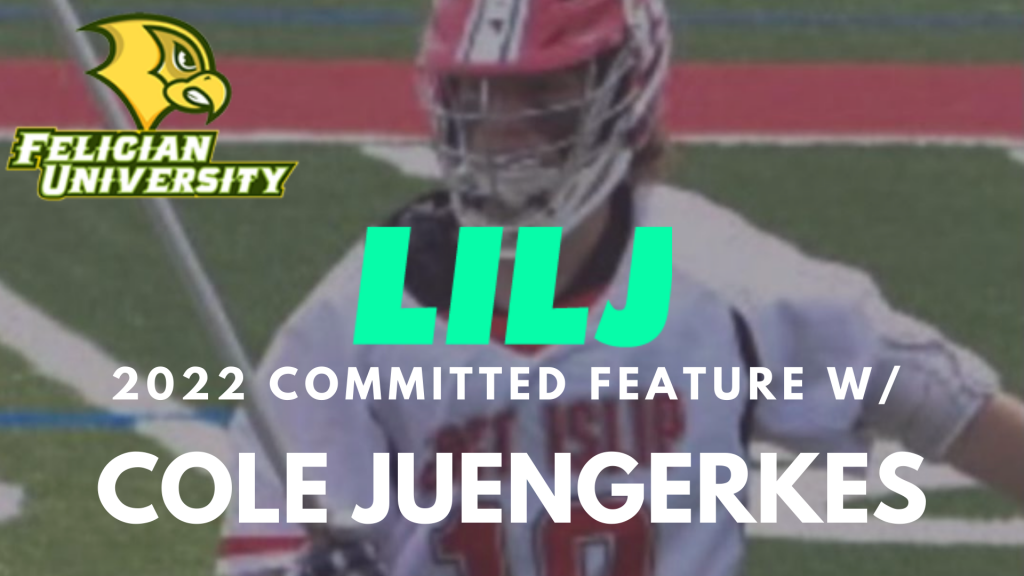 Cole Juengerkes is a senior at East Islip High School looking to have an electric last season as a starting defender for the men’s varsity lacrosse team. Next fall, he will begin his collegiate career playing Division II lacrosse at Felician University.

Juengerkes grew up around lacrosse his whole life and has two cousins who played lacrosse at the college level. He quickly found his love for playing and has continued to pursue his passion throughout high school. He has had a great experience with his varsity team and said, “the coaches are really supportive, they always gave me a chance.”

The goal for his senior season is to make it to the Long Island Championship. He points out two of his fellow defensemen, Steve Demicis and Nick Perone, as strong players he gets to play alongside. He is very excited to see where the season goes with their strength in that part of the field.

In preparation for his final season at East Islip, Juengerkes has been focusing on defense specific training drills. This includes lots of footwork, ladder work, and positioning. “We’re really ready to go out and make some plays,” he said.

Juengerkes started playing for his club team, Long Island Rush, three years ago. Starting at the end of his sophomore year he started emailing coaches and by his junior year he was speaking on the phone with coaches directly. He thanks his coaches for all their help in his recruiting process.

What some people may not realize, is that the recruitment process for this current senior class of athletes was extremely difficult with all the setbacks, cancelations, and restrictions due to COVID-19. He spoke about some visits that included limited interactions with coaches and kept him out of the facilities. By the time he visited Felician University, the regulations had loosened, and he was able to have more personal interactions with coaches and students.

He was blown away by the new facilities and how beautiful the campus is. Academically and athletically, he sees it as a great fit. “I’m definitely wanting to study business law there,” he said. It is a strong academic program at the university, and he is considering becoming a defense attorney. The coach really sold him with his vision for the program. He described it as more of a start-up program where there is a lot of potential athletically.

“I’m definitely excited to play with those guys, they’re great and hilarious,” he said. “It was just a great time at the prospect day.”

Juengerkes knew he wanted to play at the next level, and he left some advice for those looking to do the same. “Take your time, there’s just no need to rush. You can really look at your options and see where you fit in- where you can see yourself bonding with people and growing up.”