Posted on September 10, 2021 by Brendan Capozzi 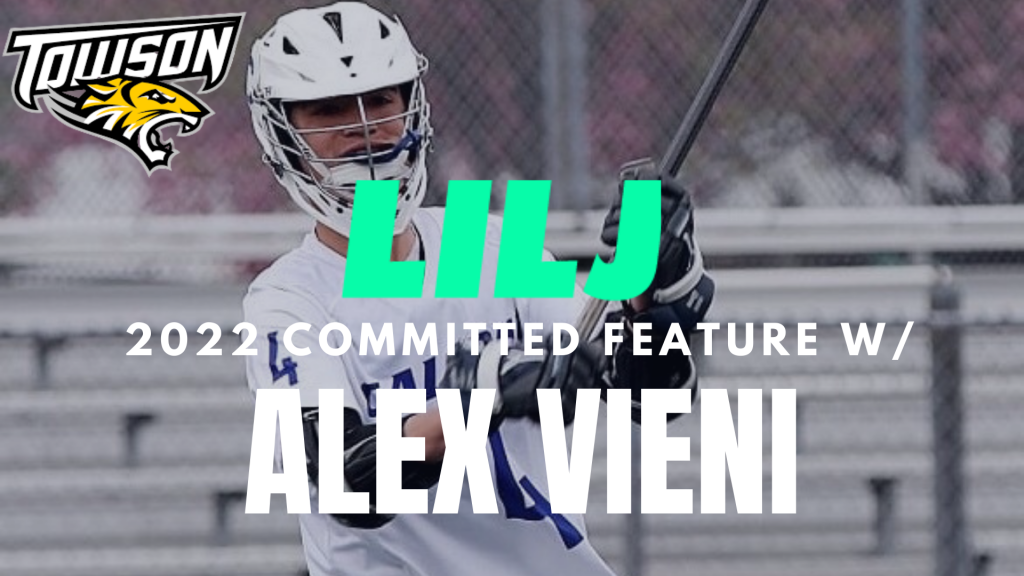 When September 1st came along, this was a time for college coaches to get to work and find the next big star in the sport of lacrosse. This is an exciting time for high school athletes because their phones are ringing nonstop. They are anxiously waiting to see what college is calling them to be a part of their program. For some, this recruitment process may take a day or even a couple months. However, I had a conversation with one athlete who just signed a college contract to play lacrosse. Alex Vieni is an attacker from Calhoun High School in Merrick, New York and is committed to play for Towson University in the fall.

With a spectacular season last year of 6 ground balls, 28 goals, 18 assists, and 45 points, Vieni has one personal goal and a team goal for this upcoming season. “I want to get around 60-70 points. My big goal this year is to get to the county chip.” With Vieni putting up these numbers and being a team player, there is no surprise that college coaches were calling about him. When looking at his options for college, he said that “I really want to get a full college experience. I wanted to go away from home.” As it pertains to the lacrosse aspect of his college career, Vieni was looking for “a coaching staff that trusted me as a player and they were really pushing for me.”

He found that perfect match with Towson University in Maryland and head coach Shawn Nadelen. “He came to me and was super patient. I talked to all the coaches. He let me talk to the players. He threw out the offer and said you take your time.” With his commitment to Towson, Alex will be a part of the Colonial Athletic Association (CAA). This conference has a lot of big names including Delaware, Northeastern, James Madison, and Elon. However, Alex is ready for the challenge when it comes to playing in this loaded conference. “Winning the CAA is important to me because winning the CAA would mean a shot at the national tournament.”

With the goal of winning a national championship, Alex will do anything possible to help the team reach that achievement. He will step onto campus in the fall and while playing lacrosse, he will be studying finance. However, his senior season comes first, and he will do anything possible to help Calhoun end on a high note with hopes of winning a championship.